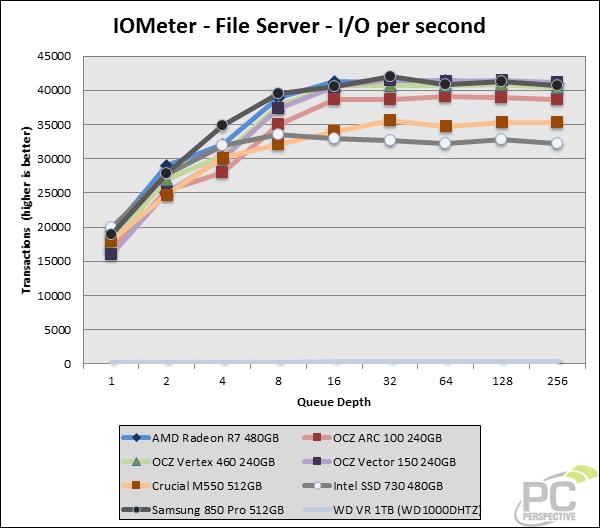 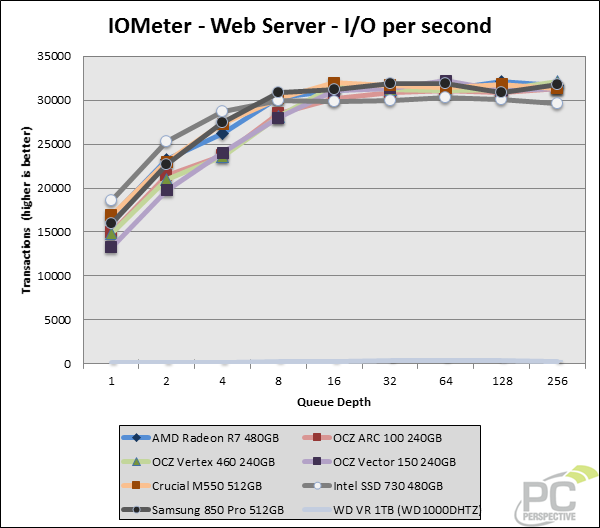 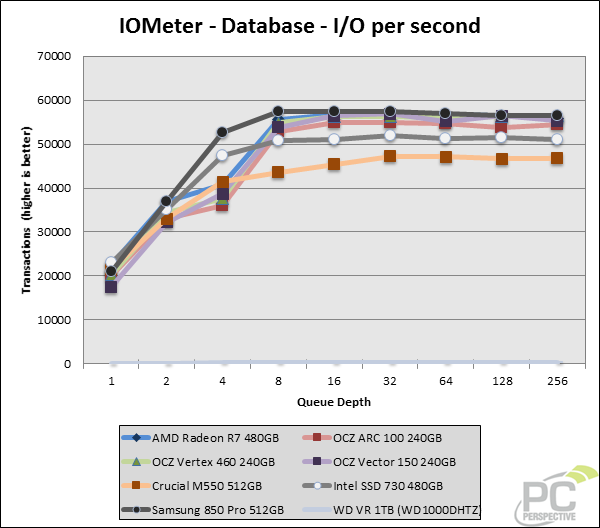 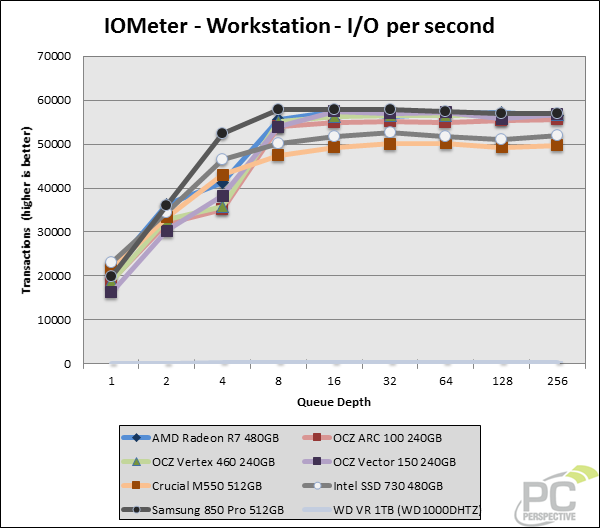 If you note the signature Barefoot 'zig' seen at QD=4, you'll see that same pattern carries to the Radeon R7 as well. I realize it appears the Radeon R7 is outperforming the Vector 150, but bear in mind we are comparing a 480GB R7 to a 240GB Vector, meaning the R7 has twice the number of dies to distribute the workloads to, which gives it a slight premium on IOPS capability, which shows here. All Barefoot 3 SSDs perform well here, minus the hiccup seen at QD=4, that is. 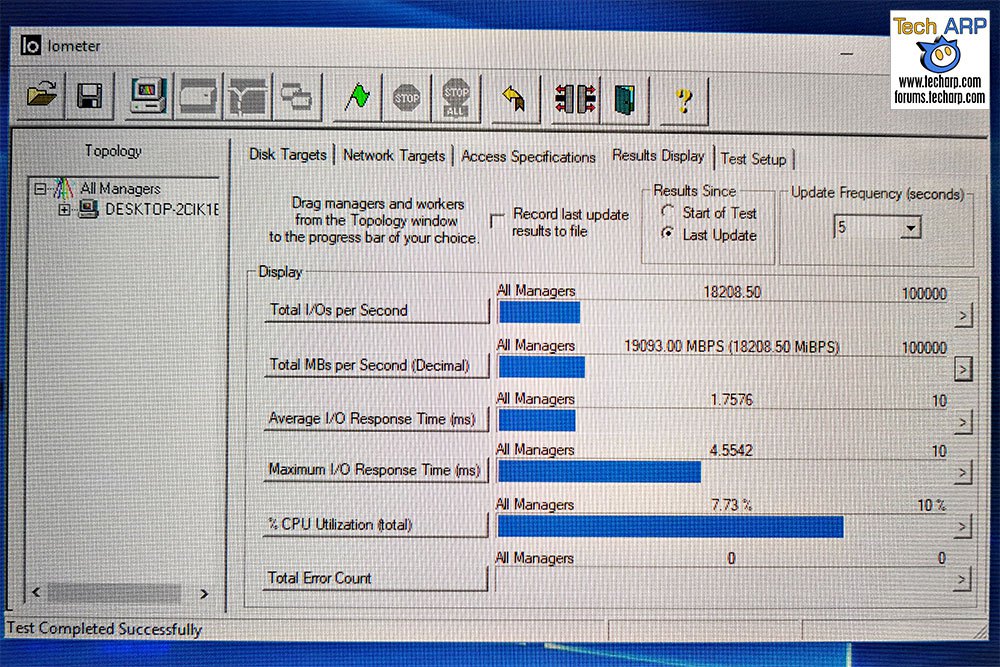