Following rumors earlier this summer, ASUS has quietly refreshed its Transformer T100 tablet. ASUS is now offering T100 tablet versions in multiple colors with a faster Intel Bay Trail processor as well as a version that retains the original SoC but adds a 500GB hard drive to the keyboard dock. I have been keeping an eye on the T100 since it first launched almost a year ago at IFA 2013, and have been eagerly waiting for the rumored refresh. Fortunately, that wait is now over because the updated Transformer T100s are finally starting to appear and be available for purchase on retailers' websites (first at Tiger Direct, then Amazon, and others now).

The T100 is now available in red and white as well as the original gray. The red and white SKUs feature a higher end Bay Trail SoC while the updated gray SKU comes with a 500GB mechanical hard drive nested inside the keyboard dock. The table below lists the model numbers for the new tablets. I should note that there are conflicting specifications at different retailers for the model numbers listed, which makes this under-the-radar refresh so frustrating, but after a bit of digging I believe the specifications to be accurate and any conflicting information to simply be errors on the part of those retailers.

The new colors are nice (I'm partial to the red T100), but the upgraded processor is the truly interesting bit about this Windows tablet (which won PC Perspective's "Best Hardware of 2013" award). The original T100 launched with an Intel Atom Z3740 SoC an the refreshed Transformer T100 uses a higher clocked Atom Z3775. The Z3775 is a higher-end Intel Bay Trail processor with four Silvermont CPU cores clocked at 1.46GHz that can boost to as high as 2.39GHz. The HD Graphics GPU retains the same base clockspeed as the Z3740 but has a higher turbo frequency of 778MHz (versus 667MHz on the Z3740). The table below lists the specifications of the two chips. The new SoC has significantly higher CPU clocks and a decent boost to potential GPU horsepower (thermals permitting).

The refreshed T100 has an MSRP of $399 USD for the red and white versions with 64GB eMMC storage and gray SKU with 32GB internal storage and 500GB keyboard dock though retail prices are slightly less than that at the time of writing. The Transformer T100 with 64GB eMMC and additional 500GB hard drive has a retail price of around $450 but the MSRP is unknown. 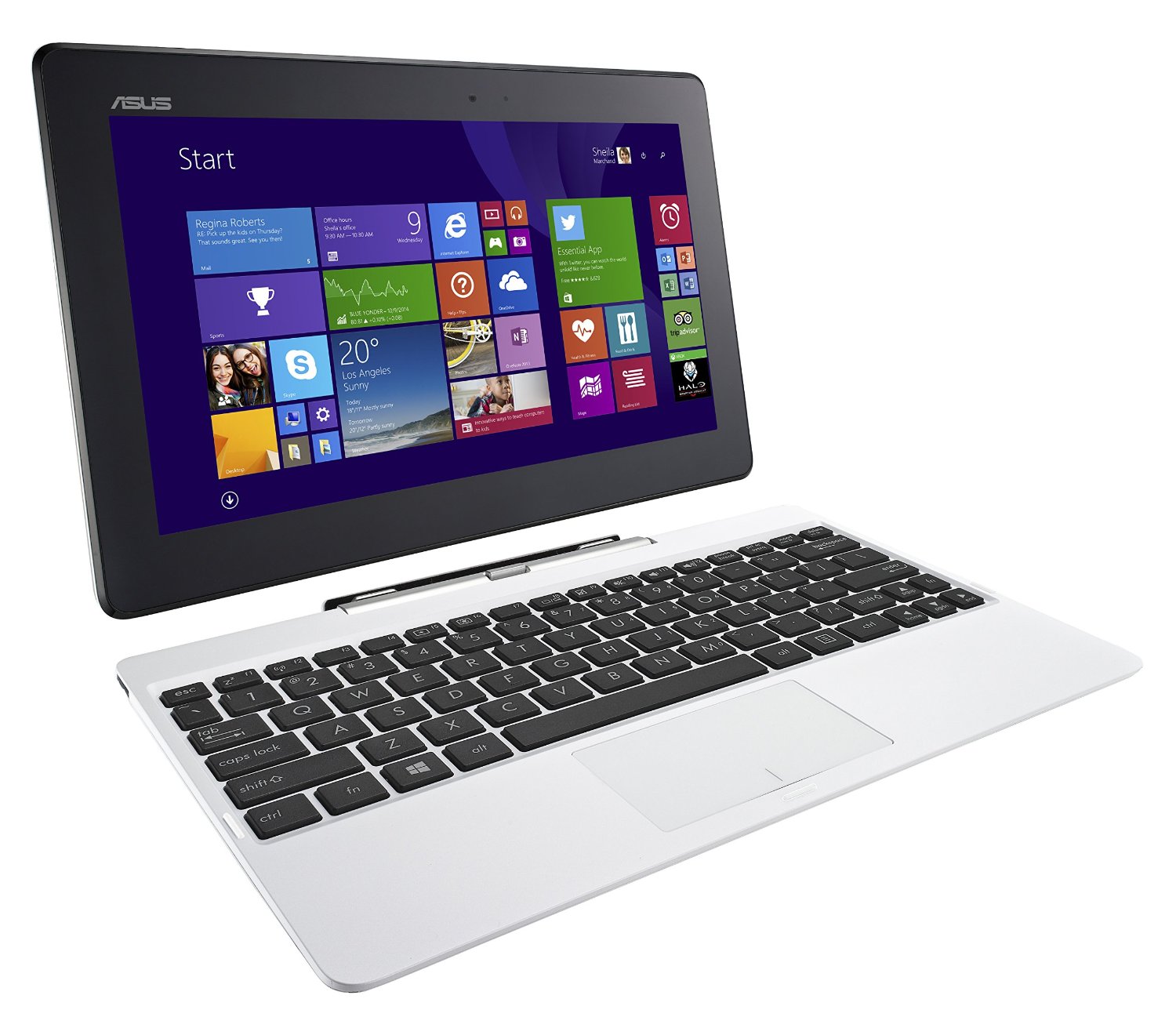 If you have been holding off, now is a good time to pick up an updated version for a small price premium (or an older version at a discount!). However, if you already own a T100, the relatively minor update will is a hard to justify upgrade (you would likely be better off waiting on Cherry Trail-based devices with better battery life or other improvements as possible upgrades).

Too Psyko for the Podcast but not for your ears