Putting it all back together

Going with the naked die approach may net you the best temperatures, but it is also the most perilous and could easily result in a cracked die or dead CPU. You will need to obtain a CPU spacer specially made for your Haswell CPU to protect the naked die against uneven forced exerted upon it when fixing the CPU cooler in place. 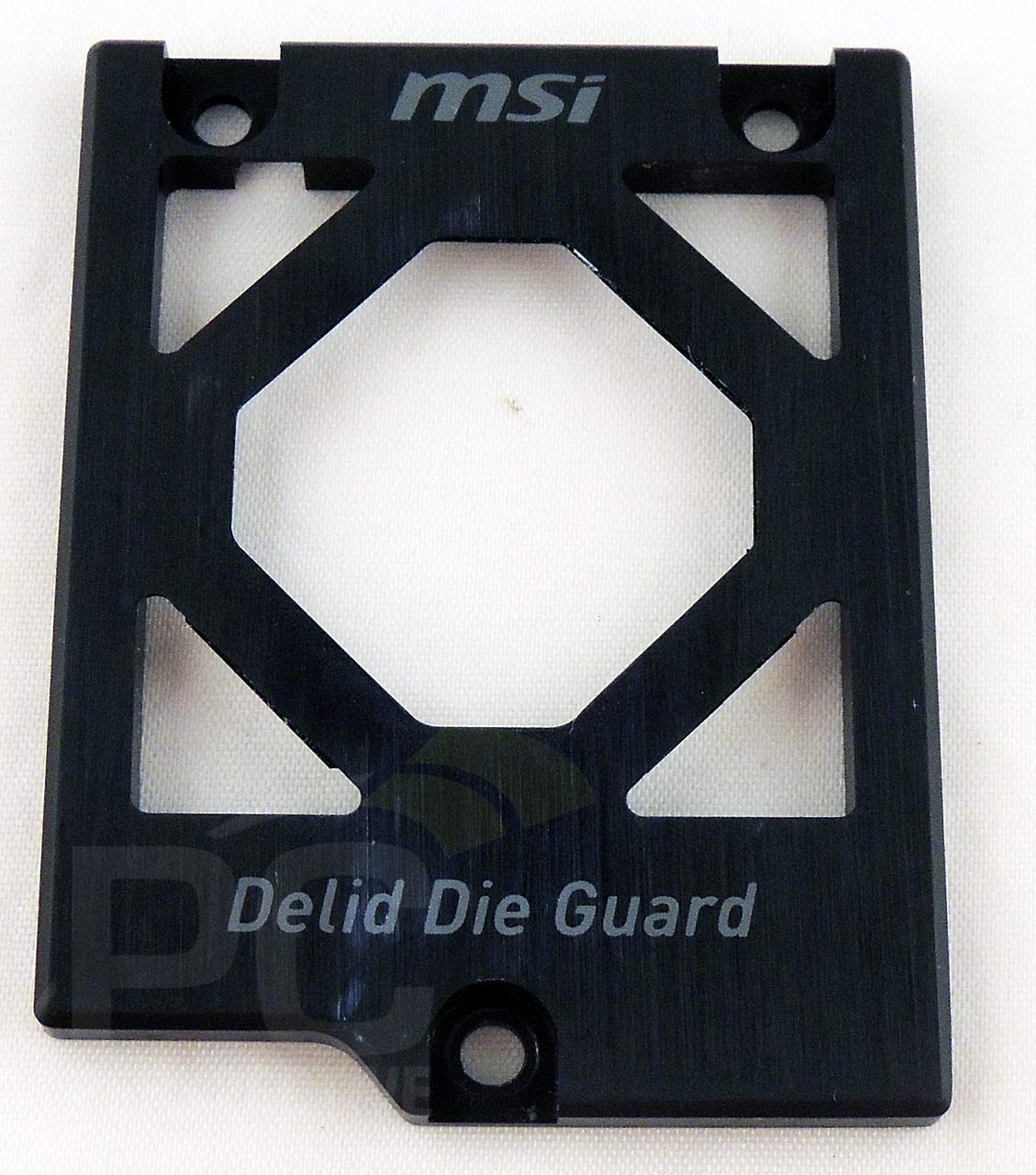 MSI includes such a device, dubbed the MSI Die Guard, in with their Z97 XPower motherboard. To use MSI's spacer, you must first take apart the existing socket hardware using a T20 torx headed screwdriver, carefully place the CPU in the socket, and then fix the MSI Die Guard in place using the socket screws and the socket backplate. 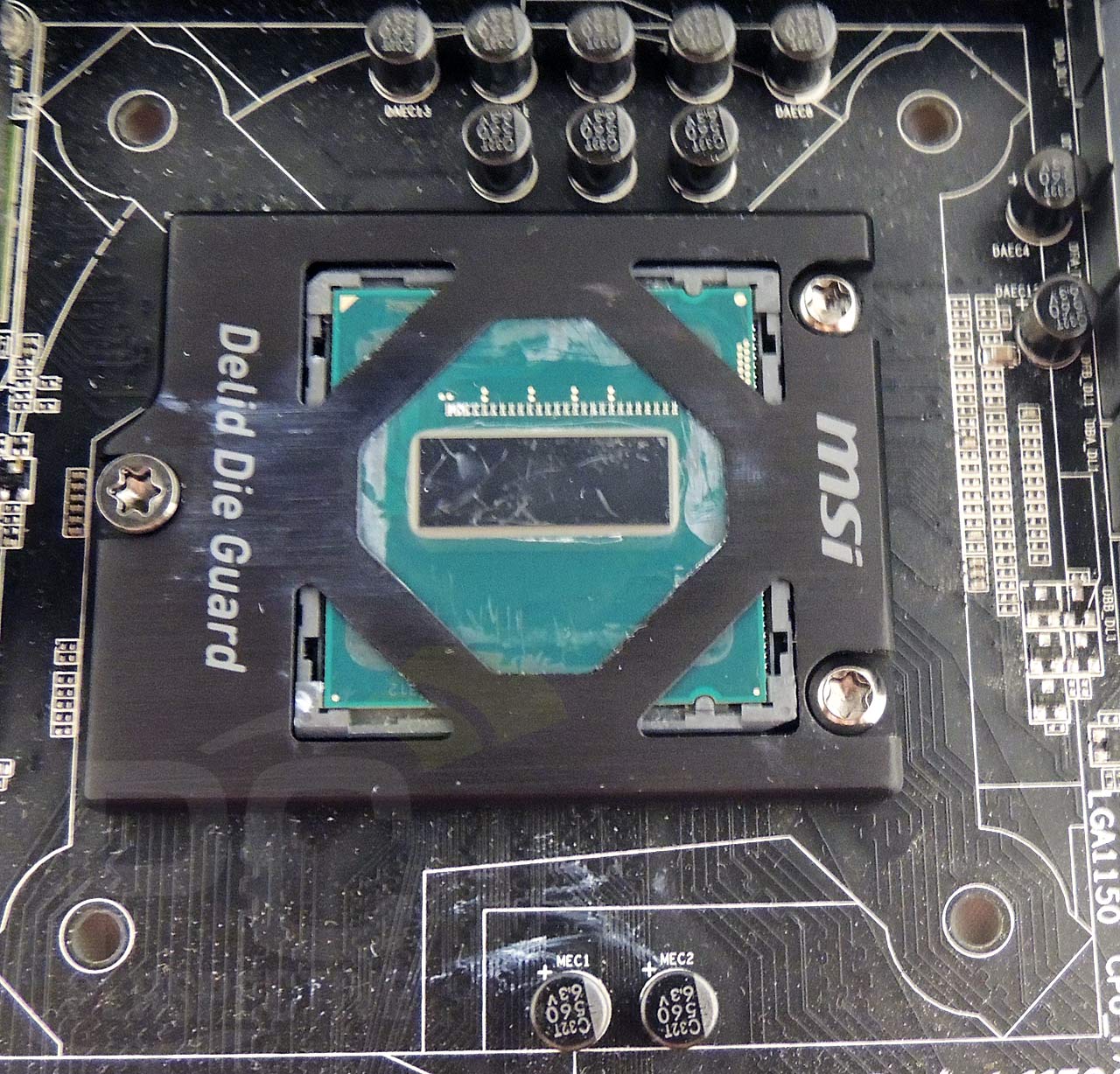 If you have reassembled the socket corrected with the CPU in place, it should reassemble the socket picture shown above. At that point, you carefully mount the CPU cooler in place and fire up your system. If all went well, you should notice significant temperature improvements.

Being that I have had much experience with naked die cooling from back in the days when AMD still shipped their CPUs without heat spreaders, I was certain that I was up to the task to handle direct die cooling of my Intel 4770K CPU in conjuction with the MSI Die Guard. It did work for a little while. I saw major decreases in running temps, upwards of 10-20C with much better temperature consistency across the cores. Being the tinker I am, I decided to see if I could get better temperatures with different water blocks – thats where the problems began. On my next system boot, one or two of my cores jumped to 100C under load even with the CPU at stock clock settings. 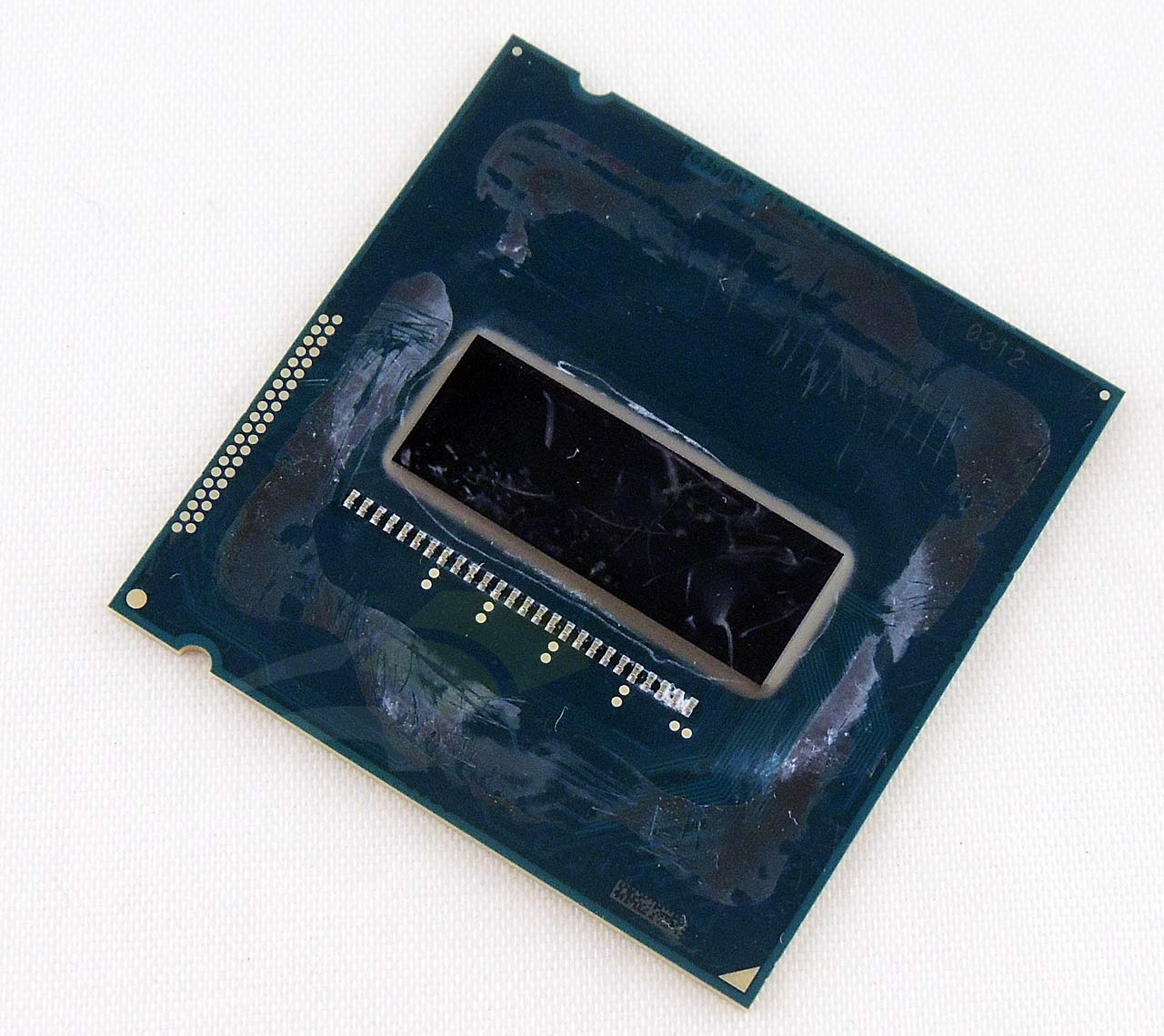 I removed the CPU only to find that the CPU die has spider-webbed on me as shown above, even with the MSI Die Guard securely and correctly in place. Luckily, the CPU was not totally dead but was unusable in its current state for prolonged period of time (read that as usable in my primary system). Your mileage may vary on this, but if you do decide to delid your processor, I would recommend going with the heat spreader approach and not even attempt the direct die cooling. It could be a costly adventure if you do… 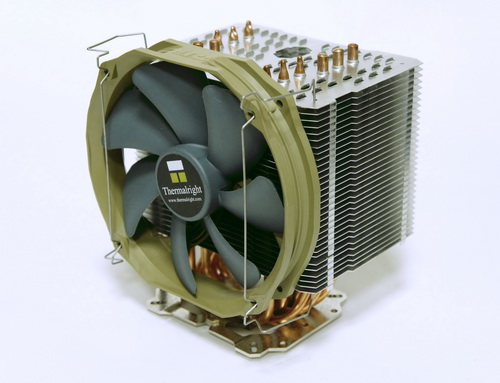