Take it with a grain of salt as always with leaks of these kind but you will be interested to know that videocardz.com has what might be some inside information on Haswell-E pricing and model numbers.

As you can see there is a big jump between the affordable i7-5820K and the more expensive 5930K.  For those who know they will stick with a single GPU or two low to mid-range GPUs the 5820K should be enough for you but if you have any thoughts of upgrading or adding in a number of PCIe SSDs then you might want to seriously consider saving up for the 5930K.  Current generation GPUs and SSDs are not fully utilizing PCIe 3.0 16x but that is not likely to remain true for long so if you wish for your system to have some longevity this is certainly something you should think long and hard about.  Core counts are up while frequencies are down, the 8 core 5960X has a base clock of 3GHz, a full gigahertz slower than the 4790K but you can expect the monstrous 20MB cache and quad-channel DDR4-2133 to mitigate that somewhat.  Also make sure to note that TDP, 140W is no laughing matter and will require some serious cooling.

Follow the link for a long deck of slides that reveal even more! 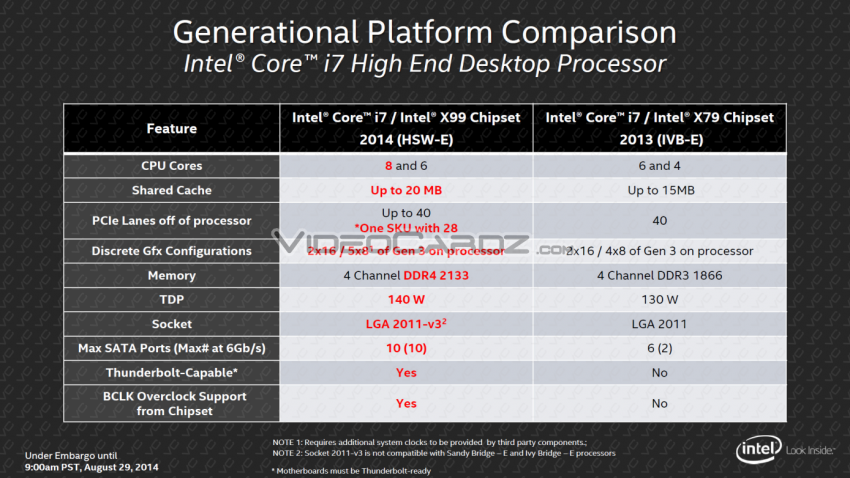