The Hardware and Overclocking

The 2011-v3 socket, that Haswell-E fits into, is very familiar but the physical appearance of the heat spreader has indeed changed. 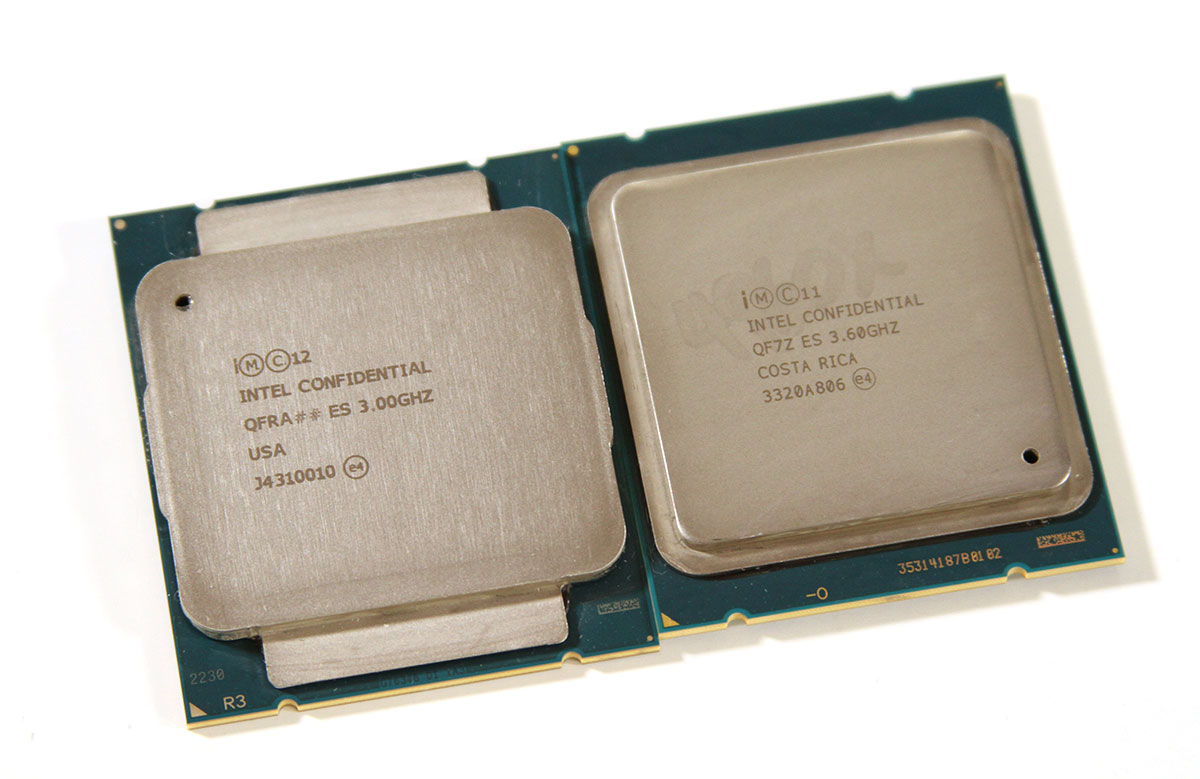 The updated HSW-E part, on the left, looks much more like the Xeon parts than the mainstream CPU designs at this point, which really just makes the most sense. These are still pin-less processors that have pads on the bottom to make contact with the motherboard pins directly. Other than appearances and some keying to prevent incorrect installation, it is very familiar. 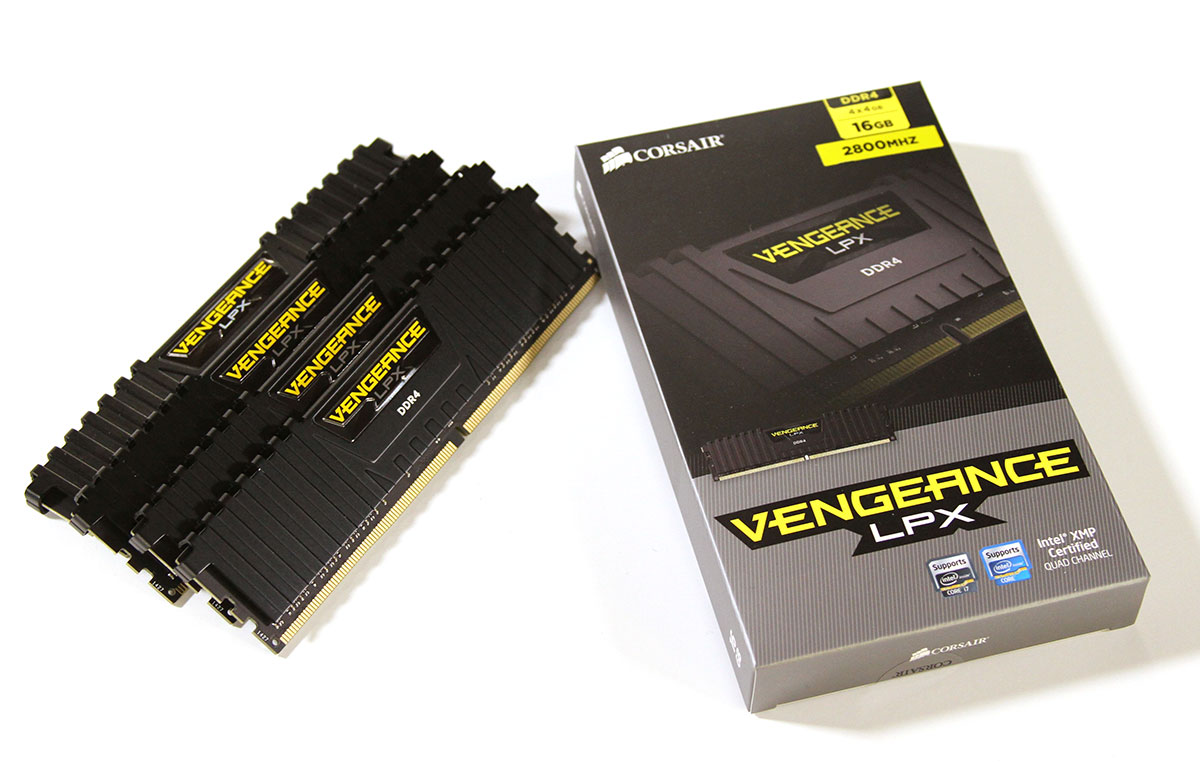 For our testing, Corsair sent over a set of four DDR4 modules, 4GB each for a total of 16GB of system of memory. This kit is rated at 2800 MHz, although I ran it at 2133 MHz during our initial testing and benchmarking to set some baseline performance going forward. There are some quirks with DDR4 memory over 2666 MHz and how XMP works that we'll discuss later, but again, other than pin-count, PCB angling and the ICs on the modules, the technology and installation process remains unchanged. 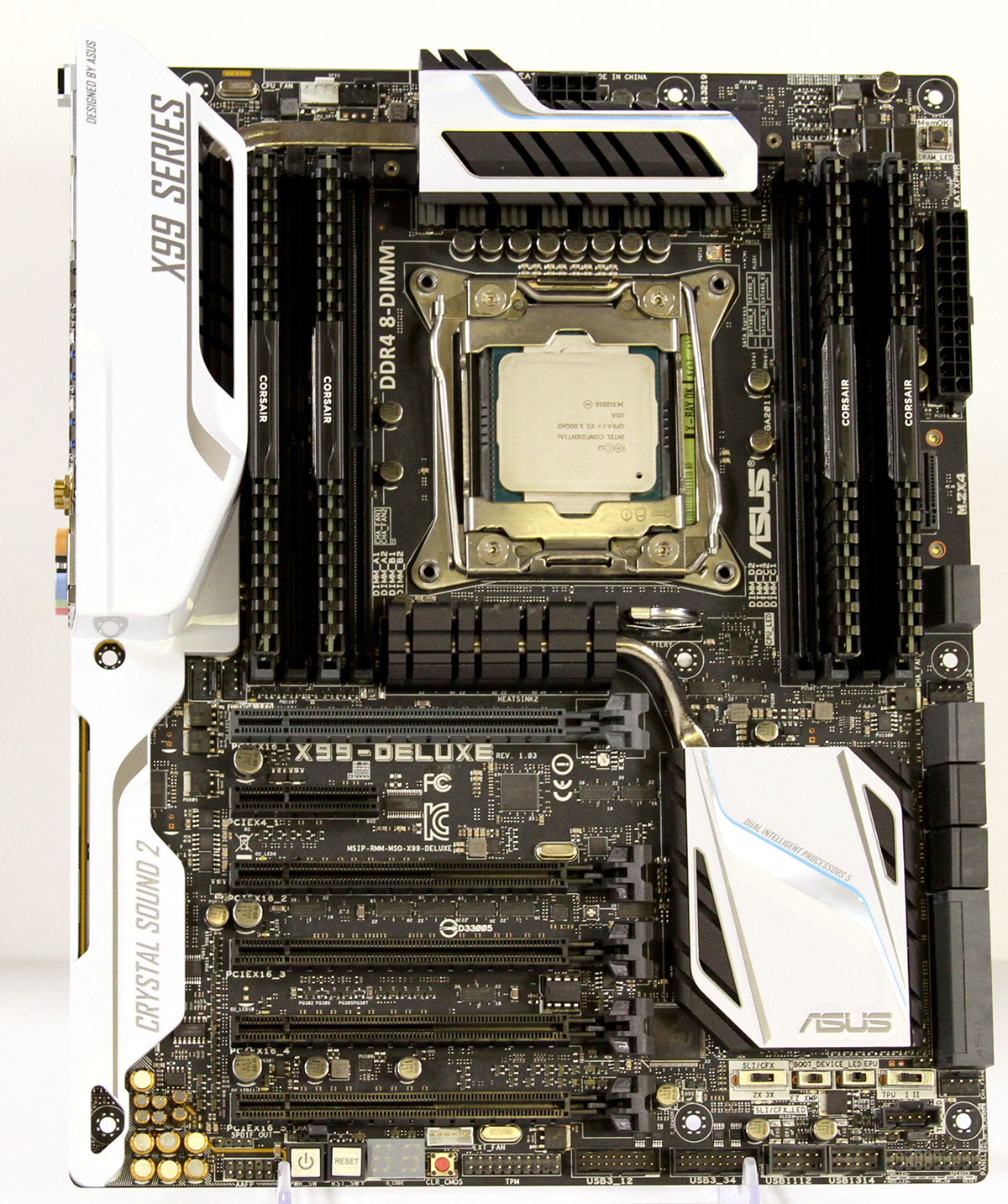 Our first round of testing was done on ASUS' X99-Deluxe, a full sized ATX motherboard that includes a TON of great features including wireless networking, a header for Thunderbolt expansion, dual Gigabit Ethernet, vertical M.2 SSD support and 3-Way multi-GPU configurations. It has 8 DIMM slots for DDR4 memory and has a maximum capacity of 128GB (once we see 16GB DIMMs hit the street). I love the styling with the white and black colors on the board as well. 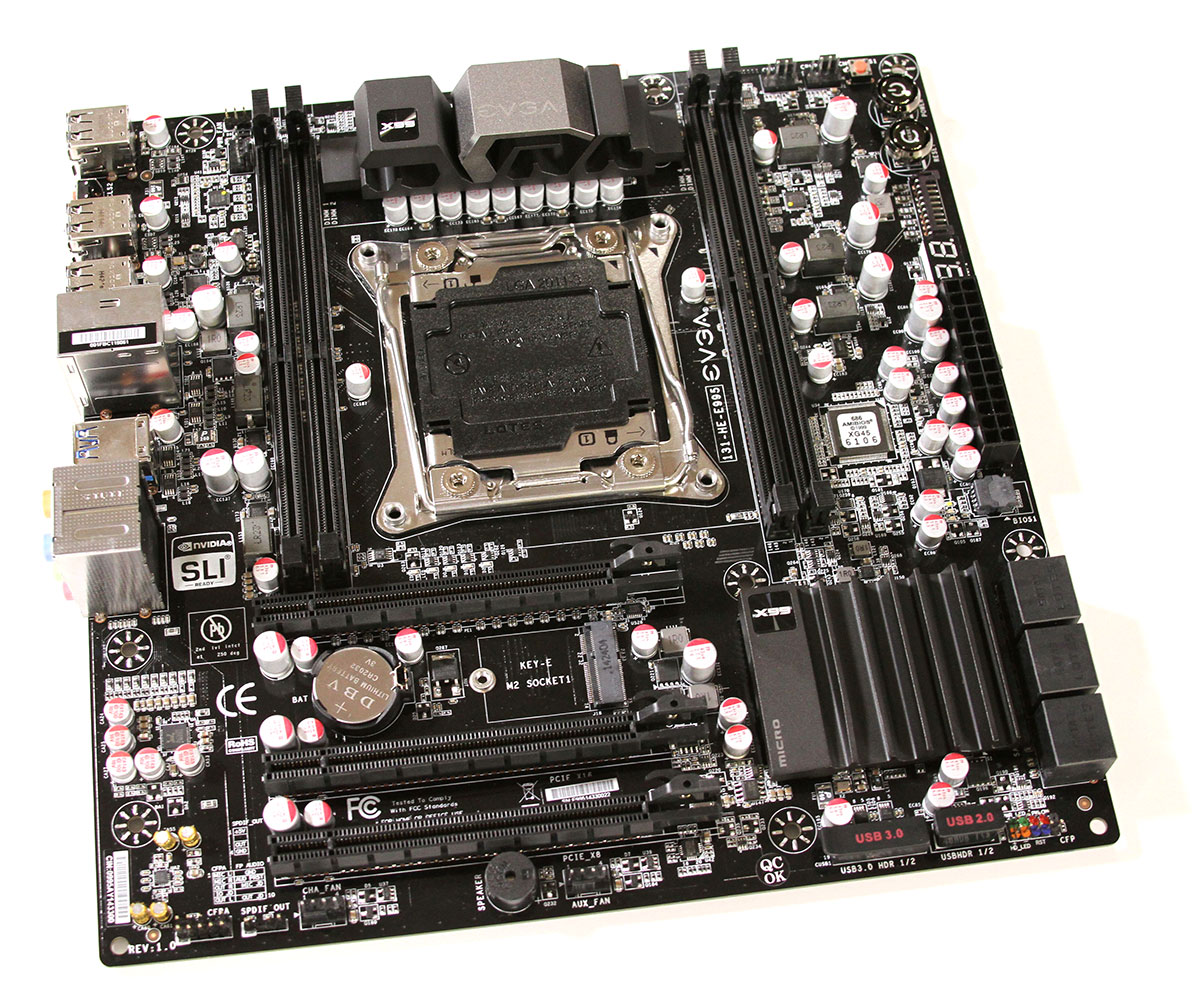 EVGA also sent over their Micro ATX X99 motherboard, proving that high performance E-class platforms can exist in the smaller form factor. The board still has support for SLI/CrossFire graphics but limits other expansion options (and only has four DIMM slots) due to the constrained space. I am looking forward to getting this board installed in the Corsair Carbide Air 240 and maybe installing a pair of Radeon R9 295X2 cards to see just how much performance we can squeeze in there!

Morry will have some reviews of X99 motherboards coming up very soon, so be on the lookout for those starting next week!

Overclocking Results with the Core i7-5960X

Before we dive into the stock performance benchmarks with the Core i7-5960X, I know that some of our readers are interested in seeing the overclocking results right up front. If you are familiar with how overclocking on Haswell works, then Haswell-E is going to feel right at home. Because all of the new processors are fully unlocked, you can choose to overclock via multipliers, by base clock or with a combination of the two.

As usual, the ASUS UEFI interface is top notch (as is the Windows-based automatic overclocker) and the overclocking experience went off without a hitch. 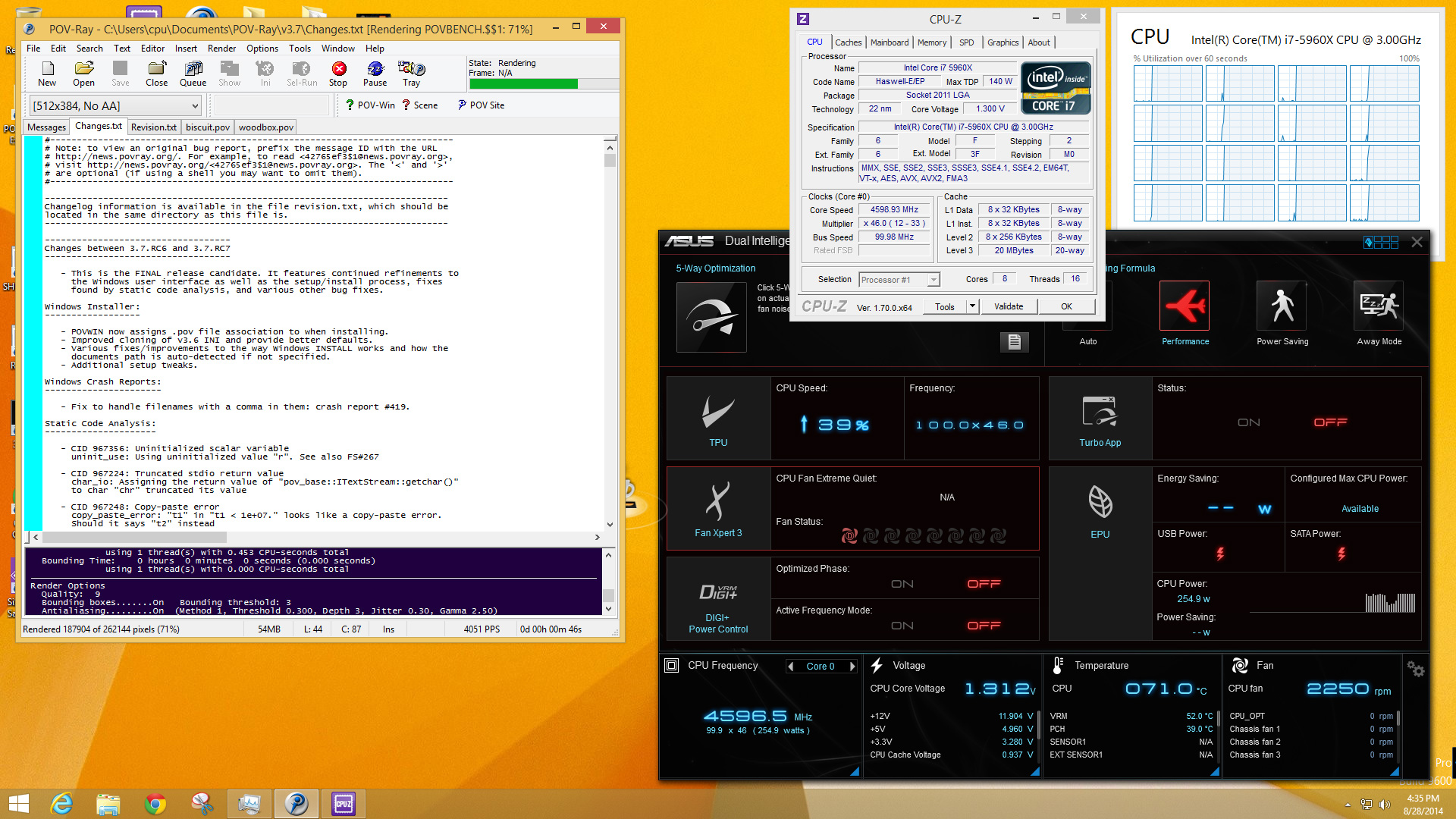 Based on input from Intel, ASUS and others, we had a pretty good idea of what the overclocking target was going to be before starting. With a maximum "safe" voltage sitting somewhere around 1.3v, we set that and began to crank up the clock speed on the Core i7-5960X sample we were shipped. To my delight, I was able to boot and run nearly all of my burn-in at 47x on all cores, resulting in a 4.7 GHz clock speed.

We did encounter one crash that pushed me back to the 46x multiplier, but once I set that I never had a stability issue again. I was able to run this processor at 4.6 GHz, on all cores, without issue and without overheating concerns. Do keep in mind that, while I tried to use a single 120mm radiator cooler at first, temperatures were getting into the 90C range – not where I wanted to be. I moved to the Corsair H100i 240mm cooler and temps stayed well under 80C the entire time while overclocked.

4.6 GHz – that is 53% higher than the base clock speed of 3.0 GHz. That is 31% over the top Turbo Boost speed that you would usually only hit with one or two cores active. We achieved it with all 8-cores. 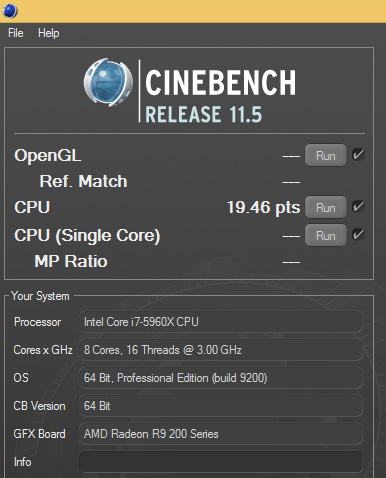 For comparison, the IVB-E flagship processor (Core i7-4960X) puts out a score of 2006 in POV-Ray, giving the overclocked Core i7-5960X an 82% advantage. Obviously that's comparing a stock CPU to an overclocked HSW-E, but the fact is that if you have been waiting for a platform to upgrade to and your comfortable with a bit of elbow grease and overclocking, X99 and Haswell-E are the best candidates in a long time.

Now, let's see how this 8-core processor handles our suite of benchmarks.