Along with GDC Europe and Gamescom, Siggraph 2014 is going on in Vancouver, BC. At it, Intel had a DirectX 12 demo at their booth. This scene, containing 50,000 asteroids, each in its own draw call, was developed on both Direct3D 11 and Direct3D 12 code paths and could apparently be switched while the demo is running. Intel claims to have measured both power as well as frame rate.

The test system is a Surface Pro 3 with an Intel HD 4400 GPU. Doing a bit of digging, this would make it the i5-based Surface Pro 3. Removing another shovel-load of mystery, this would be the Intel Core i5-4300U with two cores, four threads, 1.9 GHz base clock, up-to 2.9 GHz turbo clock, 3MB of cache, and (of course) based on the Haswell architecture.

While not top-of-the-line, it is also not bottom-of-the-barrel. It is a respectable CPU.

Intel's demo on this processor shows a significant power reduction in the CPU, and even a slight decrease in GPU power, for the same target frame rate. If power was not throttled, Intel's demo goes from 19 FPS all the way up to a playable 33 FPS.

Intel will discuss more during a video interview, tomorrow (Thursday) at 5pm EDT. 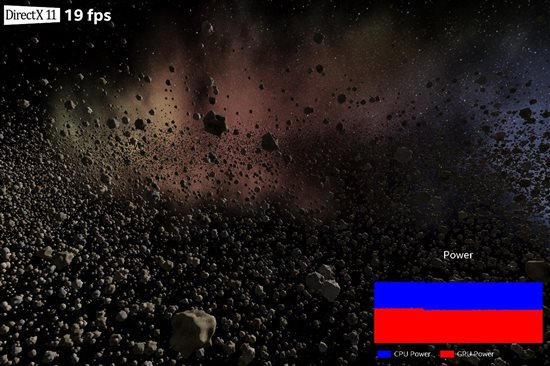 For my contribution to the story, I would like to address the first comment on the MSDN article. It claims that this is just an "ideal scenario" of a scene that is bottlenecked by draw calls. The thing is: that is the point. Sure, a game developer could optimize the scene to (maybe) instance objects together, and so forth, but that is unnecessary work. Why should programmers, or worse, artists, need to spend so much of their time developing art so that it could be batch together into fewer, bigger commands? Would it not be much easier, and all-around better, if the content could be developed as it most naturally comes together?

That, of course, depends on how much performance improvement we will see from DirectX 12, compared to theoretical max efficiency. If pushing two workloads through a DX12 GPU takes about the same time as pushing one, double-sized workload, then it allows developers to, literally, perform whatever solution is most direct. 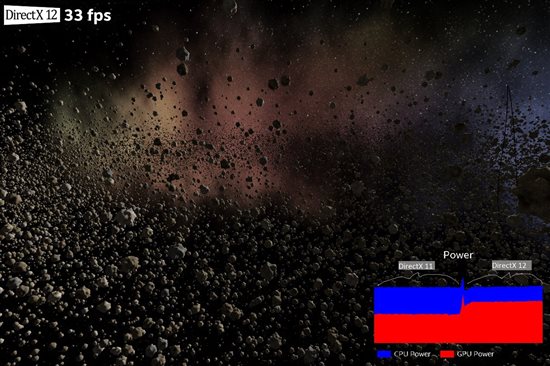 If, on the other hand, pushing two workloads is 1000x slower than pushing a single, double-sized one, but DirectX 11 was 10,000x slower, then it could be less relevant because developers will still need to do their tricks in those situations. The closer it gets, the fewer occasions that strict optimization is necessary.

If there are any DirectX 11 game developers, artists, and producers out there, we would like to hear from you. How much would a (let's say) 90% reduction in draw call latency (which is around what Mantle claims) give you, in terms of fewer required optimizations? Can you afford to solve problems "the naive way" now? Some of the time? Most of the time? Would it still be worth it to do things like object instancing and fewer, larger materials and shaders? How often? 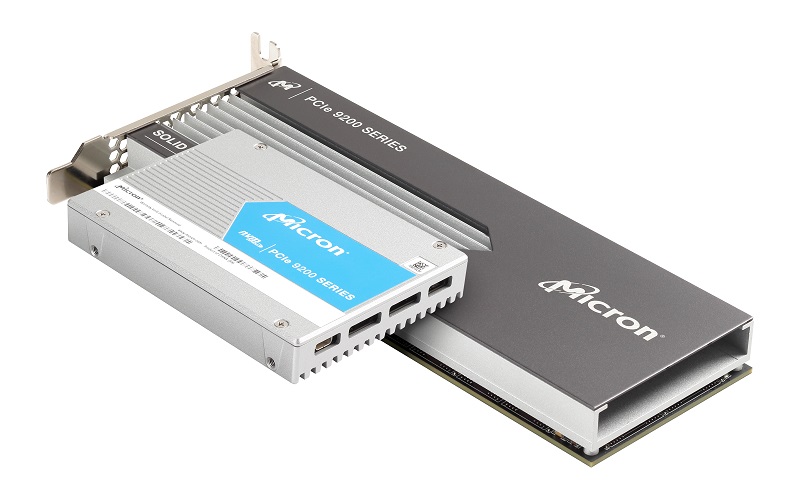