Significantly reduced cost, but does it perform?

OCZ is on what I would consider to be an upswing now that it exists under the relative safety of its parent company, Toshiba. Shortly after they were acquired, OCZ cut a bunch of unnecessary and/or redundant SKUs from their inventory and simultaneously began the transition of all of their product lines to exclusively use Toshiba branded flash. It only makes sense, given that flash is now available in-house – a luxury OCZ had wanted to have for quite some time. The changeover so far has refreshed the Vector 150, Vertex 460, and most recently the RevoDrive 350. Today OCZ has made another change, but instead of refreshing an old product, they are introducing a new one:

To those wondering why OCZ needs another model SSD, and where that model will fall in their lineup, here's everything you need to see: 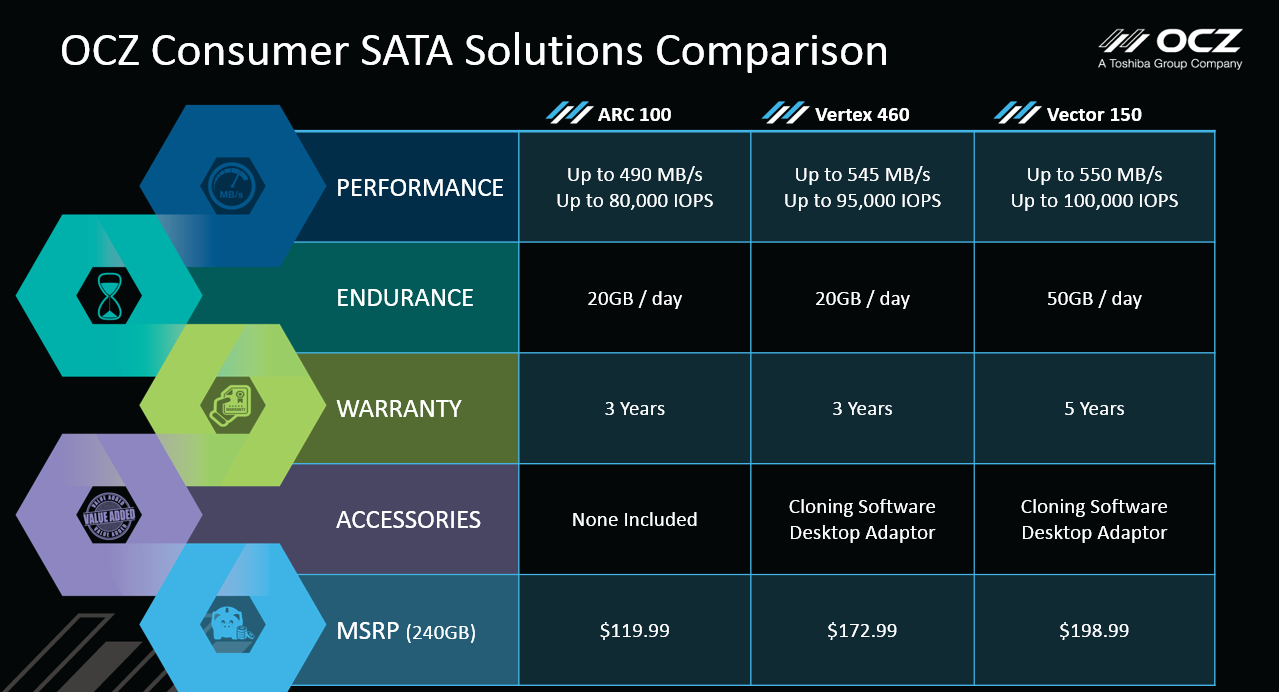 …so we have a slightly de-rated SSD, with the same Indilinx Barefoot controller, and the same Toshiba 19nm flash, but with a *significantly* reduced price. I wouldn't sweat the 20GB/day rating, as the vast majority of users will average far less than that daily when that usage is spread over a multi-year period. Even heavy gamers that blow through 100+GB of writes on an initial system and game install will still average far less than that over the subsequent months and years. Here is a look at the complete OCZ product spectrum, including their business and PCIe offerings: 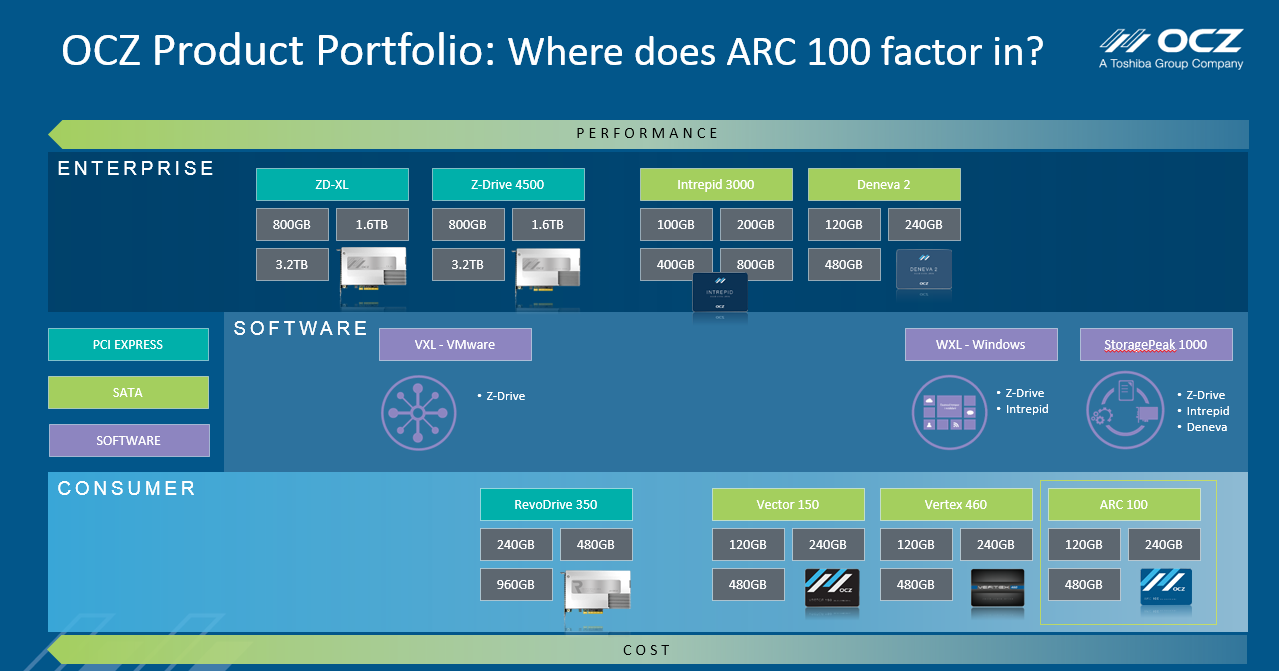 In our prior (and this) review, we've covered the whole bottom row. While we have reviewed the Z-Drive 4500 / XL's predecessor (the Z-Drive R4), The 4500 is not yet on finalized firmware.

OK, so they've got my attention with this price thing, so lets see how well the ARC performs given its lower cost:

Continue reading as we evaluate the new OCZ ARC 100! 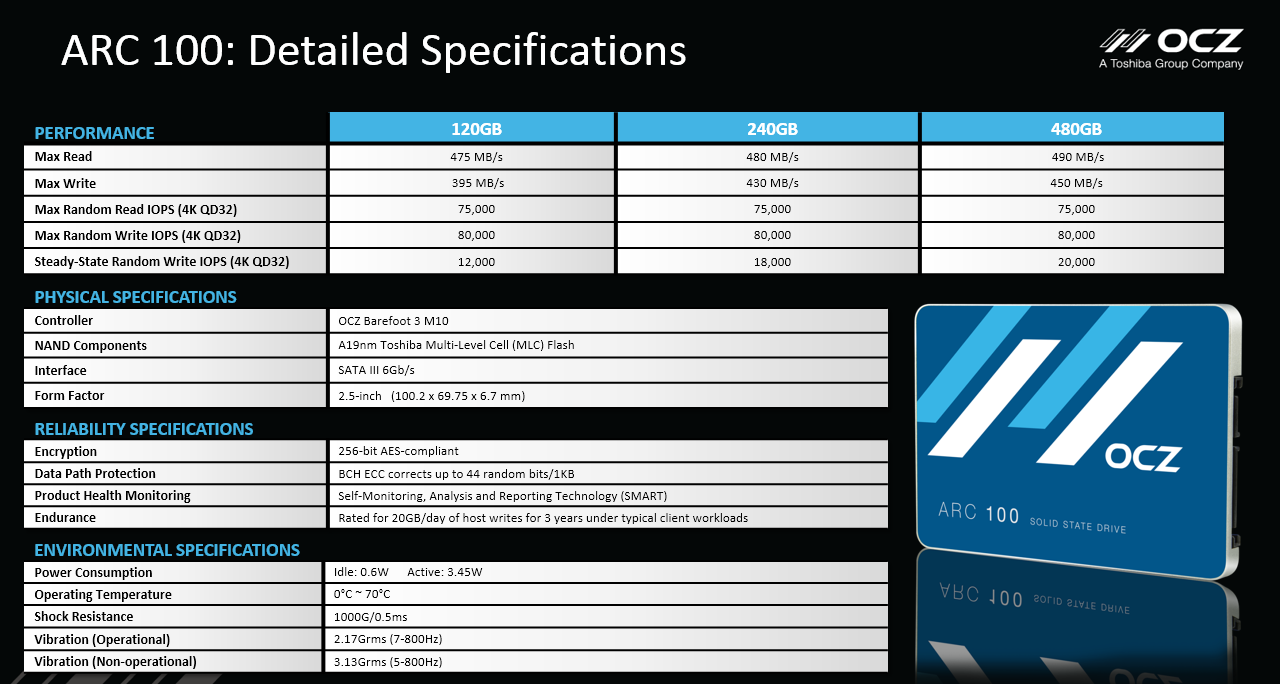 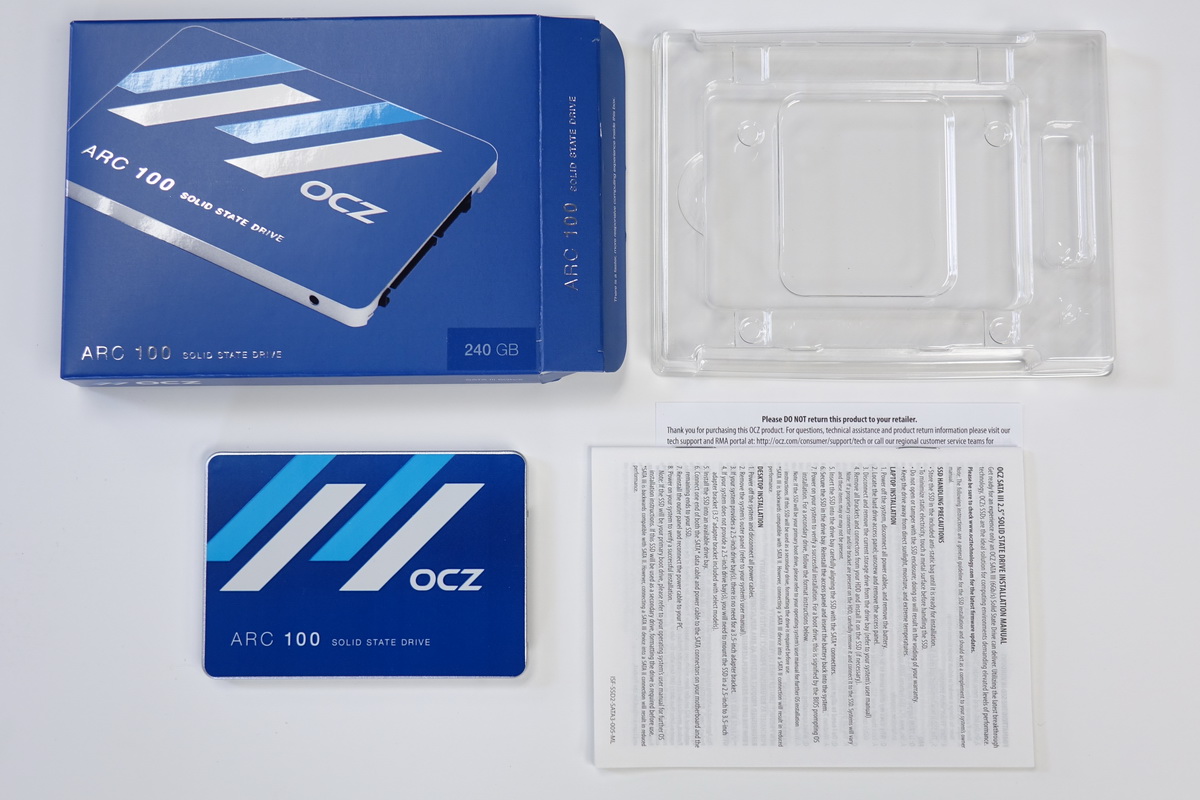 As hinted in the slide above, no accessories and no cloning software. These are measures intended to help OCZ cut every possible bit of cost from the ARC's bottom line. 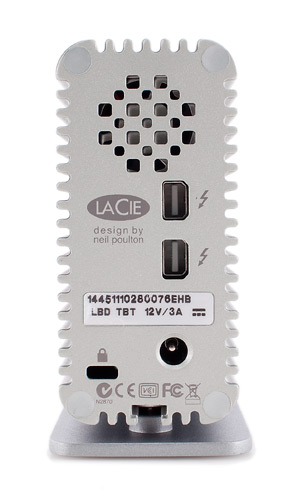