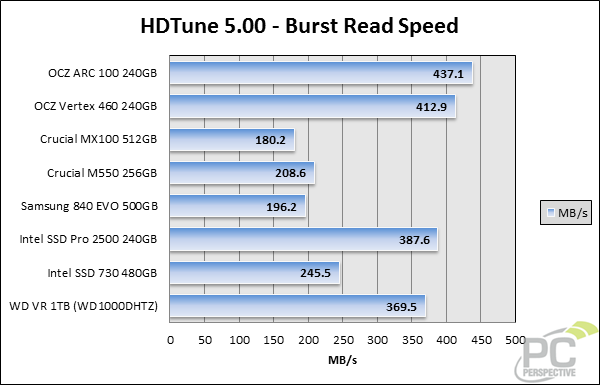 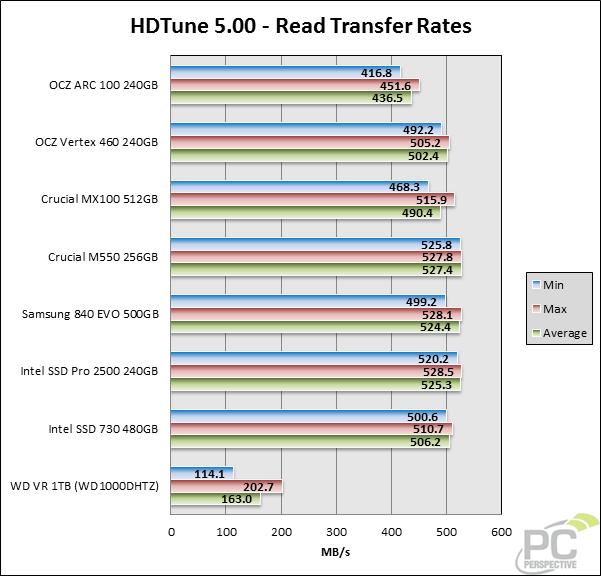 All modern SSDs have no issue saturating their SATA 6Gb/sec link, and HDTune performs its reads in fairly large chunks, which means most SSDs can stretch their legs. That said, the ARC 100 seemed to have more variation along with an average 50-70 MB/sec lower than the typical modern SATA SSD. 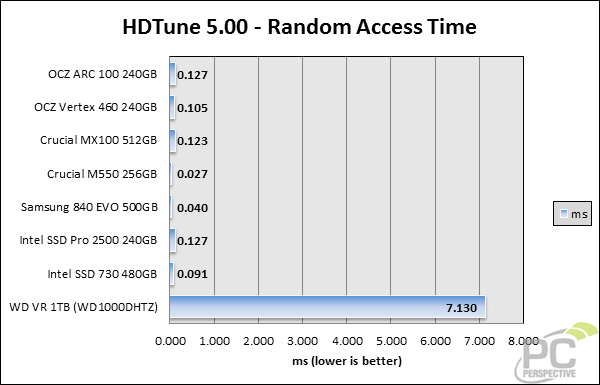 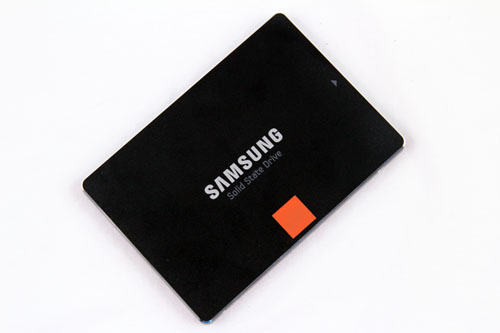 Checking the non-Pro version of the Samsung 840