Speaking of Sales Figures: World of Warcraft Is Slipping

World of Warcraft, the popular MMO from Blizzard Entertainment, once had 12 million subscribers registered and paying. Last month, it was down to 6.8 million. Sure, that is a lot of people to be giving you about $13 to $15 USD per month, each and every month. It is a decline, though. According to an interview with Tom Chilton, lead designer of WoW, it is, also, not expected to rebound.

We really don't know if it will grow again, (…) It is possible, but I wouldn't say it is something that we expect. Our goal is to make the most compelling content we can.

He also notes that expansion packs are barriers for entry and reentry. A quick, single-character increase to level 90 is expected to bring players straight into "the new content". Note that, prior to the upcoming expansion, this was the maximum possible level (Warlords of Draenor increases this to 100). Blizzard will also sell you, for $60, level-90 jumps for your other characters.

Or, you can just play the game.

If the trend continues to slip, at what point do you think that Blizzard will pull the plug? 1 million, active subscribers? 3.14159 million subscribers? Or, will they let World of Warcraft keep going as long as it is technically feasible? This is the company that still sells the original StarCraft, from 1998, at retail (unless something happened just recently).

Innovative Schools Earn $2.5 Million in Grants and Prizes from Intel and Scholastic Schools of Disti 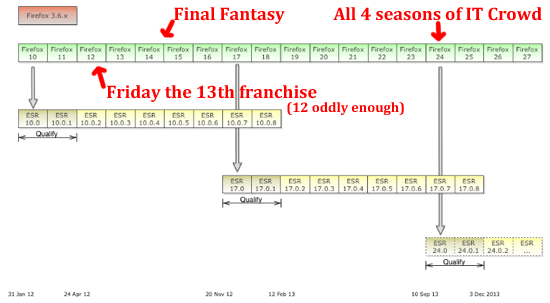