AMD is bringing a few new faces (and prices) to AM3+

It seems like yesterday when I last talked about an AMD refresh!  Oh wait, it almost was.  Some weeks ago I was able to cover the latest AMD APU offerings that helped to flesh out the Kaveri lineup.  We thought AMD was done for a while.  Color us wrong.  AMD pulled out all the stops and set up an AM3+ refresh!  There is a little excitement here, I guess.  I am trying to contain the tongue-in-cheek lines that I am oh-so-tempted to write.

AMD is refreshing their FX lineup in the waning days of Summer!

Let me explain the situation from my point of view.  The FX lineup for AM3+ has not done a whole lot since the initial release of the Piledriver based FX-8350 and family (Vishera).  Piledriver was a pretty significant update from Bulldozer as it slightly improved IPC and greatly improved power consumption (all the while helping to improve clockspeed by a small degree).  There were two updates before this one, but they did not receive nearly as much coverage.  These updates were the FX-6350 and the FX-9000 series.  The FX-6350 is quite popular with the budget enthusiast crowd who still had not moved over to the Intel side of the equation.  The FX-9000 series were OEM only initially and reaching up to $1000 at the high end.  During that time since the original Vishera chips were released, we have seen the Intel Ivy Bridge and Haswell architectures (with a small refresh with Haswell with the 2nd gen products and the latest Socket 2011 units). 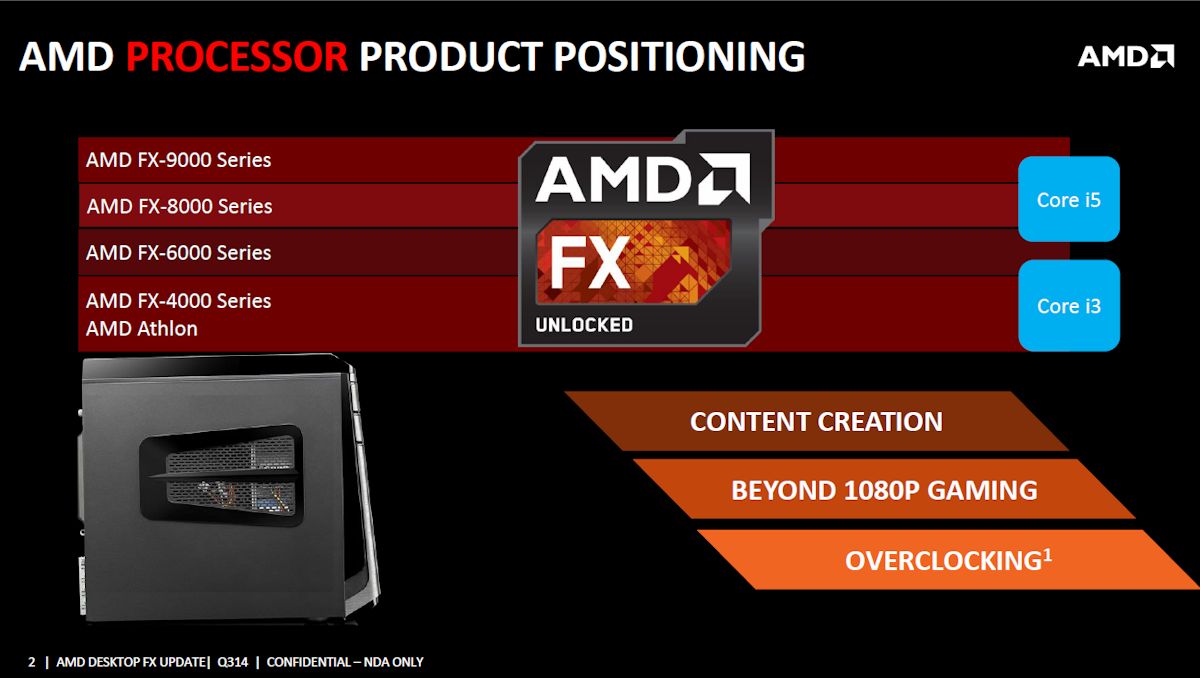 AMD’s focus has obviously been on their APU offerings and the associated Fusion Control Hubs for them.  While the CPU performance of the latest Kaveri parts has not been anywhere near breathtaking, their acumen in 3D graphics is class leading.  Throw in some pretty modern and competitive chipsets like the A88X and company, the FM2+ products from AMD are very competitive.  AM3+ cannot share that distinction.  The latest 900 series of chipsets were first introduced as the 800 series in 2010.  The SB850 southbridge was rebranded as the SB950 and it continues to be the default southbridge for the latest AM3+ motherboards.  Six SATA 6G ports are not exactly cutting edge, and the lack of features like USB 3.0 support leaves motherboard manufacturers with no choice but to use 3rd party chips to provide that functionality.

The launch of Windows 8 did provide a reason to refresh the AM3+ motherboards with full UEFI support.  Still, there was no work on the chipset side.  The rumored 1090FX chipset which was slated to bring PCI-E 3.0 and USB 3.0 support was scrapped in 2011.  Obviously all focus at AMD was switched to APUs and their ecosystem.  So the AM3+ socket was relegated to an older and mostly outdated chipset.  The motherboard manufacturers have done wonders with these products in adding features all the while keeping the prices low, but there is now a huge feature (and performance) gap between the aged 900 series chipset and the very latest from Intel on the enthusiast side. 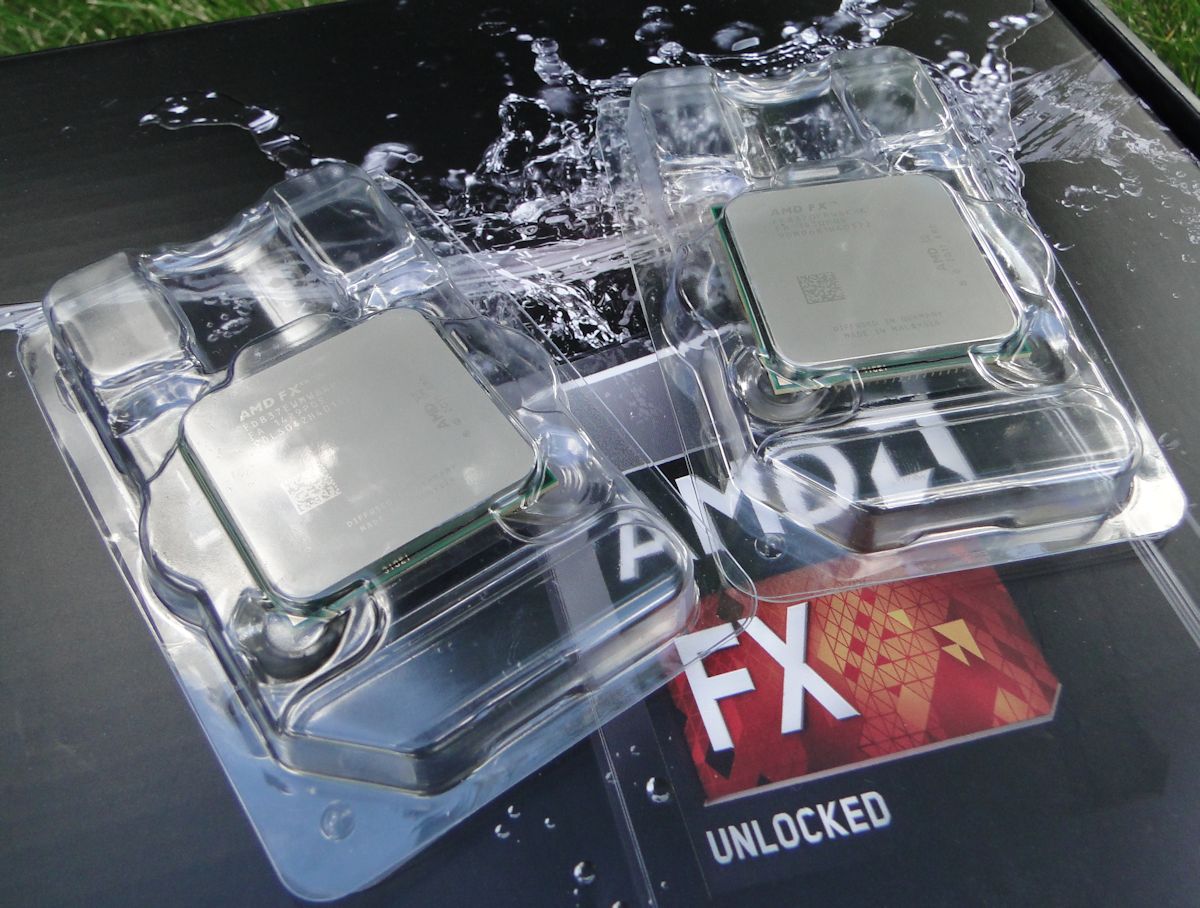 The FX-8370 and FX-8370e are highlighting this particular release.

So what exactly am I getting at?  I think for many of us, we expected the AM3+ socket to be a dead end.  The way AMD was heading, we really did not expect to see any kind of refresh or new product other than the current stack we are faced with.  Well, I was wrong.  AMD does have another refresh for the AM3+ socket.  Along with the refresh come some much needed cuts up and down the board.  AMD also has refocused on where exactly they hope to compete with Intel.  It is good to see AMD move forward, but we have to honestly ask ourselves if this particular refresh was worth the time.