AMD needed the official pricecuts on the FX-9000 series badly.  The FX-9590 is now a very affordable processor with some impressive performance for heavily multi-threaded applications.  It has good gaming performance as well, especially when compared to the lower clocked stable mates it shares its lineage with.  The introduction of a fully branded FX-9590 product with bundled liquid cooling system is a good move.  They may not sell a ton, but it is good to have a high end option that they can support right out of the box with an approved cooling solution.  The cooler is the Cooler Master Seidon 120XL.  This double width cooler seems to do a more than adequate job in keeping thermals under control with the FX-9590. 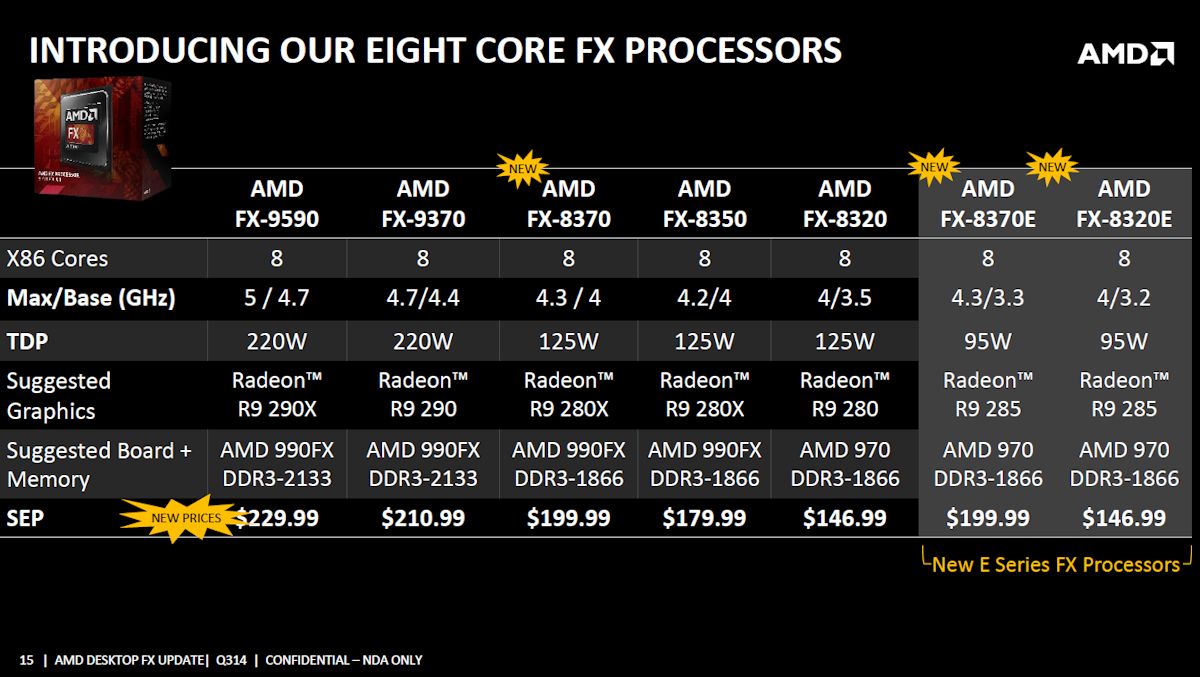 The rest of the “new” lineup is a tougher pill to swallow.  Yes, it is nice to have a refreshed product line.  Yes, it is nice to have the other 8 core offerings at a lower price.  It is not so nice that the FX-8370 is not significantly faster than the older FX-8350 all the while costing an extra $20.  It is not nice that the FX-8370e, though branded with the same model number, is in fact significantly slower than the FX-8370 and (at least with my sample) does not pull all that much less power from the wall socket.  I like the initiative that AMD had in attempting to make a more power efficient 8 core model that approached the performance of the higher TDP parts, but it does not simply seem enough of a savings to justify it costing the same as the standard FX-8370 (much less the cheaper FX-8350). 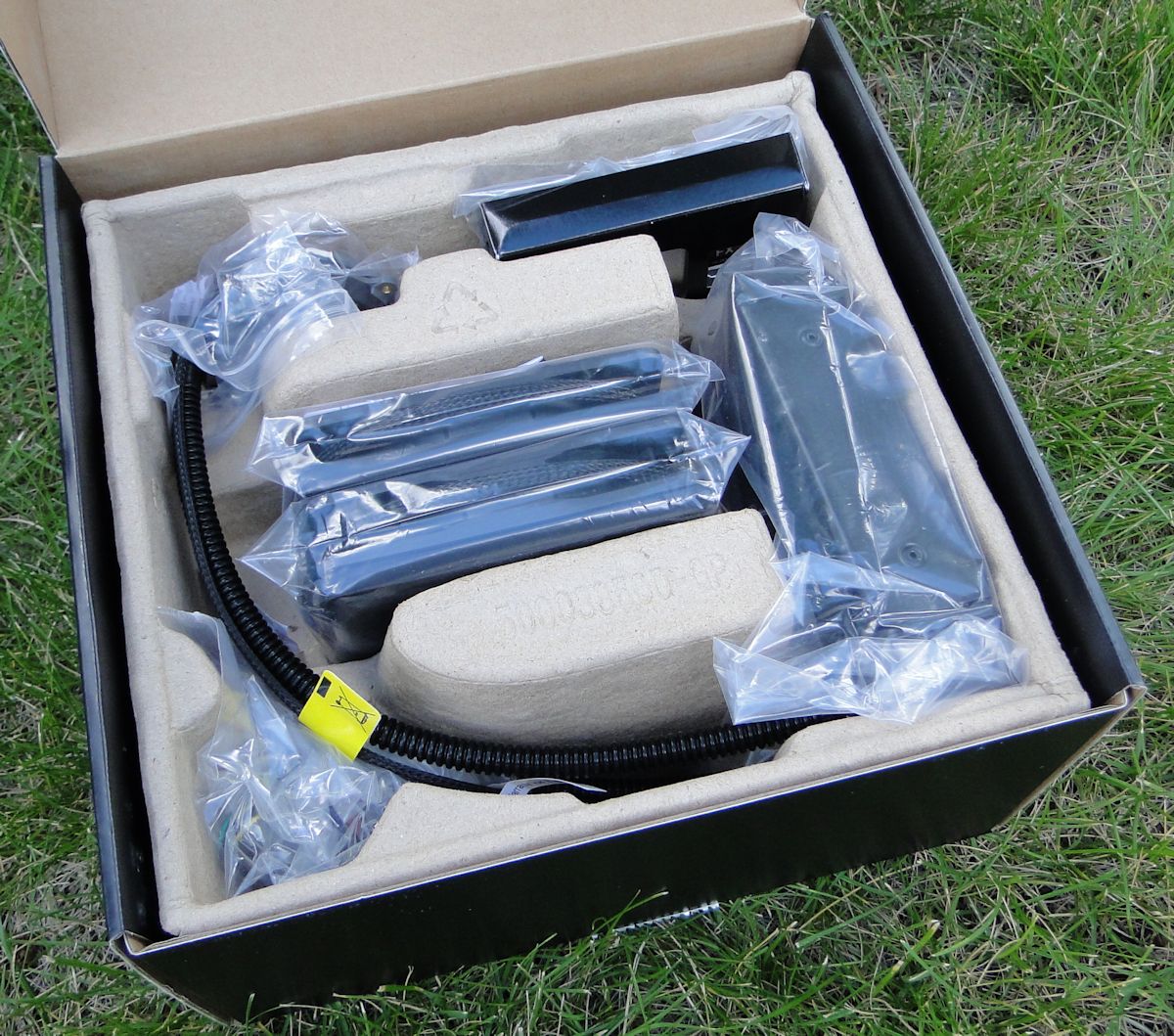 Inside the LCS box for the FX-9590 bundle.  Cooler courtesy of Cooler Master.

AMD is in a tough spot when it comes to process technology.  They no longer have control of their destiny when it comes to researching and developing next generation process nodes.  People like TSMC and GLOBALFOUNDRIES have to think of their bottom line before they start thinking about 3rd party semiconductor designers.  These pure play foundries also have to weigh the different options of each process node to address the needs of the largest possible audience.  They are not going to do a lot of manufacturer specific optimizations to their line if they can help it.  While there is some flexibility there on a per-product basis, it may not be enough to fully meet the needs of a specific design.

Having said that, AMD did a much better job with their lower power parts on the APU side.  The A10-7800 and A6-7400 with configurable TDP did show a lot of savings in terms of power as well as performing at a level that was perfectly acceptable considering the power savings.  The FX-8370e does not exactly live up the expectations we had for it.  It shows some efficiency gains, but it is not in the area that we expected (or at least hoped). 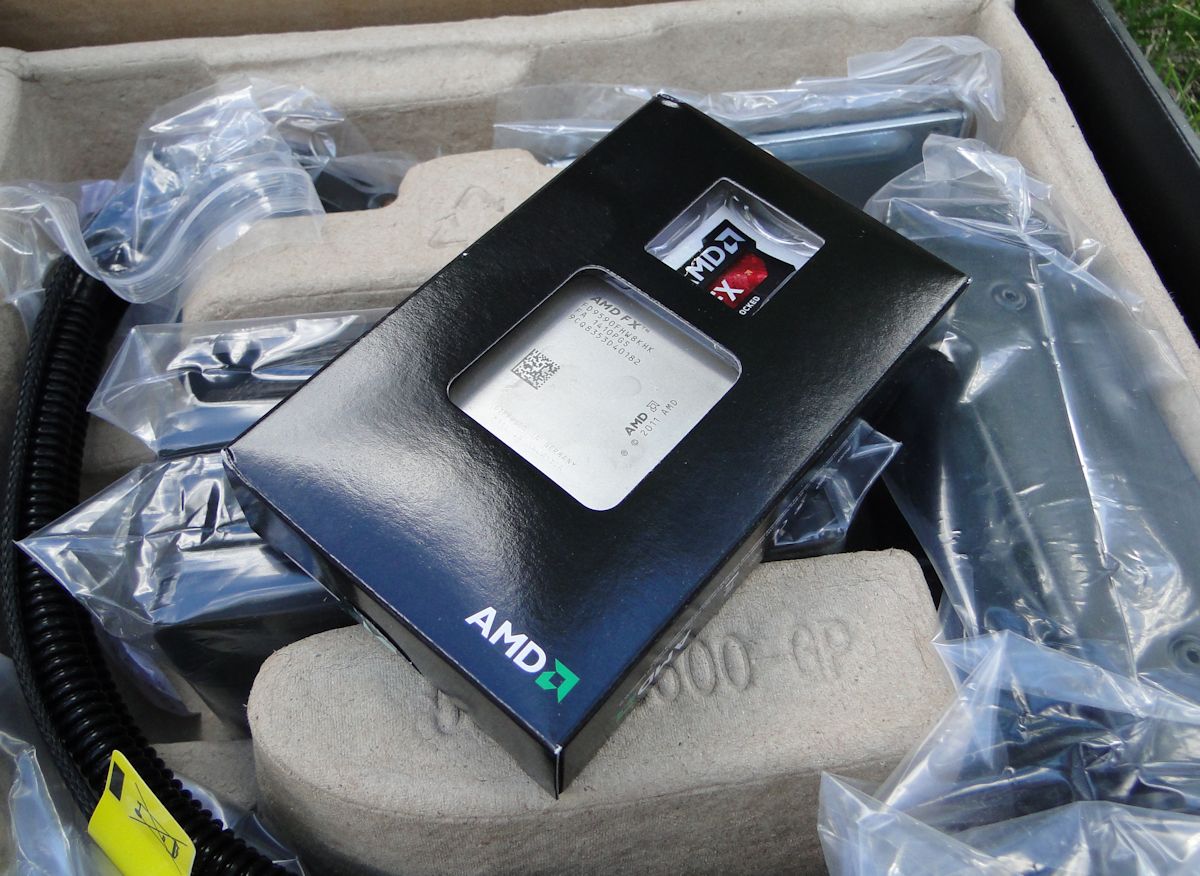 This little puppy requires some serious cooling, but performed better than I expected. The pricing on this particular part could be the best part of this refresh.

The results of this refresh are a little anticlimactic.  Yes, it is only a refresh, but usually we saw some fair gains in terms of performance and efficiency in the past from AMD.  We didn’t really see either here.  We have new products, and a new power efficient wrinkle, but we are still left with the same Vishera core from 2012 and 800/900 series chipsets from 2010.