AMD is introducing three new models for the AM3+ platform.  These are not new designs.  The new processors are still Piledriver based Vishera chips made on the same 32 nm PD-SOI process from GLOBALFOUNDRIES.  Unlike in previous years when AMD controlled their own FABs, GLOBALFOUNDRIES does not make small, but sometimes significant changes to a process node over time.  AMD would have a continuous improvement program going along that would allow them to fabricate faster and more efficient parts without having to go to a totally new process node.  It seems as though the 32 nm node has been locked down since its introduction, though with any mature process we have seen yields and bins improve over time.  Though AMD has obviously benefited from the better yields and bins, the physical and electrical limitations of that particular node and the products fabricated on it has not allowed AMD to introduce faster and more efficient parts as they used to. 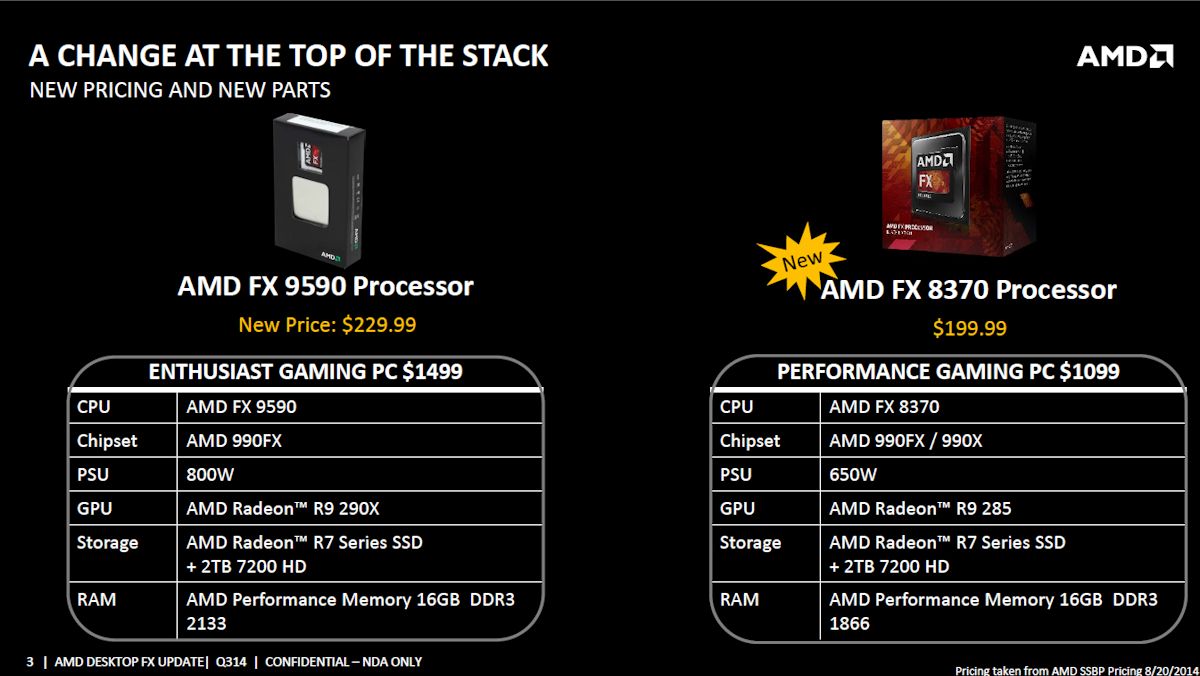 The Kaveri based FM2+ products are made on a new 28 nm HKMG (bulk silicon wafers), but there are limitations to this process.  AMD and GLOBALFOUNDRIES have optimized this particular process to the graphics portion of the APU rather than go for leakier, faster transistors that would allow the CPU portion to go faster than the 3.9 GHz boost speed that the A10-7850 is limited to.  AMD obviously did not feel that it was worth it to port over the Steamroller architecture on 28 nm to the AM3+ socket.  Considering the large amount of turnover in the company since the inception of the original Bulldozer architecture, it is not a surprise that they focused on their APUs to maximize their technology investment in graphics.  We also must factor in the global slowdown in process technology for all companies NOT named Intel.  I think as an industry there was a much more optimistic view of the speed and utility of next generation 20 nm process nodes.  Sadly, if this was true, it obviously did not come to fruition. 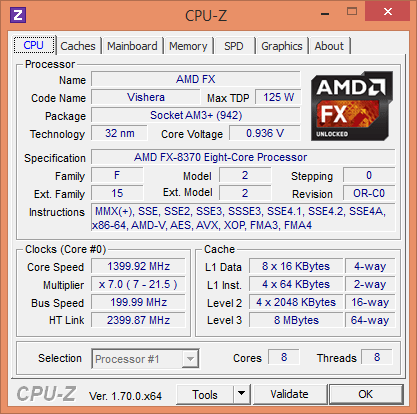 This leaves AMD in an interesting spot.  They really do need to refresh the AM3+ socket as it is their fastest processor platform.  FM2+ is not yet capable of such a feat due to resultant die sizes on 28 nm and the focus on graphics in terms of performance and die space allocation.  There is also a die hard AMD fanbase who refuses to go to Intel for a variety of reasons.  AMD obviously feels that there is money to be made here for themselves and their partners.  Their choices for a refresh are limited though, so they have done what they can. 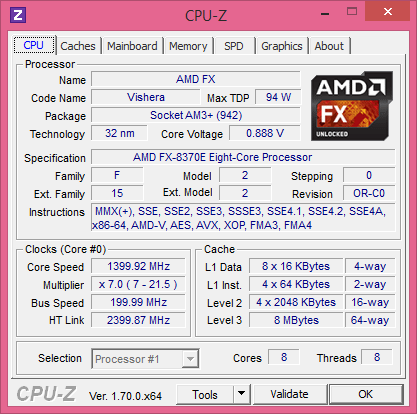 This refresh is certainly not that impressive when it comes to speeds.  We are getting three new products, but more importantly we are getting some much needed movement in pricing.  The entire AM3+ FX 8 core stack is getting a price cut.  The previous top FX-8350 goes from $199.99 to $179.99.  The FX-8320 is now down to $146.99.  There is also one final aspect of this launch that I have still not covered.

The FX-9000 series were intended to compete against the top LGA-1150 products from Intel.  Unhappily for AMD, these products did not quite live up to those expectations.  Not only that, but the 220 watt TDP was a tough sell to consumers when the Intel i7 parts were at the 77 watt and 85 watt levels with better overall performance.  With this release we are now seeing AMD lowering their performance expectations, and therefore lowering the price on these particular parts.  The FX-9000 series has not officially been available for end users, but we now see the retail channel filled with readily accessible CPUs.  Finally we are seeing AMD release a fully branded, self-contained liquid cooling system with the top end FX-9590 processor.  Not only is this product available, but it is now competing with the i5-4690K in terms of price. 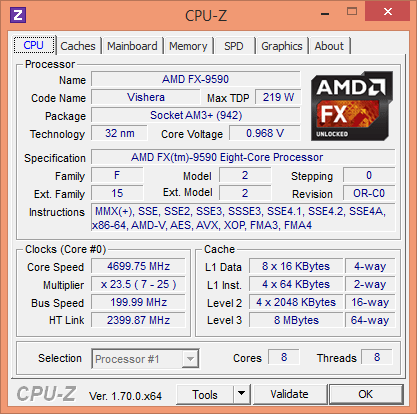 The company is really focusing on the 8 core products and pushing heavily multi-threaded applications.  AMD knows that they cannot compete with Intel in overall IPC, but they can achieve some parity in heavily multi-threaded situations.  Price is obviously key here as AMD has made some significant cuts at the high end.  Users also have a nice selection of parts to choose from at multiple price points.  Now AMD only hopes that their offerings have a good enough price/performance ratio as well as feature-rich motherboards to populate their processors on.