MSI is offering one of the very latest boards for AM3+ market with the 970 Gaming motherboard.  This is a $99 motherboard with a host of features that do not necessarily reflect the overall price of the board.  The addition of high quality audio, SLI and CrossFire support, as well as the extra features of Qualcomm’s Killer NIC and SoundBlaster Cinema 2 software make this a very interesting board at $99.  The downside to this board is that it is a 6+2 power solution, which is a step down from parts like the Asus Crosshair V Formula-Z which has a pretty robust 8+2 solution.  The 970 board does support the top end FX-9590 without issue. 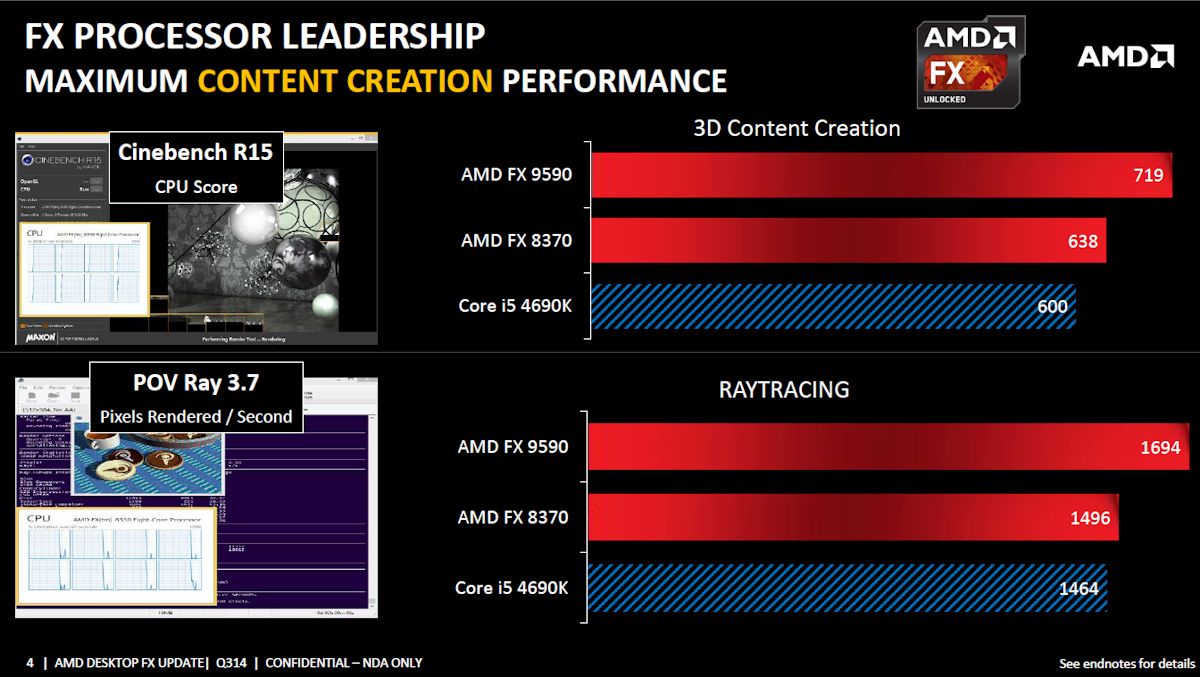 AMD provided benchmarks to show how double the thread handling can improve performance in certain applications.

I did not have access to the i7 4770K, i7 4790K, or i5 4690K processors from Intel.  I do have an older generation i7 3770K, which still is not a slouch when it comes to overall performance while sipping power.  The i5 4690K will have greater single threaded performance than AMD, but it is limited to four threads maximum.  This should allow AMD to heavily outperform it in any application which can leverage all eight threads on the AMD products.  I used the pretty high end Gigabyte G1.Sniper.3 for testing the i7 3770K.  The motherboard should pull a few more watts than the MSI 970 Gaming due to the huge amount of extra features on the board, so keep that in mind when comparing power consumption.  Also, on the AMD platform, I have been using the Acetek LCS that AMD sent me last year so I could test the FX-9590. 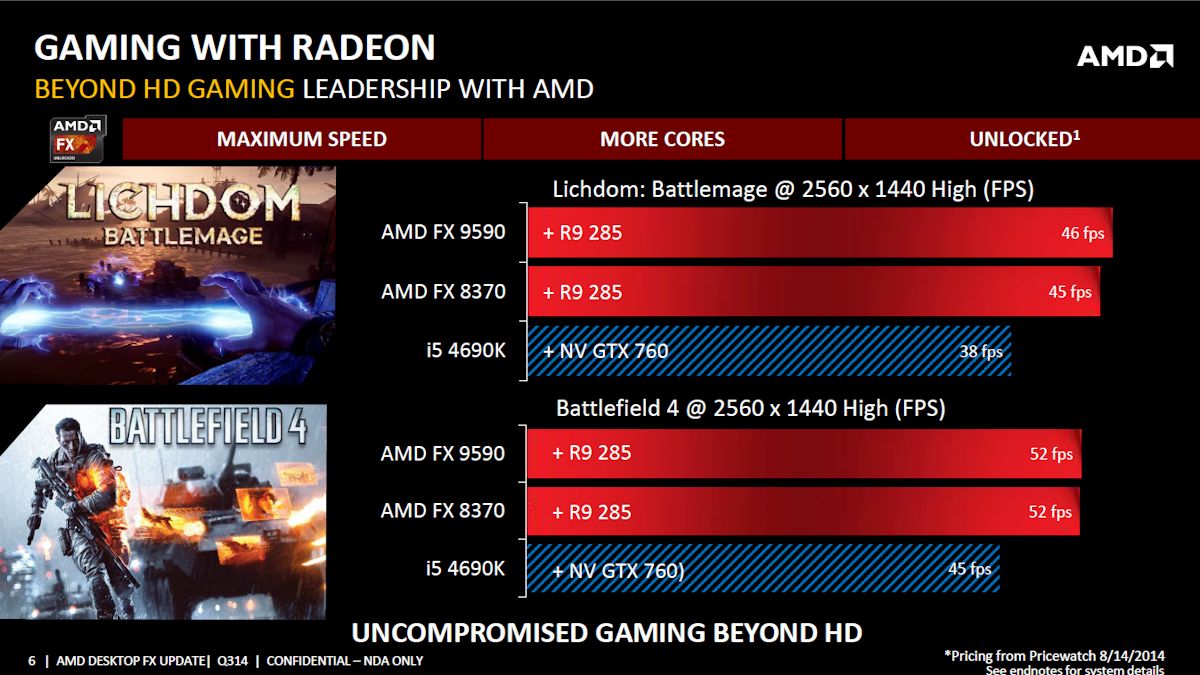 AMD is also keen on showing how particular pricepoints and competing products do at high resolution in current games. Note the R9 285 making an appearance against the GTX 760.

AMD has also opened up the DDR-3 2133 multiplier for memory on the AM3+ platform.  This was done a while ago with little fanfare, but if you remember back to the days when the FX-8350 was released, the fastest memory speed on that platform was DDR-3 1866. 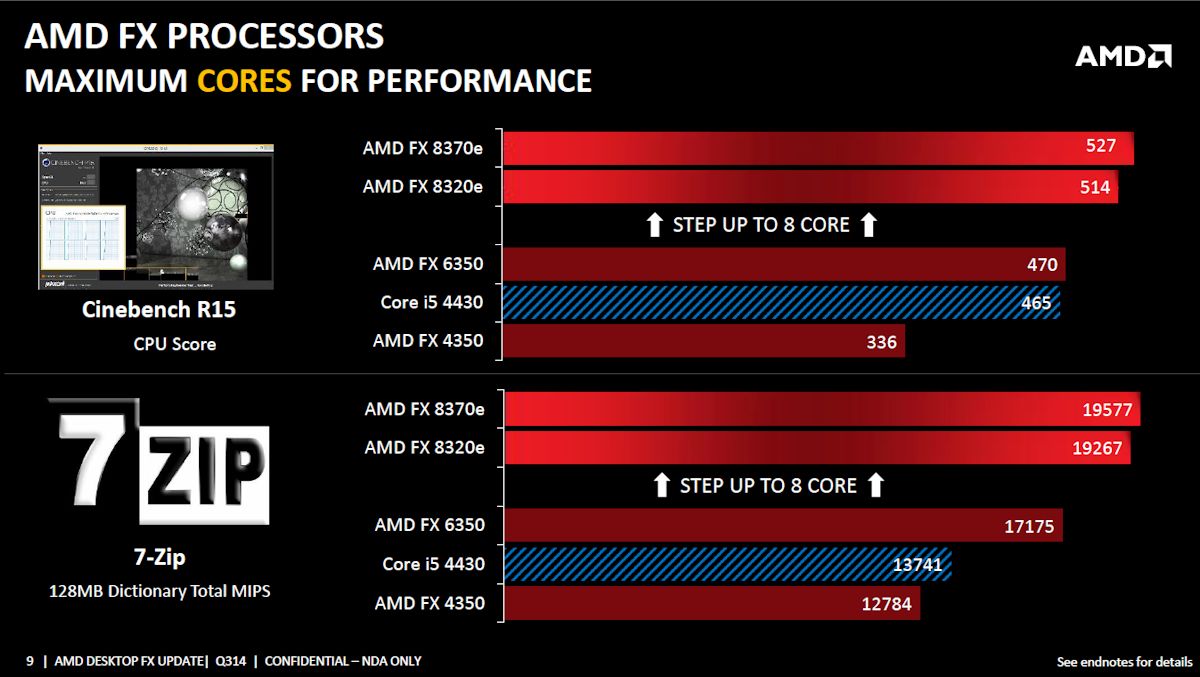 AMD is also reminding their users that if they have a 4 or 6 core product, they can see some performance benefits from going to a 8 core processor.