Finally some new dual socketed goodness from Intel that can be used by prosperous enthusiasts.  For those who can afford the pair of Xeon E5-2600 V3 CPUs required to run a dual CPU system you can have 4 PCIe 16x slots running at full speed and compatible with both SLI and CrossFire.  The motherboard is more optimized for heavy productivity workloads such as graphics rendering but that is no reason not to use it to build the biggest and baddest gaming machine on the planet!

Ultimate PCI Express 3.0 multi-GPU power
The Z10PE-D8 WS is equipped to provide the ultimate workstation graphics power, with support for up to four dual-slot graphics cards. Both 4-Way NVIDIA GeForce SLI and AMD CrossFireX are supported, so it is an excellent choice for professionals who depend on powerful graphics in areas such as design, modeling and medical research, as well as processing-intensive simulation and rendering applications.

ASUS is the world’s first server manufacturer to introduce 12K solid capacitors — the Z10PE-D8 WS has these ultra-resilient components on board. These Japanese-made capacitors are able to withstand up to 12,000 hours of temperatures as high as 105°C, far exceeding everyday demands. And at a typical operating temperature of 65°C, our 12K capacitors have an expected lifespan of 1.2m hours — or well over a century.

Flexible fan speed control, flexible storage and easy maintenance
The new Z10PE-D8 WS motherboard offers flexible fan-speed controls, which can be managed manually or automatically. In automatic mode, the fan speeds are adjusted according to the processor temperature. In manual mode, the administrator can set a fan curve according to cooling requirements.

The motherboard also benefits from ASUS Q-Code Logger, an easy-maintenance button that records four-digit port 80 code logs to a flash drive with one touch, so administrators can diagnose problems quickly and easily. Similarly, the conveniently-located Dr. Power LED displays messages to clearly indicate a power fault. 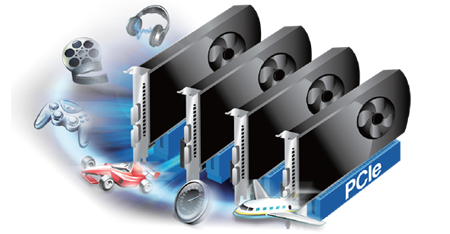 AVAILABILITY & PRICING
The Z10PE-D8 WS is priced at $599 and will be available soon at ASUS authorized resellers and distributors.