Listening tests using the selected audio tracks were performed with a Razer Carcharias audio headset as well as a 5.1 speaker setup to exercise the subsystem's audio fidelity. Again, we found the audio experience to be distortion-free making for an enjoyable listening session.

Even though the recorded audio remained distortion-free throughout all tests, audio pickup remained muted until recording volume was set to a minimum of 75 and Microphone Boost was enabled with a +20dB setting. 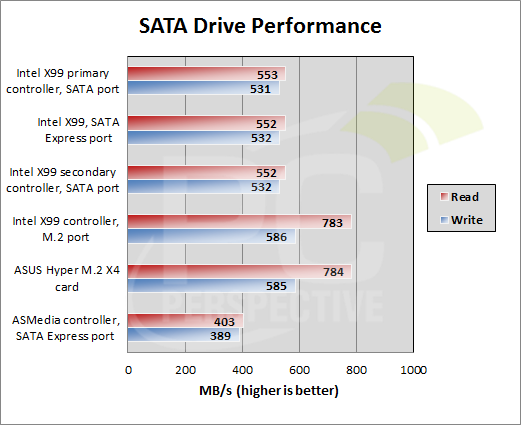 The SATA III-based SSD performed better on the Intel-controlled ports when compared to the ASMedia ports. All SATA-based Intel controllers exhibited similar performance with the SSD, making the decision on what port to use come down to whether or not you require hardware RAID support for your configuration. On the Intel ports, the SATA SSD pushed the performance limits of the drive, while the ASMedia controller had a hard time breaking a 400MB/s rate. The M.2 SSD performed very well on both ports with the device speeds hitting the rated limits of the drive. 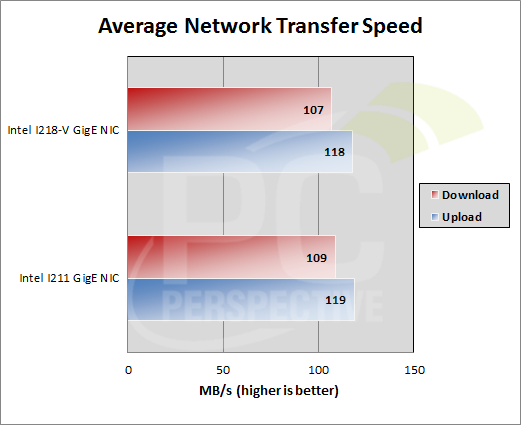 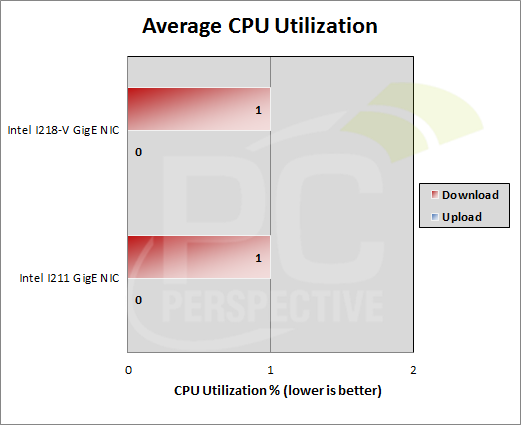 Transfer rates over both of the Intel-controlled ports netted similar averages with download speeds lagging those of upload by 10MB/s. However, upload and download performance sustained transfer rates of over 100MB/s throughout the tests. The CPU utilization was extraordinary with an unnoticeable 1% average across all tests and CPU usage spikes of well under 5%.