Event on September 30th “For Windows and the Enterprise” 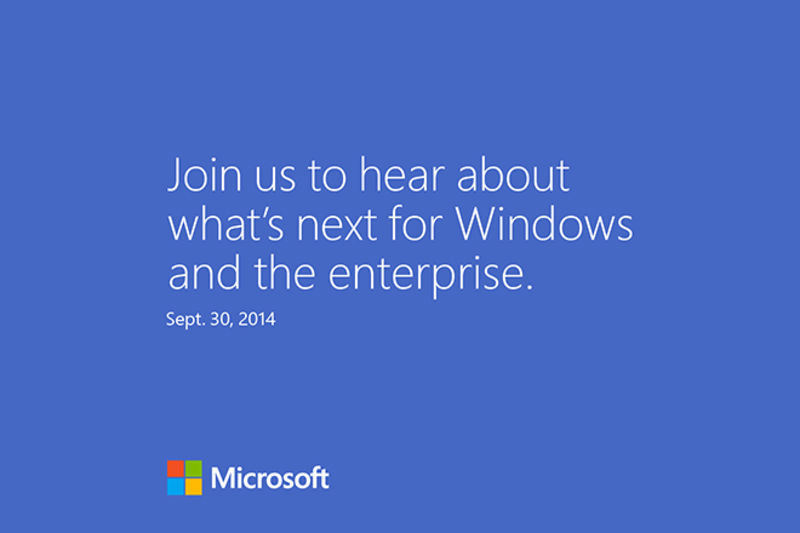 In two weeks, Microsoft will be holding an event to communicate where Windows is going. It is expected that a public technical preview will launch either at the show, or immediately thereafter. The invitation reads, "Join us to hear about what's next for Windows and the enterprise." This seems to mean that the next version of their desktop OS, probably called Windows 9, will have a strong focus on enterprise features. Contrast this with Windows 8, which I feel comfortable saying wanted to win consumers away from iOS and Android tablets.

Virtual desktops and the Start Menu's return were strong signs, too.

Pretty much the only announcement that they could make to get me excited would be sideloading for all versions (which would also remove developer certificate requirements for those apps). I know that it is seductive from a "gatekeeper against malware" point of view, but it decimates the whole reason for having a computer. The Windows Store requirements are just too terrible. No third-party browser engines? C'mon. Microsoft has expressed their continued support of these regulations at Build, but I can hope for a surprise. Seriously Microsoft, give users the option to install what they want, regardless of the API used.

An OCD-like look into AMD’s OpenCL