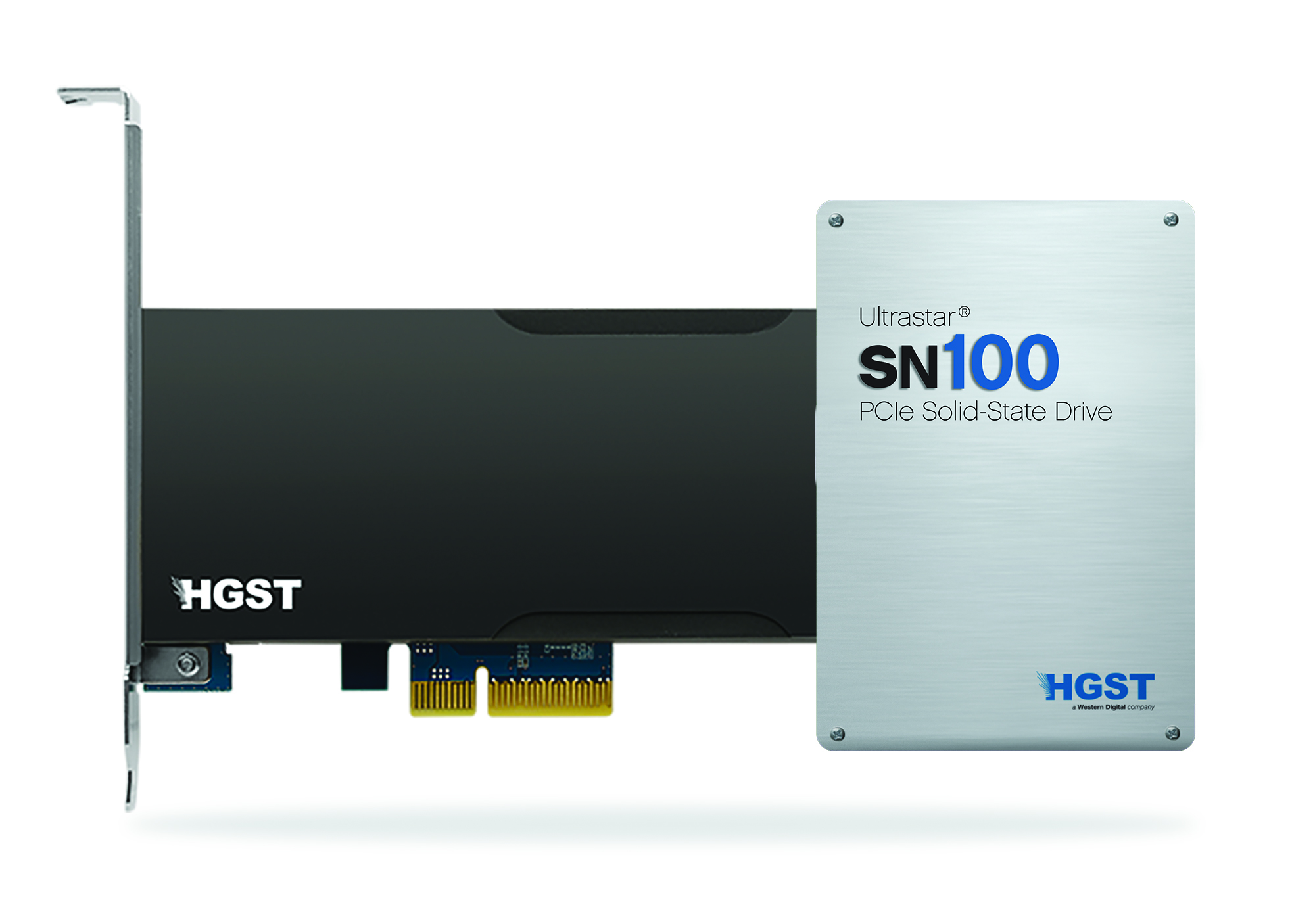 It's the first day of IDF, so it's only natural that we see a bunch of non-IDF news start pouring out :). I'll kick them off with a few announcements from HGST. First item up is their new SN100 line of PCIe SSDs:

These are NVMe capable PCIe SSDs, available from 800GB to 3.2TB capacities and in (PCI-based – not SATA) 2.5" as well as half-height PCIe cards.

Next up is an expansion of their HelioSeal (Helium filled) drive line: 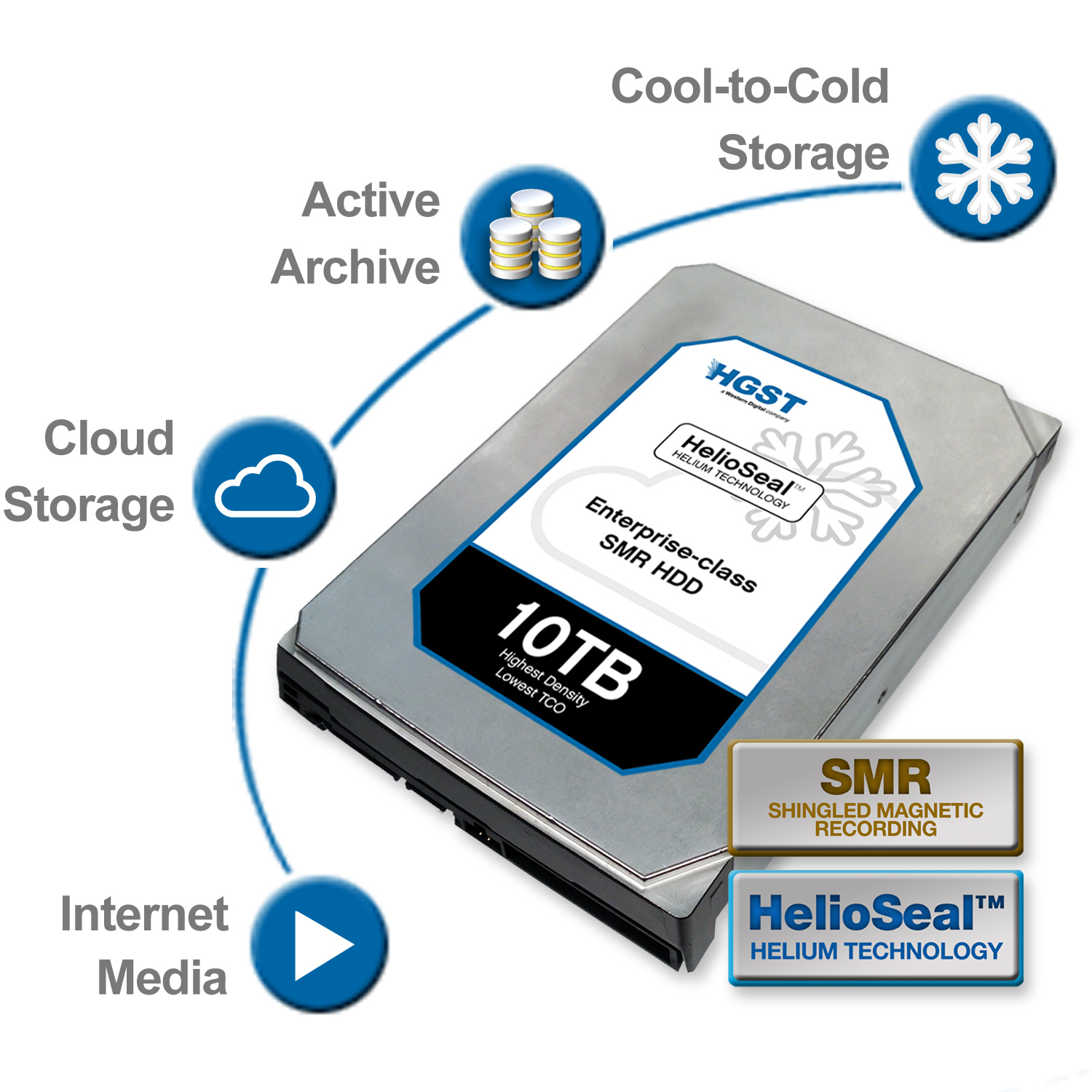 Through the use of Shingled Magnetic Recording (SMR), HGST can make an even bigger improvement in storage densities. This does not come completely free, as due to the way SMR writes to the disk, it is primarily meant to be a sequential write / random access read storage device. Picture roofing shingles, but for hard drives. The tracks are slightly overlapped as they are written to disk. This increases density greatly, but writting to the middle of a shingled section is not possible without potentially overwriting two shingled tracks simultaneously. Think of it as CD-RW writing, but for hard disks. This tech is primarily geared towards 'cold storage', or data that is not actively being written. Think archival data. The ability to still read that data randomly and on demand makes these drives more appealing than retrieving that same data from tape-based archival methods.

Full press blast for the SN100 after the break.

Targeting application and database acceleration, virtualization and big data analytics, the Ultrastar SN100 series of SSDs will be offered as a half-height, half-length (HH-HL) add-in card, as well as in a standard 2.5-inch drive form factor, with industry-leading capacities up to 3.2TB. For added NAND Flash endurance and reliability, the Ultrastar SN100 series will deploy HGST’s CellCare NAND management technology optimized for Toshiba MLC NAND Flash.

To further accelerate innovation for server-side Flash solutions, HGST will be implementing NVMe-compatible extensions aimed at delivering new levels of application integration by enabling value-add software layers to interface with the PCIe SSD’s NAND flash management. Utilizing these HGST extensions, software can interact with the SSDs in a more comprehensive way and realize data management optimizations that deliver two times higher performance and two times better endurance compared to solutions without this capability.

“We expect to see significant growth in PCIe-based SSD demand, especially as businesses implement server-side Flash in conjunction with Flash-optimized software and applications,” said Mike Gustafson, senior vice president and general manager of HGST Flash Platforms Group.  “As a strategic addition to our broad portfolio of SATA, SAS and PCIe SSDs, windustry-leading performance, including consistent low access latency, as well as enterprise endurance. We are also delighted about our partnership with Toshiba and look forward to strengthening our relationship in the years to come.”