While most of the deep, architectural changes in GM204 are based around power and area efficiency, there are still some interesting feature additions NVIDIA has made to these cards that depend on some specific hardware implementations.  First up is a new antialiasing method called MFAA, or Multi-Frame Sampled AA (not, as it turns out, Mother F–king AA). This new method alternates the AA sample pattern, which is now programmable via software, in both temporal and spatial directions. 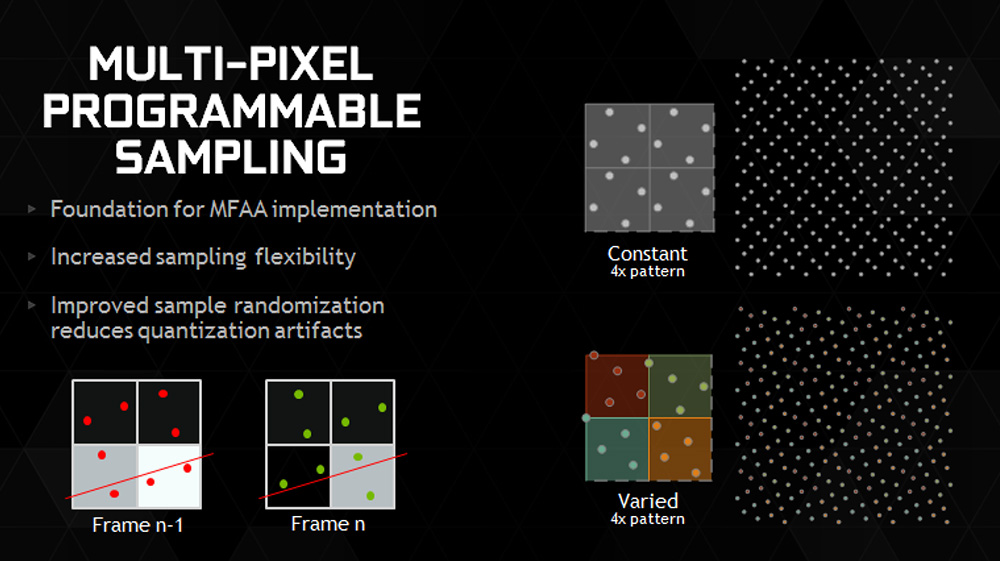 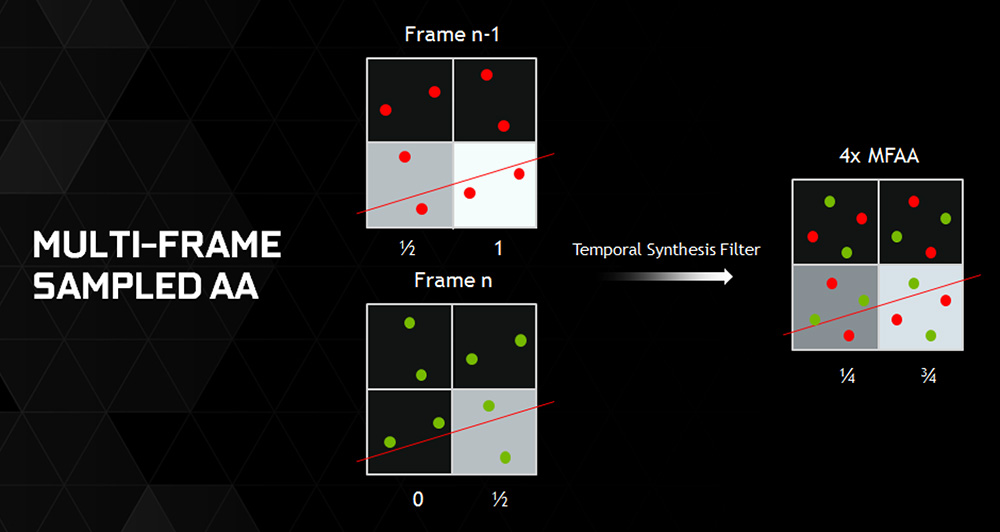 MFAA wasn't enabled in our press driver so we'll have to test this another time.

Next is a feature called DSR, Dynamic Super Resolution, which attempts to bring some of the benefits of higher resolution gaming to users that don't want to invest in something like a 4K panel (yet). Essentially, NVIDIA's new driver will allow you to enable various multiples of your current panels native resolution and those new resolutions will show up in your games settings.

The game then is actually rendering at that new resolution, 3840×2160 for example. NVIDIA's DSR engine then uses a 13-tap Gaussian filter to downsample the image back to 1920×1080. The result in most cases is an improved image with less jagged edges and better coverage in any areas with alpha transparency. 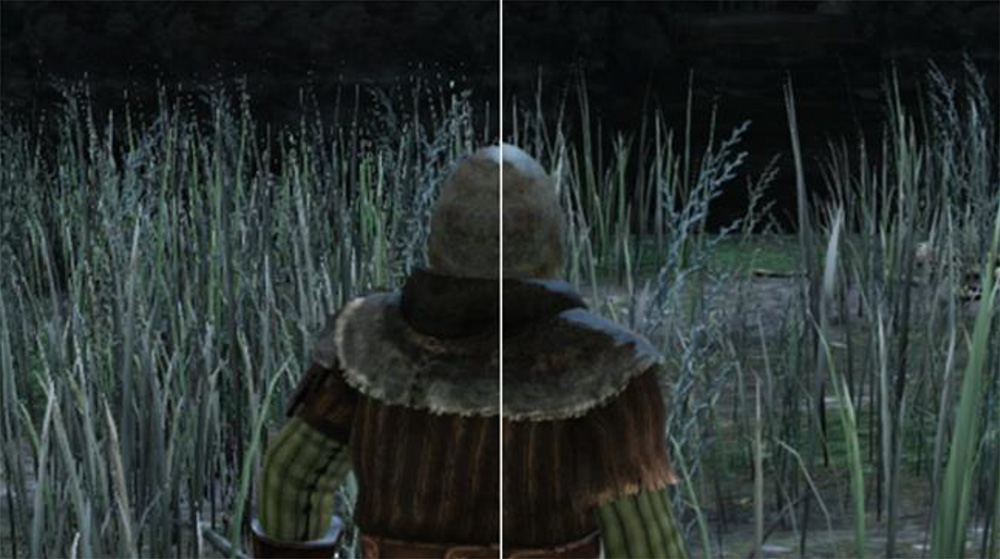 I actually did some testing of DSR on a 1080p monitor, with Skyrim, and found the results to be impressive. It resulted in a slightly softer but higher quality image than we got even with 8x MSAA enabled.

Click here for a much larger version of this animation!

Obviously you are going to pay the performance penalty for running a game in DSR, just as if you were running at the higher resolution directly. In fact, you will actually see a 1-2% disadvantage over that with the addition of the filter being applied. However, for games that are running incredibly fast on your new GeForce GTX 980 with frame rates over 120, etc, then enabling DSR is a way to take advantage of that horsepower and improve quality.

This feature sounds very similar to SuperSample AA but, in that case, the game is actually rendering at four times the resolution, and then downsampled by the GPU using a simple filter, so quality will differ slightly. Also, if the game you want to enable DSR in doesn't play well with 4K resolutions (UI elements render poorly, etc.) then you might find it better to just keep SSAA instead. 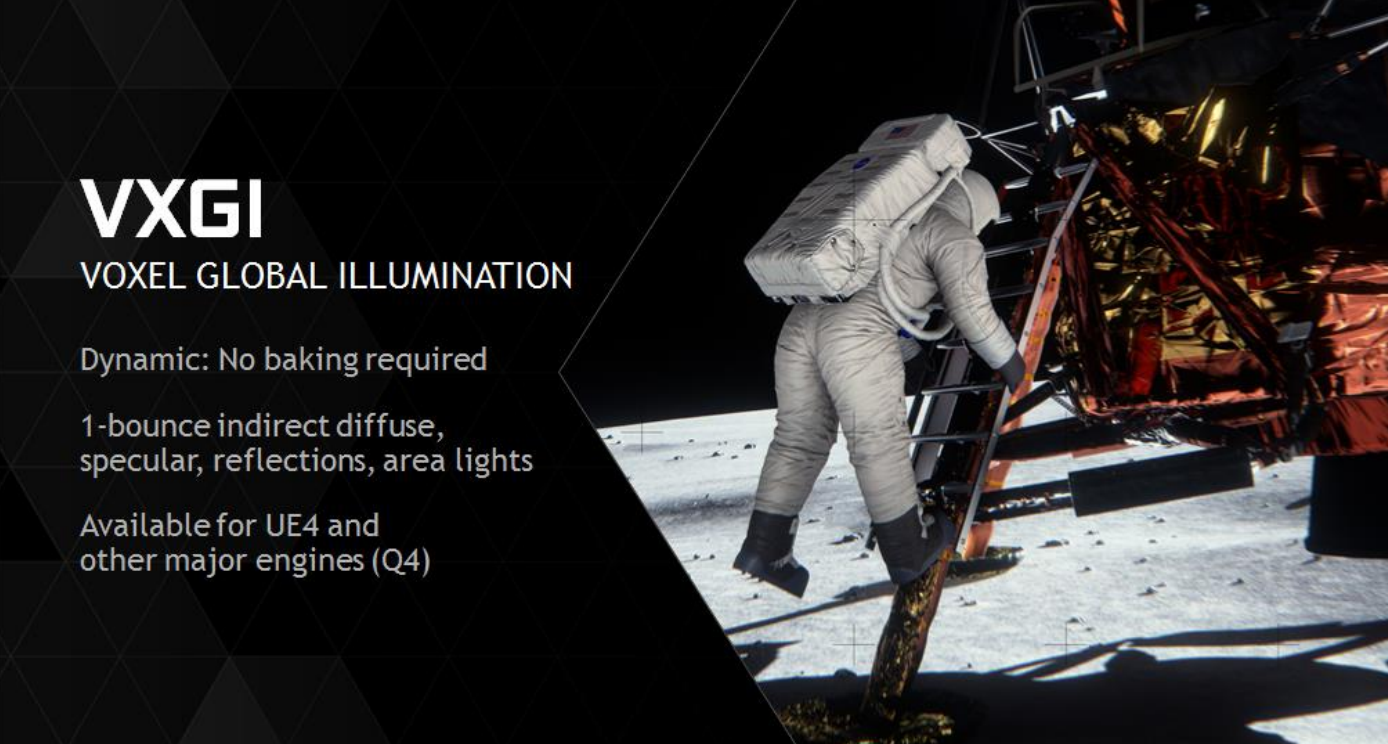 NVIDIA is very proud of VXGI, an evolution of its custom global illumination technology. The details are very complex, more so than I have time to get into today, the premise is to use voxel acceleration to build a completely dynamic illumination engine with single bounce diffuse, specular, reflective and area lighting. It has already been built into UE4 and should be available in other engine in Q4.

I will dive more into this at a later time, as games become available that utilize the technology, but NVIDIA is bullish on the VXGI technology and Maxwell's ability to accelerate the algorithm effectively and efficiently.