To begin with I installed Windows 8.1. With most people using some version of Microsoft’s OS I went with Windows (though I will briefly cover an Ubuntu installation later in this article). Initially I was impressed just with the speed of my Windows 8.1 install, which didn’t take any more time than an average desktop. I suspected that the performance of the onboard eMMC storage was pretty good. Once Windows and all drivers were installed I noted some first impressions of the user experience. 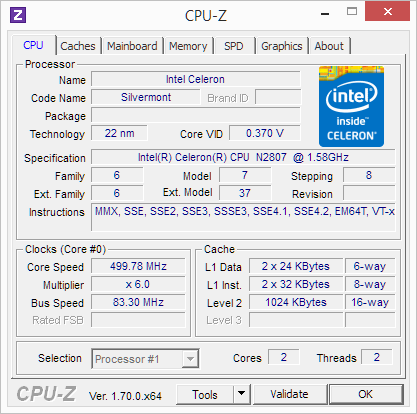 The LIVA doesn’t have the hardware to be lightning fast, but any delays with the Windows UI were minimal. Real-world speed is going to depend on which apps are running, of course, and these initial impressions were made with no additional applications open. I downloaded a few applications to get a feel for what using this LIVA as a daily driver might be like, and then proceeded to do just that over the course of a week. I installed Chrome and Firefox (and the latest version of Flash), downloaded iTunes and VLC for media playback, and LibreOffice for some productivity testing. 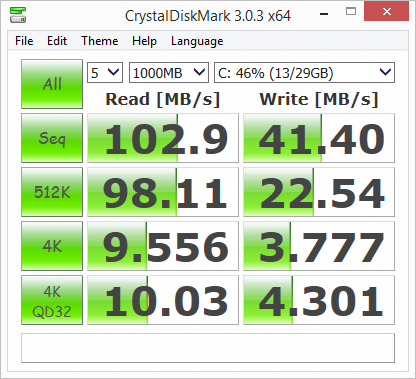 Opting to test out the storage speed first, given my initial impression that the LIVA had good read/write speed from the onboard eMMC, I ran a couple of drive benchmarks as soon as my Windows install was complete. With sequential reads of just over 100 MB/s and writes of over 40 MB/s the 32GB of onboard storage was pretty quick, outperforming 2.5” rotating media. 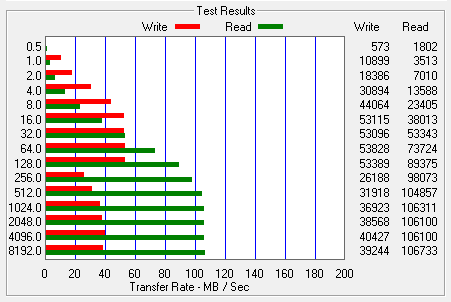 Additional space would be relegated to external USB drives or network storage, but the eMMC functioned well as a Windows boot drive.

I installed PCMark 7 to give readers a frame of reference for the LIVA. I ran the free benchmark and received a score of 2266. Certainly this is only a fraction of what we might expect from a performance PC, but not so bad considering the hardware involved.

One of the ideal applications of the LIVA might be as a small media server, especially for NAS devices without such capability. For example, the Thecus units we reviewed recently both featured iTunes server functionality out of the box, but many NAS units do not. If media playback is smooth on this little PC, there could be some even more interesting applications for the living room as well. I wanted to jump right in to HD media playback, and this served a dual-purpose as an opportunity for real-world thermal testing.

For the first test I used Chrome to watch 1080p movie trailers on YouTube. And…let’s just say that 1080p flash video is not going to be an option here. YouTube 720p playback was fine, however. Next I moved on to Blu-ray playback through VLC (with AnyDVD HD) using my external ASUS Blu-ray drive. This time 1080p was smooth. CPU utilization was still 100%, but the LIVA kept up and I didn’t see a single stutter. I will add that multi-tasking during a stressful process like HD playback was actually possible, though the system was not really useable. This isn’t the machine for you if you like watching videos while web browsing.

I quickly revisited 1080p playback with the common MKV format file using VLC. Once again, 1080p was smooth on the LIVA, and I encountered no stuttering at all. Additionally, as I was testing with the LIVA connected to my TV in the living room I was pleased to note that audio over HDMI worked perfectly with no configuration required. I have to say I’m impressed at the trouble-free 1080p playback from a high quality video file after observing choppy 1080p from YouTube – though naturally the Flash container introduces additional overhead.

The included Broadcom wireless SDIO adapter offered excellent speed, and the internal antenna (which is installed with adhesive to the top of the LIVA's case interior) offered very good reception around my house. I tested overall throughput with a larger download and observed excellent speed using uTorrent to download the latest Ubuntu desktop image.

With a peak download speed of 7.4MB/s and an average of over 5MB/s, the wireless card was taking full advantage of my 60Mb/s (7.5MB/s) cable connection. I lucked into an incredible day of internet speed for me, and these are equal to the highest numbers I've seen at home with a connection that rarely reaches the full advertised speed. The fact that this performance was recorded using only the LIVA and the included wireless card is very impressive.

During the 1080p Blu-ray playback test the maximum temperature recorded using RealTemp was 68 C on both cores after 30 minutes. This temperature remained constant past the 40-min mark when I moved on to other tests. (When testing MKV playback temps were virtually identical to those observed during Blu-ray playback at 66 C, with the 2 C difference attributable to variance in ambient temps in the room.) There was noticeable warmth coming from the vents at the top of the LIVA’s tiny enclosure, but the system seemed to be working as designed. At this point it seems that the heatsink employed by ECS is more than adequate for this implementation.

Idle temps with the LIVA were higher than what a desktop user might be used to most of the time. The CPU cores downclock to as low as 500MHz at idle, but the temps would jump from a low of only 26 C (during sleep) to 45 – 50 C when resuming and then opening a web browser. This did not seem to present a problem, however, and the LIVA never reached 60 C unless the system was pushed (i.e. HD video).

I tested the LIVA's total power draw from the wall using a Kill-A-Watt meter, and the numbers are just ridiculous. Only 3.2 W (yes, 3.2 watts) at idle, and the highest I observed at full load was 9.5 W. The TDP of the SoC's Celeron N2807 is 4.5 W, with the SDP (scenario design power) rated at just 2.5 W. Needless to say, the idea of running a complete PC – CPU, GPU, RAM, storage, networking, I/O – at 10 W or less is pretty amazing. The supplied power brick is a micro-USB adapter, and though it is larger and more powerful than the usual phone or even tablet charger, the LIVA would probably run from just about any high quality smartphone charger considering how little power the system requires. 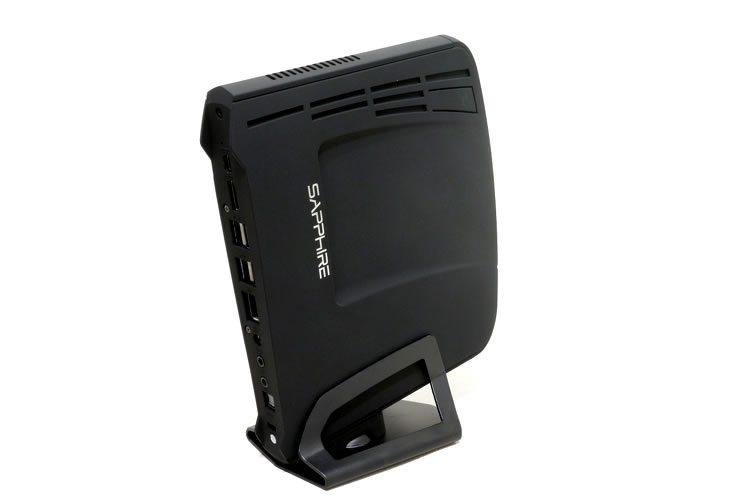 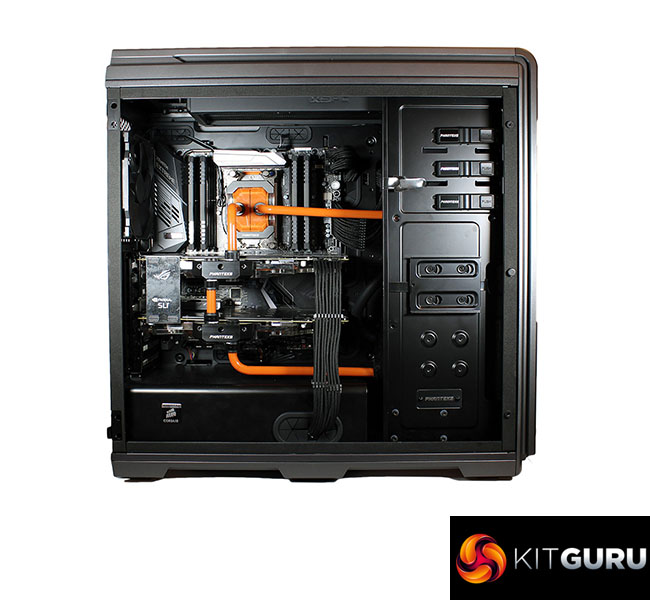 A ‘rippen AMD system from Chillblast