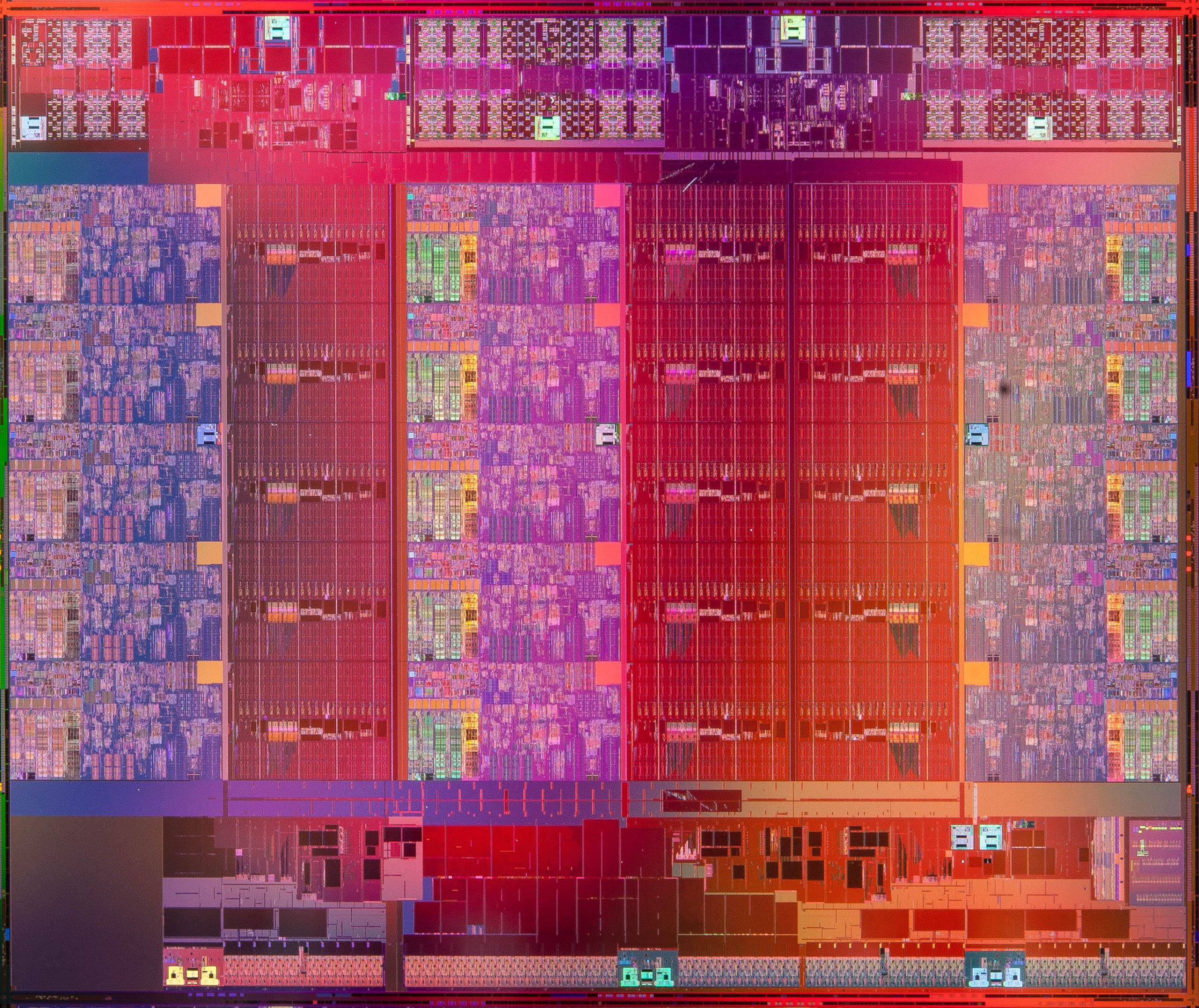 Last February, Intel launched the Xeon E7 v2 line of CPUs. Based on the Ivy Bridge architecture, they replaced the original Xeon E7s, developed from Sandy Bridge, that were released in April 2011. Intel is now planning to release Haswell-EX in the second quarter of 2015. No specific SKUs are listed, this information describes the product family as a whole.

This is Ivy Bridge-EX. Haswell-EX will have 3 extra cores (and look a bit different).

To set the tone, these are not small chips. Using the previous generation as an example, Ivy Bridge-EX was over twice the size (surface area) of Ivy Bridge-E, and it contained over twice the number of transistors. While Ivy Bridge-EX was available with up to 15 physical cores per processor, double that with HyperThreading, Haswell-EX is increasing that to 18, or 36 simultaneous threads with HyperThreading. If that is not enough cores, then you can pick up an eight-socket motherboard and load it up with multiple of these.

Other than their gigantic size, these chips are fairly similar to the Xeon E5 processors that are based on Haswell-E. If you need eighteen cores per package, and can spare several thousand dollars per processor, you should be able to give someone your money in just a handful of months.