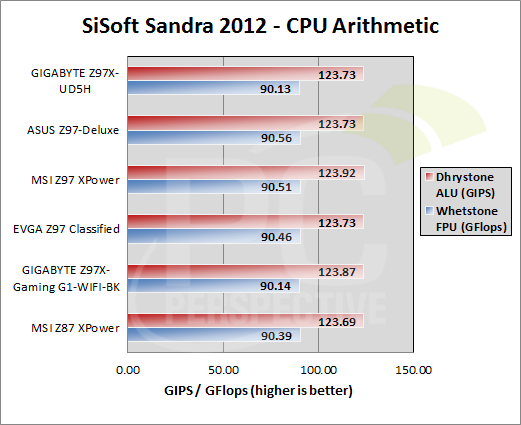 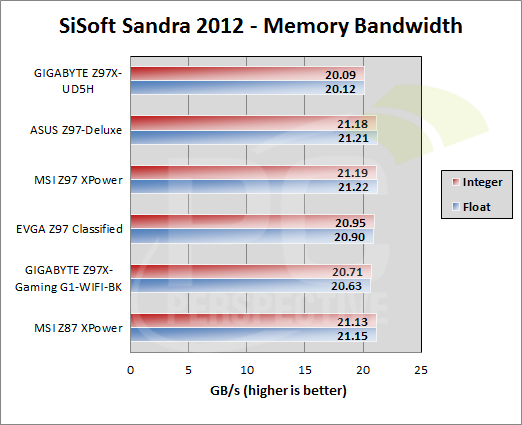 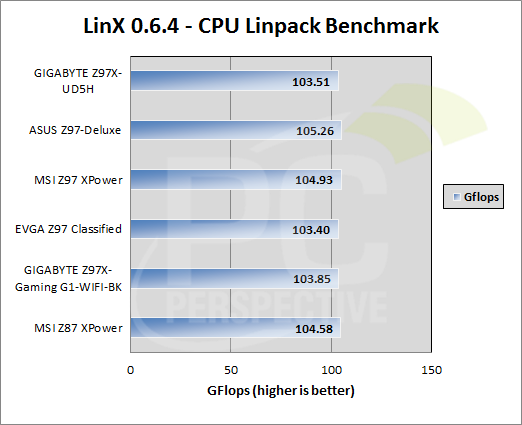 This CPU torture test is a proven method for identifying possible issues with the CPU to motherboard interface layer. The Z97X-UD5H performs within expectations in comparison to the other test systems. 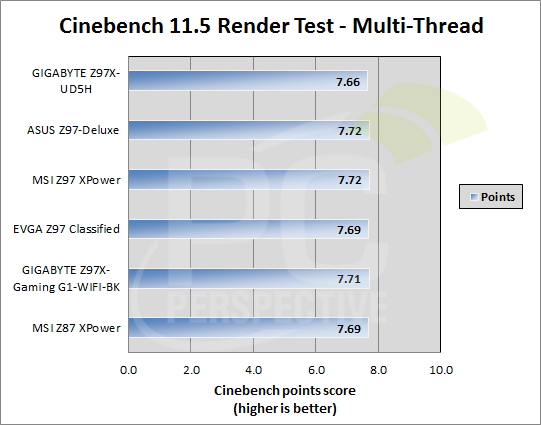 The Z97X-UD5H manages to perform wihtin expectations in this multimedia benchmark. 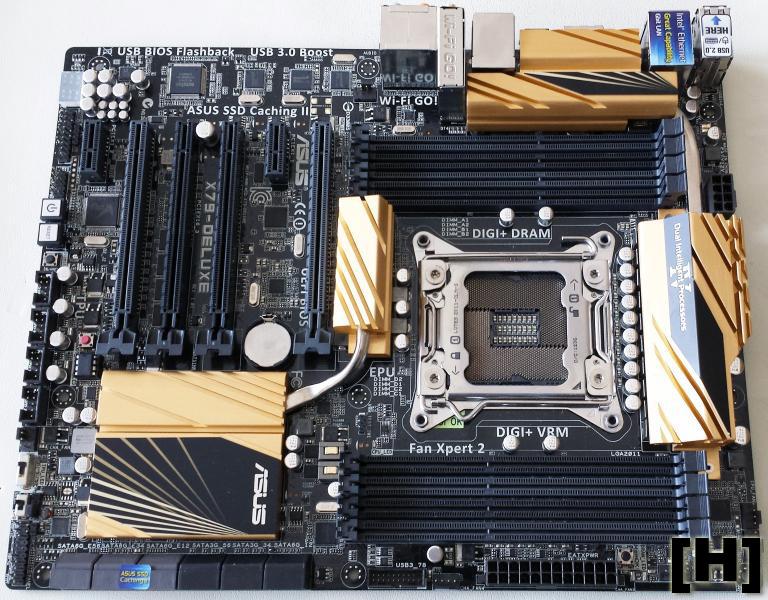 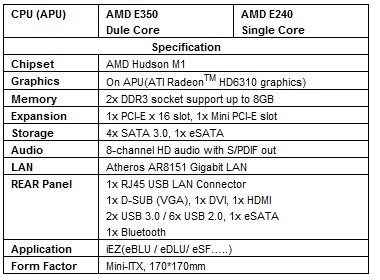