Audio playback of selected music tracks using either soudn solution was also distortion free. You should have no issues using any type of audio setup with this board's audio subsystem for playback.

The recorded audio volume remained low until Microphone Boost was set to +20dB with recording volume set to 50. There was no distortion detected during any of the record audio playback tests, even with the Noise Reduction settings enabled via the audio settings applet. 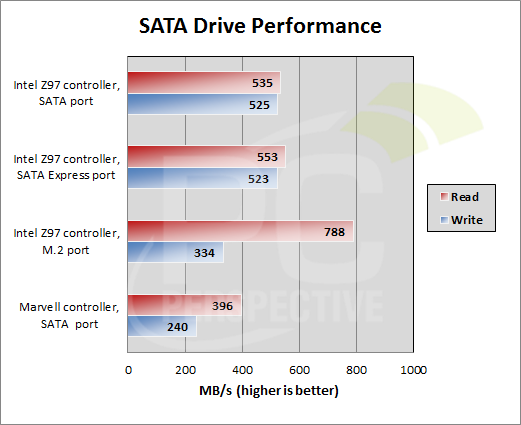 Devices connected to the Intel Z97-based ports performed better than those on the Marvell-controlled ports with transfer rates pushing the performance limits of the device ratings. The M.2 SSD outperformed all other devices in read speeds because of its greater bandwidth support. The SSD rates on the Marvell controller performed sub-optimally during write operations with it barely approaching 400 MB/s during the read tests. 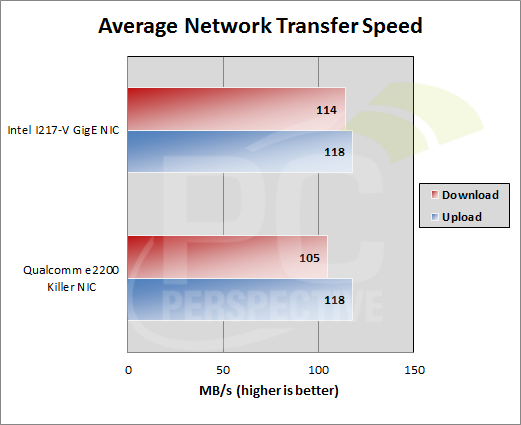 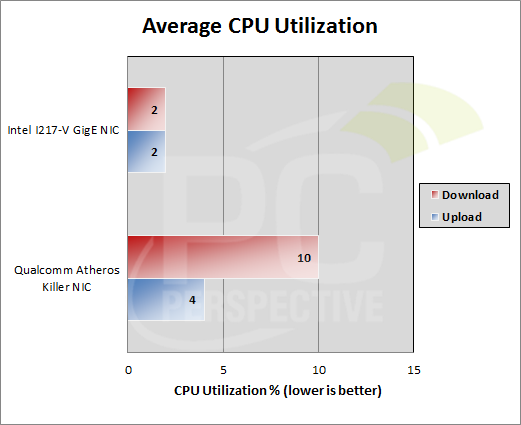 Energy efficiency on a motherboard