PC components seem to be getting smaller.  Micro-ATX used to not be very popular for the mainstream enthusiast, but that has changed as of late.  Mini-ITX is now the hot form factor these days with plenty of integrated features on motherboards and interesting case designs to house them in.  Enthusiast graphics cards tend to be big, and that is a problem for some of these small cases.  Manufacturers are responding to this by squeezing every ounce of cooling performance into smaller cards that more adequately fit in these small chassis.

MSI is currently offering their midrange cards in these mini-ITX liveries.  The card we have today is the GTX 760 Mini-ITX Gaming.  The GTX 760 is a fairly popular card due to it being fairly quick, but not too expensive.  It is still based on the GK104, though fairly heavily cut down from a fully functional die.  The GTX 760 features 1152 CUDA Cores divided into 6 SMXs.  A fully functional GK104 is 1536 CUDA Cores and 8 SMXs.  The stock clock on the GTX 760 is 980 MHz with a boost up to 1033 MHz.

The pricing for the GTX 760 cards is actually fairly high as compared to similarly performing products from AMD.  NVIDIA feels that they offer a very solid product at that price and do not need to compete directly with AMD on a performance per dollar basis.  Considering that NVIDIA has stayed very steady in terms of marketshare, they probably have a valid point.  Overall the GTX 760 performs in the same general area as a R9 270X and R9 280, but again the AMD parts have a significant advantage in terms of price.

The challenges for making a high performing, small form factor card are focused on power delivery and thermal dissipation.  Can the smaller PCB still have enough space for all of the VRMs required with such a design?  Can the manufacturer develop a cooling solution that will keep the GPU in the designed thermal envelope?  MSI has taken a shot at these issues with their GTX 760 Mini-ITX OC edition card.

MSI has designed their Mini-ITX boards to be as short as possible, and not go wider than two slots.  The GTX 760 shares the Mini-ITX stable with the R9 270X.  This is part of the “Gaming” series of products that offers increased quality over reference designs, but are not nearly as cutting edge as the Lightning or HAWK series of products from MSI.

The GTX 760 Mini-ITX has a fair overclock right out of the box.  It has a base clock of 1006 MHz and a boost clock of 1072 MHz.  If a user installs the Gaming App from MSI, they have the choice of running it in three different modes.  OC Mode gets more aggressive with the clockspeeds and runs it at 1033 MHz base and 1098 MHz Boost.  Gaming mode is the default mode out of the box at 1006/1072.  Finally we have Silent Mode which takes the design down to the standard clocks of 980 Base and 1033 Boost. 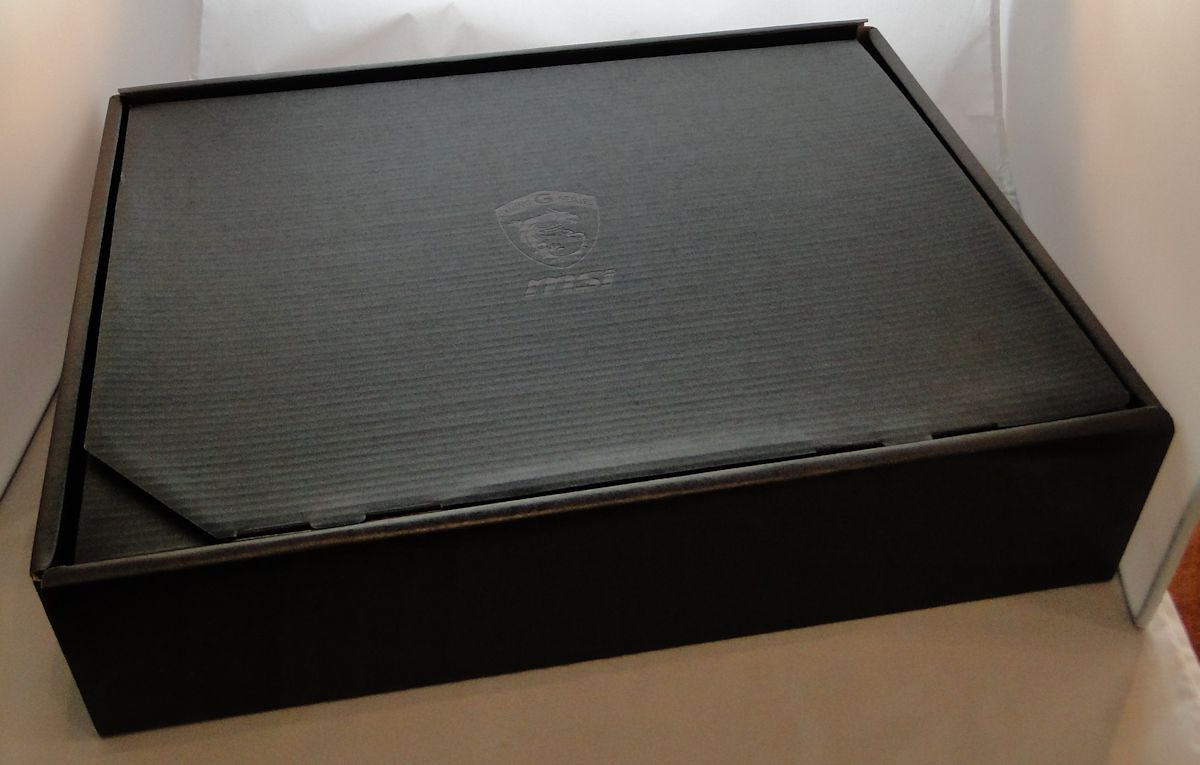 Directly inside the box is the folder/sleeve with the collection of accoutrements included in the bundle.

The PCB does not have a lot of real estate to it, so MSI changed the power connection around a bit.  Instead of having 2 x 6 pin PCI-E connectors as many of the boards in this market seem to have, MSI went with a single 8 pin PCI-E power connection.  In theory this gives the board 225 watts of power.  The card also features a single row of video connections so that the rest of the backplate can exhaust as much hot air as possible.  It comes with a DL-DVI, HDMI, and 2 Mini-DisplayPort connections.

The color scheme is the red and black of the Gaming series with the prerequisite “Dragon” imprint on the shroud.  The overall effect is quite nice and the board should look good in a windowed case.  There is a stiff plate on the rear of the card to provide anchor points for the heatsink and fan.  It will also provide more stiffness to the PCB, and hence less chance for bending and warping.  In this case it also acts as another heatsink by helping to cool the memory mounted on the back of the PCB. 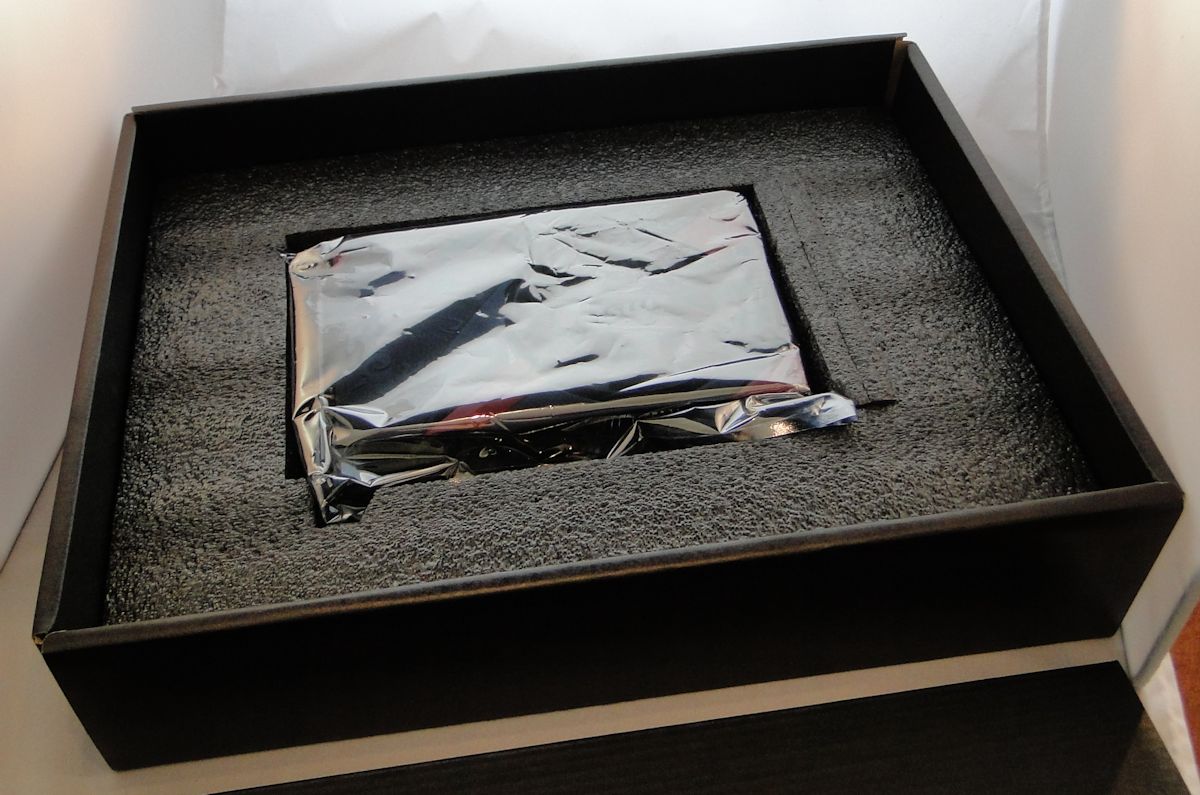 The card is well protected with foam and the requisite anti-static bag.

The cooler is actually quite impressive considering the size of the video card.  The new fan design from MSI is called RADAX.  It implements a standard axial fan with radial fins on the interior and exterior rims of the unit.  The axial fan also has notches in it that supposedly improves airflow as well as lowers fan noise (notched fans are not new when it comes to making them quieter).  This fan is sunk into the heatsink rather than just resting on top of it.  This implementation looks to maximize the two different types of airflow enabled by the RADAX design and increases potential fin surface area.  The fins are mounted on a heavy plate with copper heatpipes embedded within.  The fins are angled so that a fair amount of air is actually pushed towards the back of the card, and then outside of the case.