The GTX 760 ITX is again based on the tried and true GK104, but in a cut down configuration.  NVIDIA has a pretty efficient part with the GK104, but every chip is slightly different from the next when it comes to actual results when measuring power and temperature.  The GTX 760 has a maximum TDP of 170 watts, but most chips do not hit that at stock speeds.  The 8 pin power connection theoretically provides up to 225 watts of power to the chip, so there is some extra overhead available for overclocking.  Power was measured at the wall while running at idle and with the Unigine Nature benchmark and the peak reading recorded. 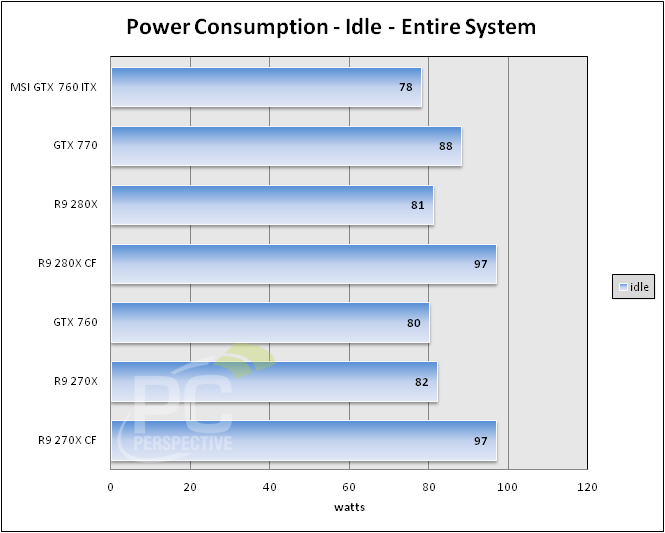 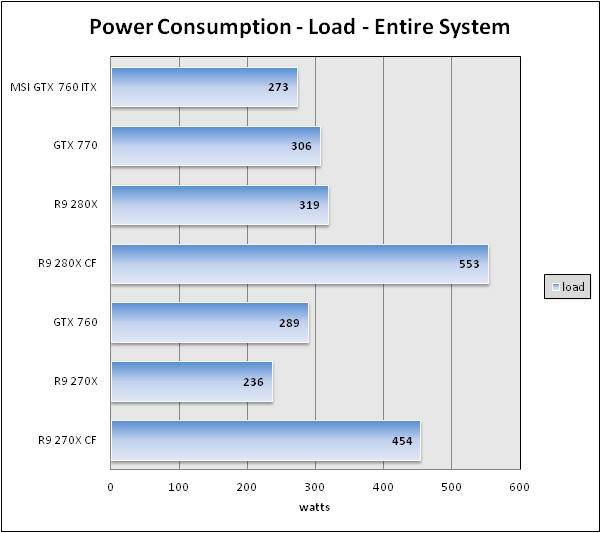 At idle all of the cards do a nice job of slowing down and sipping power.  Once things get cranked up, then we see some interesting results.  The R9 270X is very power efficient considering that it provides performance very close to the GTX 760.  The R9 280X is another big jump up from the GTX 760, but this is to be expected considering how much faster it is overall than the 760.

I think everyone had some real concerns about these latest small, ITX based boards and their ability to cool a decent GPU.  The design that MSI has implemented is pretty darn good overall, and the heft of the card is pretty impressive considering its size.  I tested the cards at the fifteen minute mark at idle and after another 15 minutes of load using Unigine Nature. 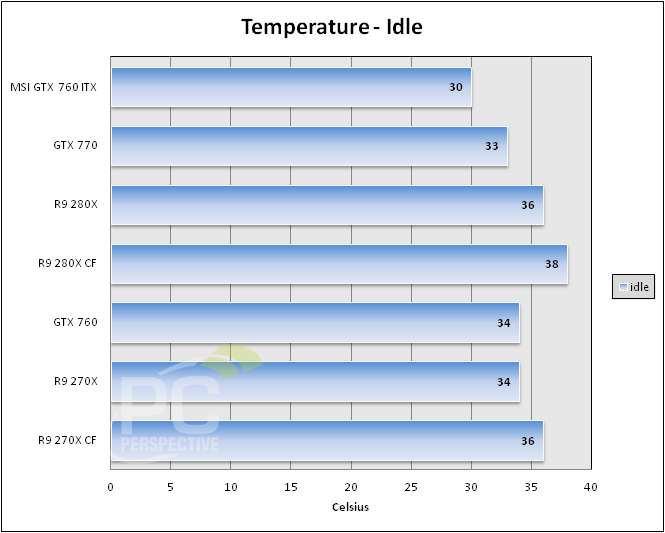 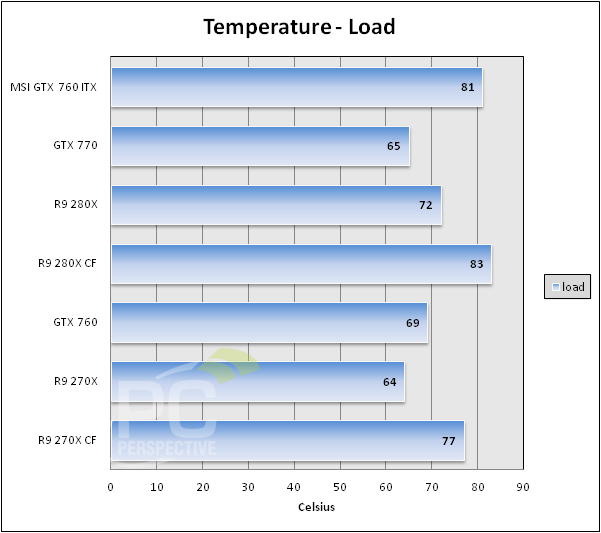 The GTX 760 ITX is quite a bit warmer than the rest of the competition at load, but it is not anywhere near the 95C mark that some reference models routinely hit.  Most all of NVIDIA’s chips are rated for 105C at max before things start downclocking, and the 81C mark is far away from there.  The overall design shows that it is very efficient for what it was designed for and the limitations that were imposed upon it due to the size of the card.

This is another area where people have concerns about the abilities of this particular card.  How will such a design affect overclocking, and is it really worth it to tweak the card?  Happily the results are pretty good and in line with a lot of other GTX 760 cards out there.

Increasing the Power Target to +15% allowed the card to boost to 1150 MHz without touching any sliders.  This is a nice jump from the 1006 base “overclock” setting that MSI implements with this card.  Increasing the voltage allowed me to hit 1202 MHz on the GPU.  This is not as big of a jump as one would hope given that just by increasing the Power Target the GPU automatically goes to 1150 MHz.  At 1202 MHz I was able to get the memory clock up to 6500 MHz effective (1625 MHz). 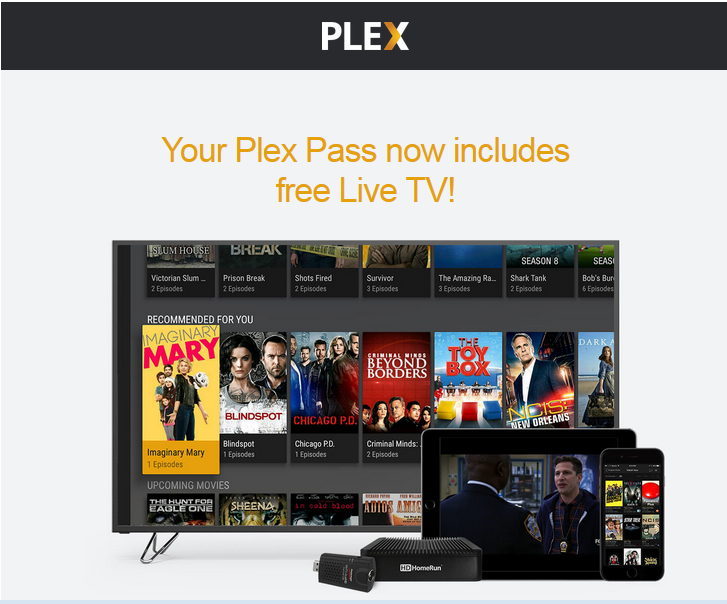