The card is built with MSI’s “Military Class Components”.  These are typically solid capacitors, Hi-C caps, and super ferrite chokes.  The specifications of these parts are at a higher level than what is typically needed for a card of this class, or at least what is specified with the reference design for this particular GPU.  Regardless, we are unlikely to see the bursting caps of yesteryear that plagued MSI for quite some time. 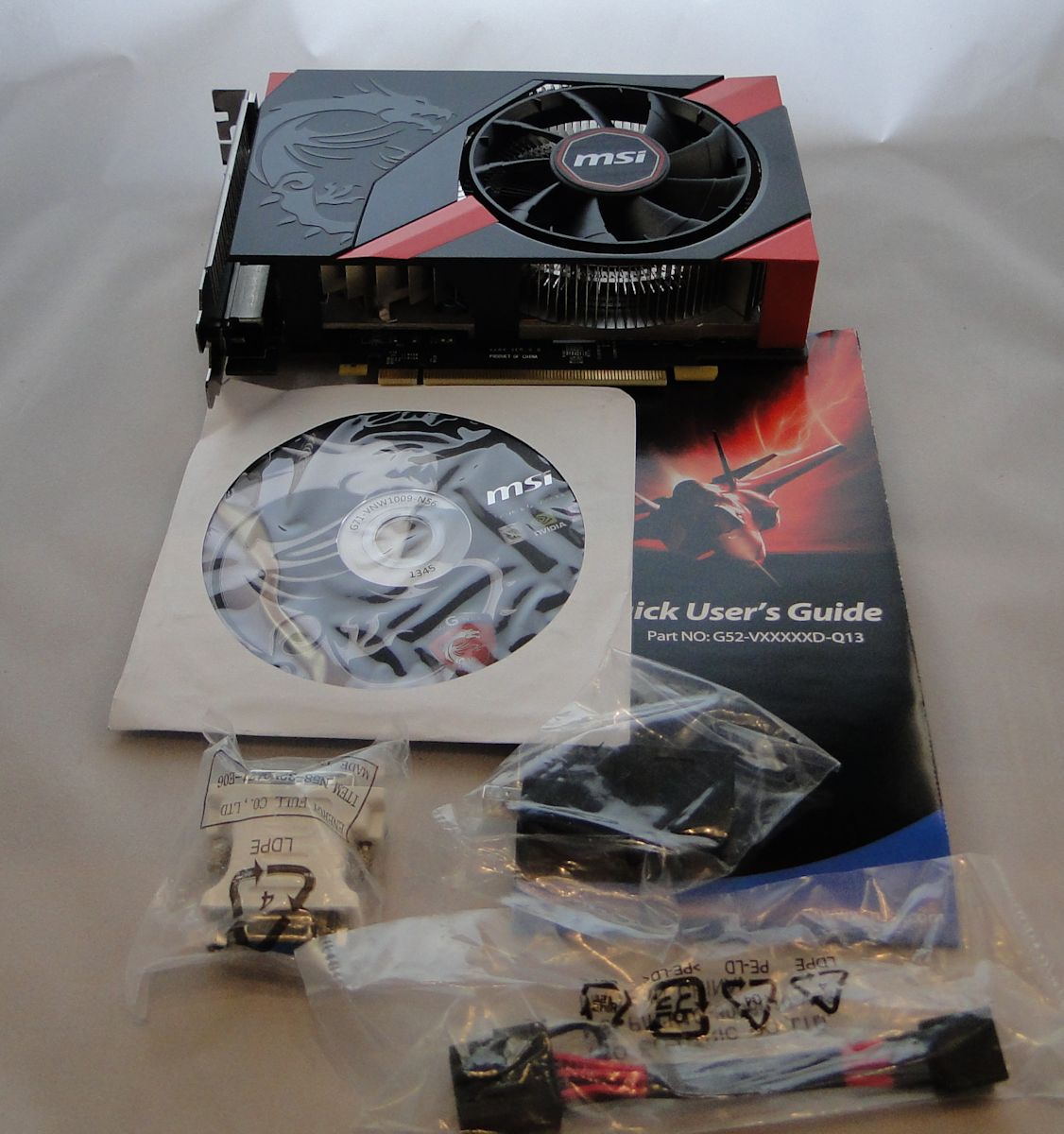 The bundle is a little more basic than we have been used to in the past, but it covers all the bases.

The other features of this card revolve around the software suite that MSI includes with it.  The Gaming App is an easy way to adjust performance from OC Mode, Gaming Mode, and Silent mode.  These are preset values which are guaranteed to work for every card.  This little app makes it quick and easy to change through these three settings, depending on how the user wants the board to perform and what kind of fan noise they are willing to put up with.

The Afterburner overclocking client is a staple for users around the world.  Based off of the technology in Rivatuner, it is a fully functional and well fleshed out utility that allows users to explore the performance capabilities of their individual cards.  It can hook into the sensors on the board to give values for temperature, usage, clockspeed, and voltage across different components.  It also has a programmable fan control that allows users to tailor their experience in terms of cooling and noise.

Finally we have the Predator video capturing software.  This allows users to record their gaming experience so it can be reviewed or uploaded to the internet for others to enjoy.  This is a rather popular response to other applications like FRAPS, and it comes free with this video card.

MSI seems to make a pretty good product when it comes to video cards.  We have covered their Lightning, HAWK, and Gaming products fairly extensively in the past few years.  Only on a few occasions have we had any kind of issue with their products, and even more rarely were they ever showstoppers.  Their pricing falls right in line with the rest of the industry, and their products are typically a few dollars less than competing non-reference products from Asus and others. 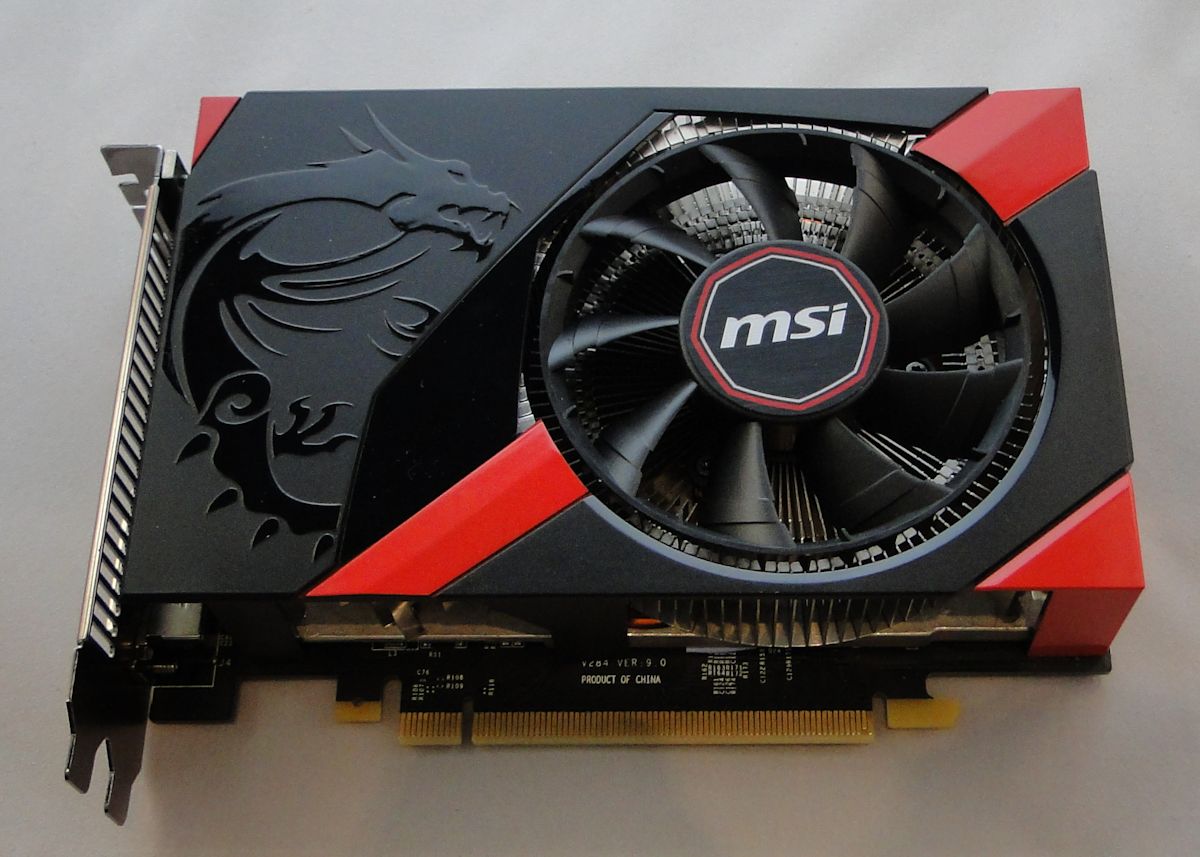 The shroud is nicely embossed with the dragon and integrates the red and black motif effectively.

The build quality of the board is above average.  The overall design is quite pleasing to the eye.  The black shroud with red accents makes this an attractive fit for any windowed case.  The dragon logo embossed in the plastic is a subtle addition that again adds to the good looks of the product.  The video outputs are all near the base of the card, allowing the entire second slot area to be used for exhaust from the heatsink.  While it would have been nice to have had a second DVI port, the two mini-DP connections will allow this card to fully support three and four monitor configurations.

The fan is fairly quiet through most operational states.  When in desktop mode the fan is entirely silent.  Once gaming has begun then we see the fan start to make some noise, but not enough to be discerned over other case noises or the game that the user would be playing.  Only when overclocked to its highest point during repeated benchmark sessions did I hear the fan start to spin up where it would be noticeable to most people.  Even then it was not distracting or annoying as it does not feature a high pitched sound.

From the bottom of the card we get our best look at the cooling mechanism.  Apparently the fins bend a little bit here and there during shipping…  Note as well the angled fins moving air towards the faceplate of the card.

The bundle is above average for a card in this price range.  It features the usual driver CD and manual, but it also includes another power cable, DVI to VGA adapter, and perhaps most interesting a mini-DP to full size DP adapter.  The packaging is excellent overall for protecting the card and for aesthetics.

I was quite pleased with this card overall in what it delivered.  The price now for this card is in the $210 range.  I find it pretty affordable for an NVIDIA enthusiast who is looking for a small form factor video card.  The GTX 760 is powerful enough to handle almost any 1080P gaming situation currently, and it has enough muscle to do Surround gaming with older titles or at lower quality settings.