No new Intel for you this year 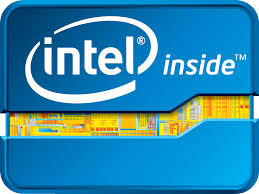 Intel's release schedules have been slowing down, unfortunately in a large part that is due to the fact that the only competition they face in certain market segments is themselves.  For high end servers it looks like we won't see Haswell-EX or EP4S until the second half of next year and Skylake chips for entry level servers until after the third quarter.  Intel does have to fight for their share of the SoC and low powered chips, DigiTimes reports the Broadwell-DE family and the C2750 and C2350 should be here in the second quarter which gives AMD and ARM a chance to gain market share against Intel's current offerings.  Along with the arrival of the new chips we will also see older models from Itanium, Xeon, Xeon Phi and Atom be discontinued; some may be gone before the end of the year.  You have already heard the bad news about Broadwell-E.

"Intel's next-generation server processors for 2015 including new Haswell-EX (Xeon E7 v3 series) and -EP4S (Xeon E5-4600 v3 series), are scheduled to be released in the second quarter of 2015, giving clients more time to transition to the new platform, according to industry sources."