I won't go into every single test as this is only an update piece. Instead I'll step you though tests which showed the greatest differences in performance.

While sequential performance is virtually identical between unpatched and patched Reds, Queue depth performance was an issue, so much so that differences can be seen in the access time reported by HDTune: 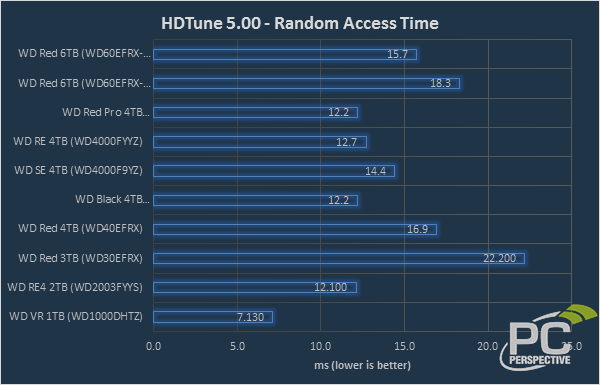 Next up is a look at File Creation times, where the updated Red showed a definite improvement: 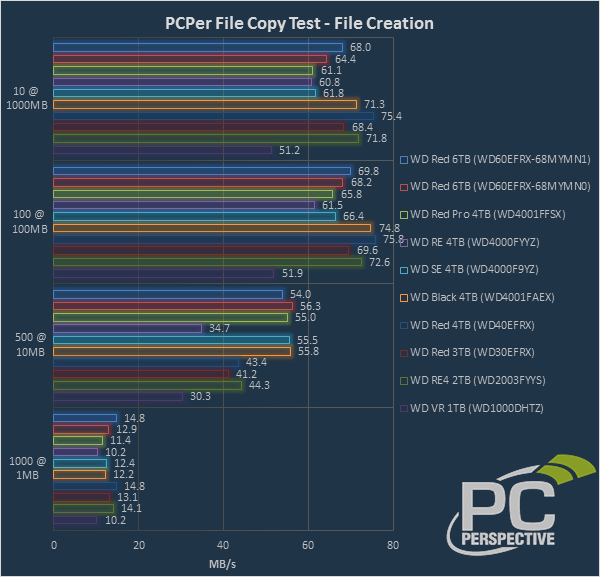 Next up is PCMark, showing similar improvements: 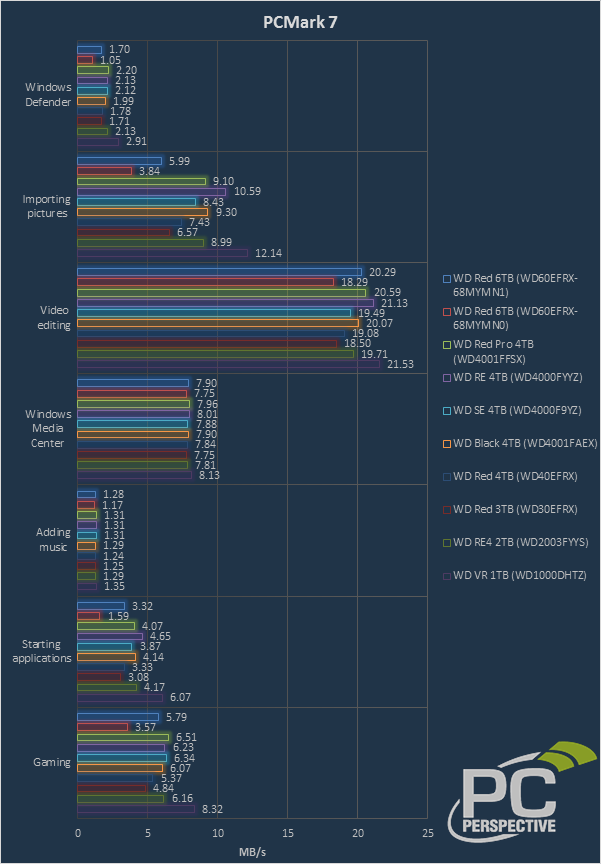 Lastly, a look at Iometer: 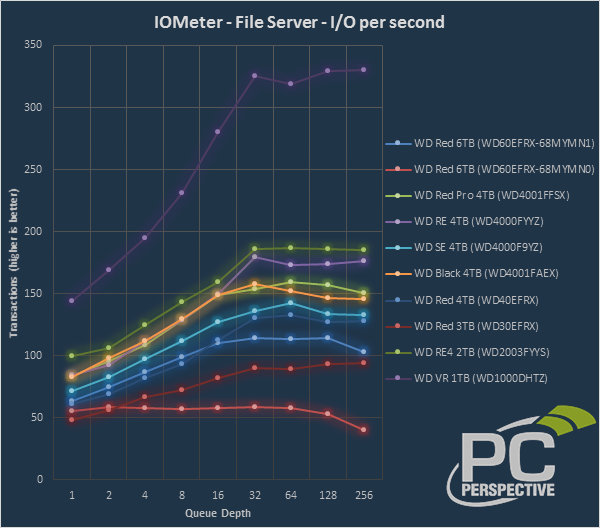 As you can see from the above results, the updated (and currently shipping) version of the 5TB and 6TB WD Red have corrected the performance issues noted in our initial review. Since only a small portion of initially shipped drives were affected, Western Digital has chosen to provide the update to those users via their 24/7 support system.