ASUS has announced a tiny new addition to their GTX 970 family, and it will be their most powerful mini-ITX friendly card yet with a full GeForce GTX 970 GPU. 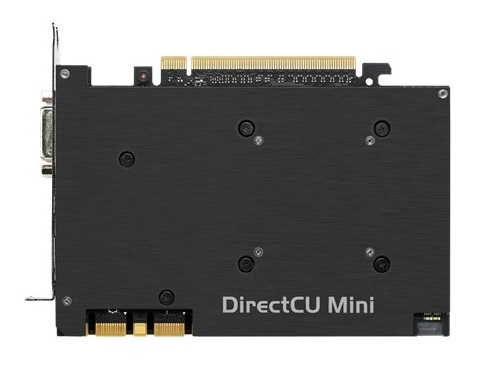 The ASUS GTX 970 DirectCU Mini uses a single 8-pin PCIe power connector in place of the standard dual 6-pin configuration, which shouldn’t be a problem considering the 150W spec of the larger connector (and 145W NVIDIA spec of the 970). 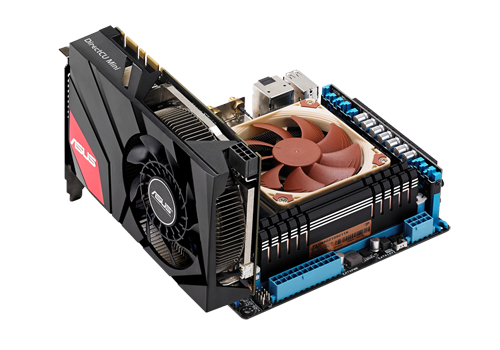 The tiny card offers a full array of display outputs including a pair of dual-link DVI connectors, HDMI 2.0, and DisplayPort 1.2. No word yet on pricing or availability, but the product page is up on the ASUS site.