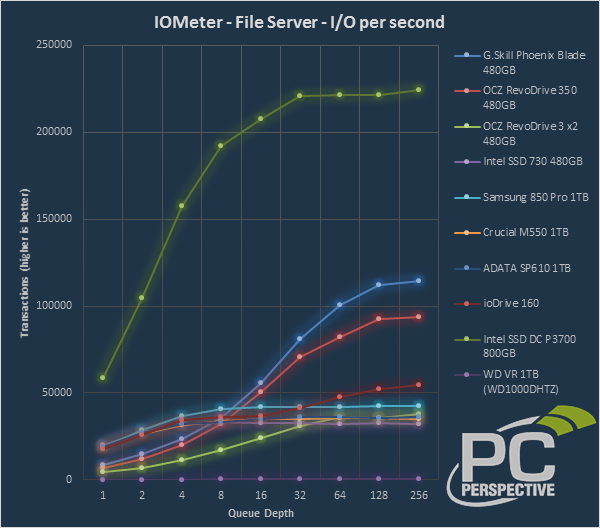 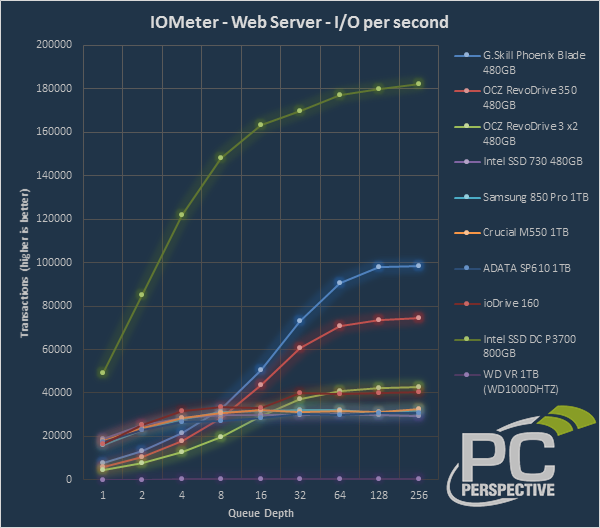 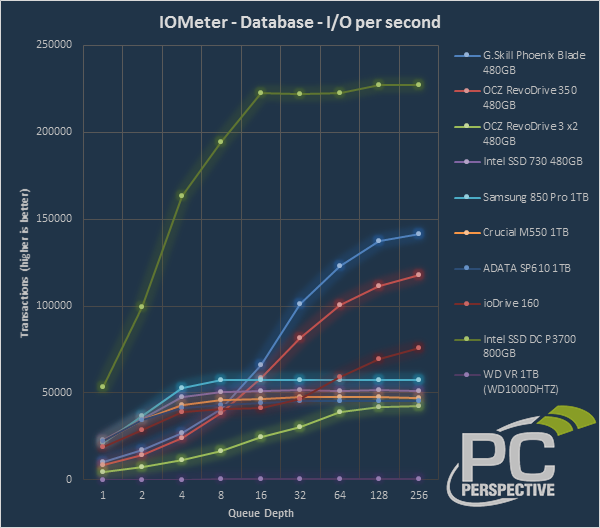 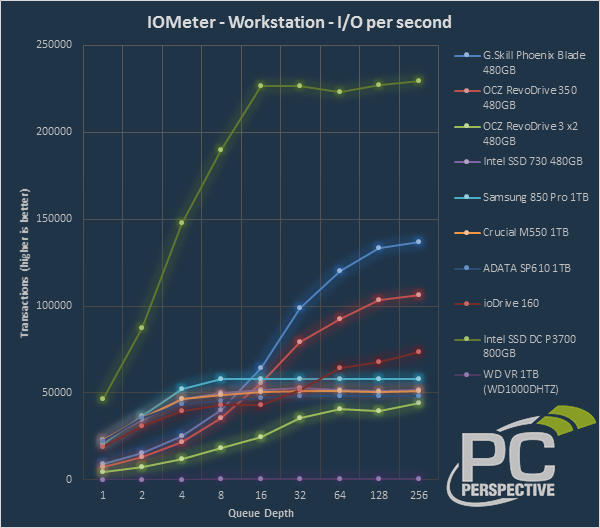 Now we see where the Phoenix Blade truly surpasses the RevoDrive 350. There is a definite gain to be seen in the SBC technology at use here, as it can attain higher ultimate IOPS than OCZ's VCA 2.0 implementation.

Despite this gain over the competition, both solutions are fighting a losing battle in random IO performance when compared to just one modern SATA SSD at queue depths up to 8. Most desktop usage sits in this lower part of the chart, and the less latent SATA controllers are able to reach maximum speeds in this window, and before the Phoenix Blade and the RevoDrive even have a chance to really ramp up to full speed.

Some might believe the inclusion of a P3700 is a bit unfair here, but I disagree. The P3700 uses an 18 channel controller, but the G.Skill and OCZ solutions are using four 4-channel SandForce controllers (16 channels total). The reason the results are so different is mostly due to the significantly higher IO latency of SandForce, with the P3700 seeing added per-IO latency reductions thanks to its use of NVMe, which is significantly more efficient than SCSI or SATA. 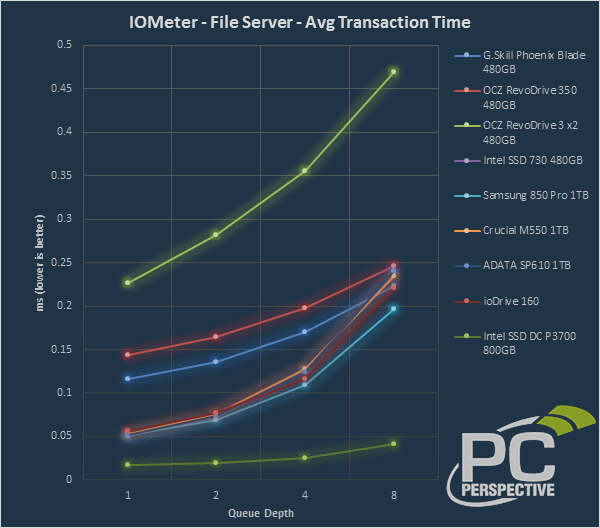 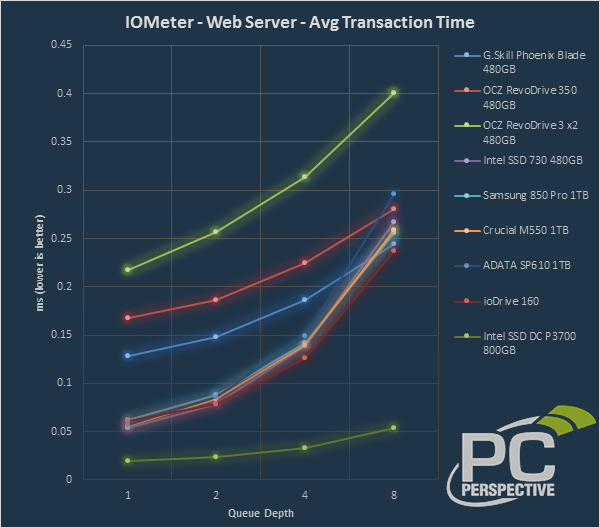 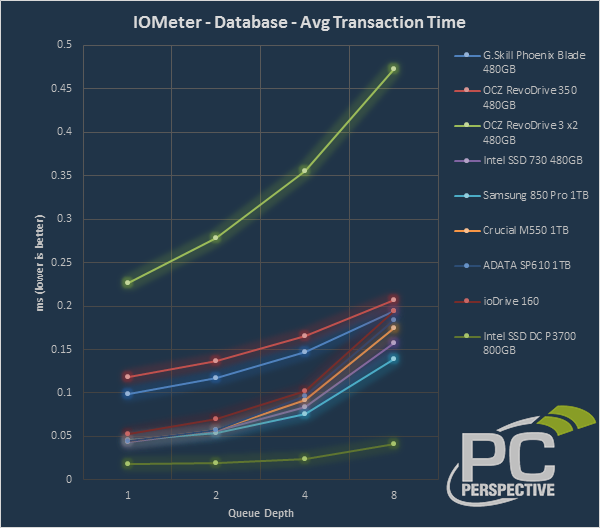 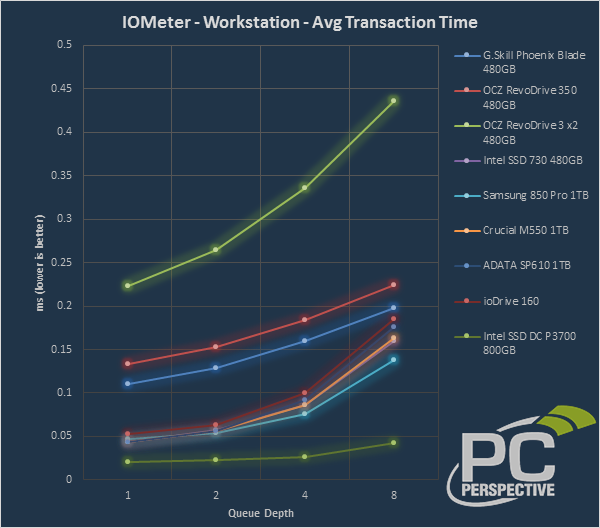 The higher latency of the SandForce controller equipped units over other modern SATA SSDs is painfully clear here as well. The SATA units lose steam and become more latent after QD=8 mostly because they are saturating their respective busses by that point. 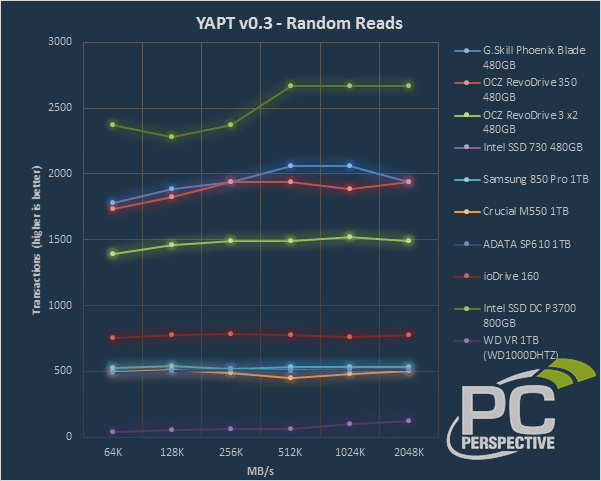 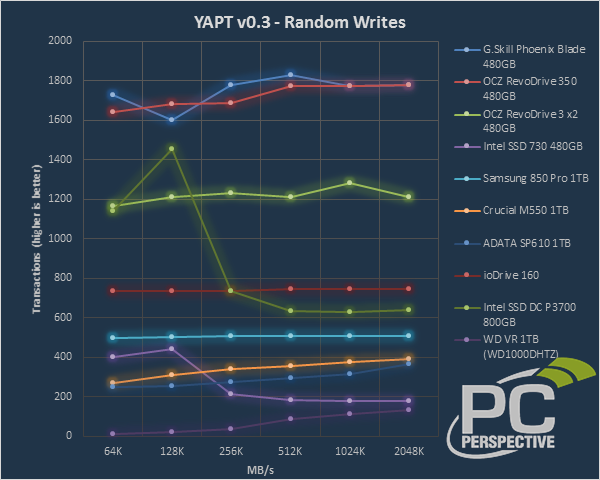 The Phoenix Blade and RevoDrive 350 fare better as their controllers are not as sensitive to alignment. While this is labeled as a random test in YAPT, its block sizes are large enough to be considered borderline sequential for faster SSDs, which allows the top two units to blow past all of the SATA devices. The P3700 chokes hard on writes not aligned to 4k boundaries, and that definitely shows here.