We measured the AC power input to the Astro GD 1200W PSU with an Extech power analyzer while the total DC load was found by adding all the individual +3.3V, +5V, +12V, -12V and +5VSB loads together. 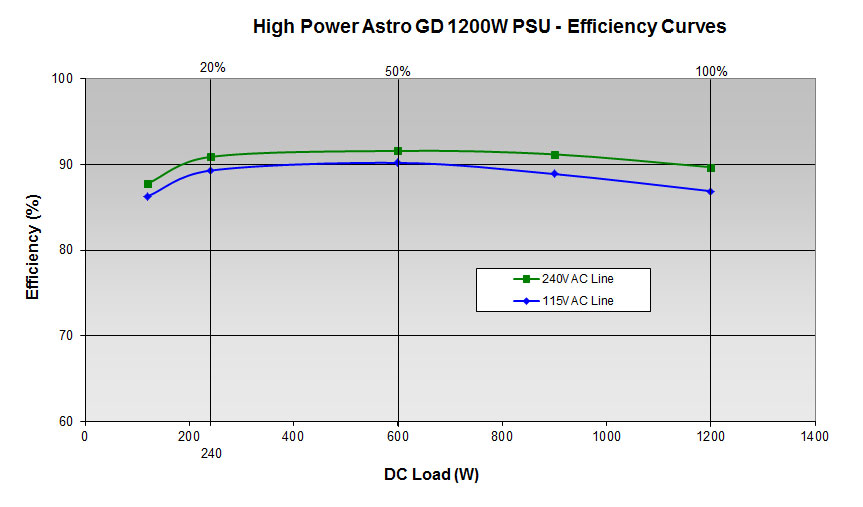 The overall efficiency of the Astro GD-1200W power supply is very good and meets the criteria for 80 Plus Gold certification (assuming we round 86.8% up to 87%). This is not a major issue for concern as the 80 Plus organization tests power supplies at room temperature (25°C). We test power supplies under simulated operating conditions at elevated temperatures, which typically lowers efficiency as temperatures go up.

The High Power Astro GD-1200W PSU started out operating in quiet mode at low to mid power levels as advertised. While not silent, it was relatively quiet. Once the fan speed started to ramp up the noise was noticeable but not loud. At full load the cooling fan kicked into high speed cooling mode and was noticeable. One of the down sides to quiet operation with low fan speed is internal temperatures can get quite warm as you can see from the differential temperatures in the chart above. At full power the exhaust air temperature was starting to get hot.

I was not able to take SPL measurements at the highest load due to the background noise created by all the programmable DC load cooling fans running. At the low to mid power test loads I am able to catch a moment when all the load fans have cycled off to take a SPL reading of just the PSU fan. 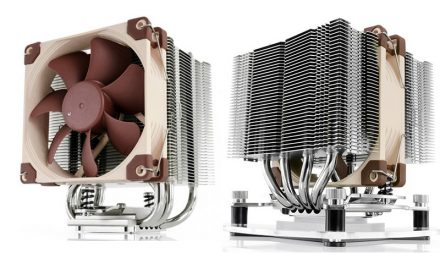 Give your case some flash