Obviously the Core M 5Y70 isn't going to blow anyone's mind when it comes to PC gaming, but I think for casual gamers and the occasional retro gaming session, the new Broadwell-Y processor design will do just fine. 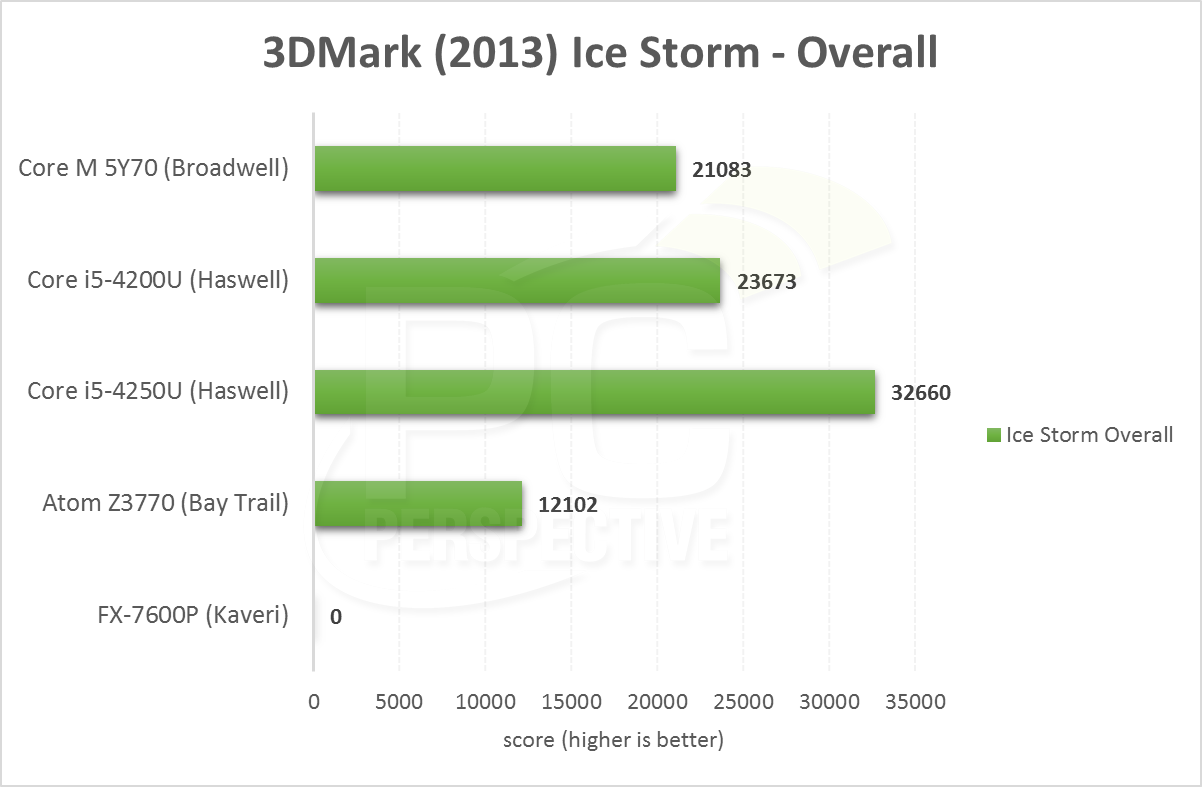 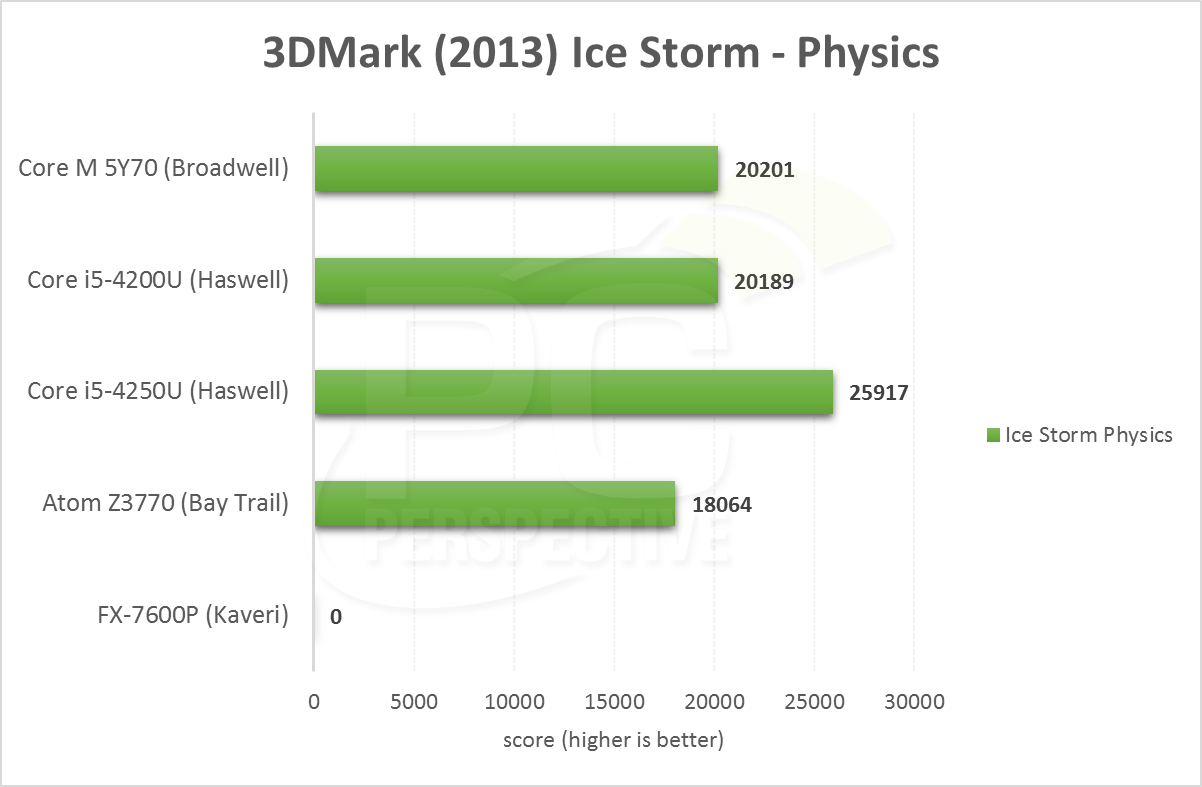 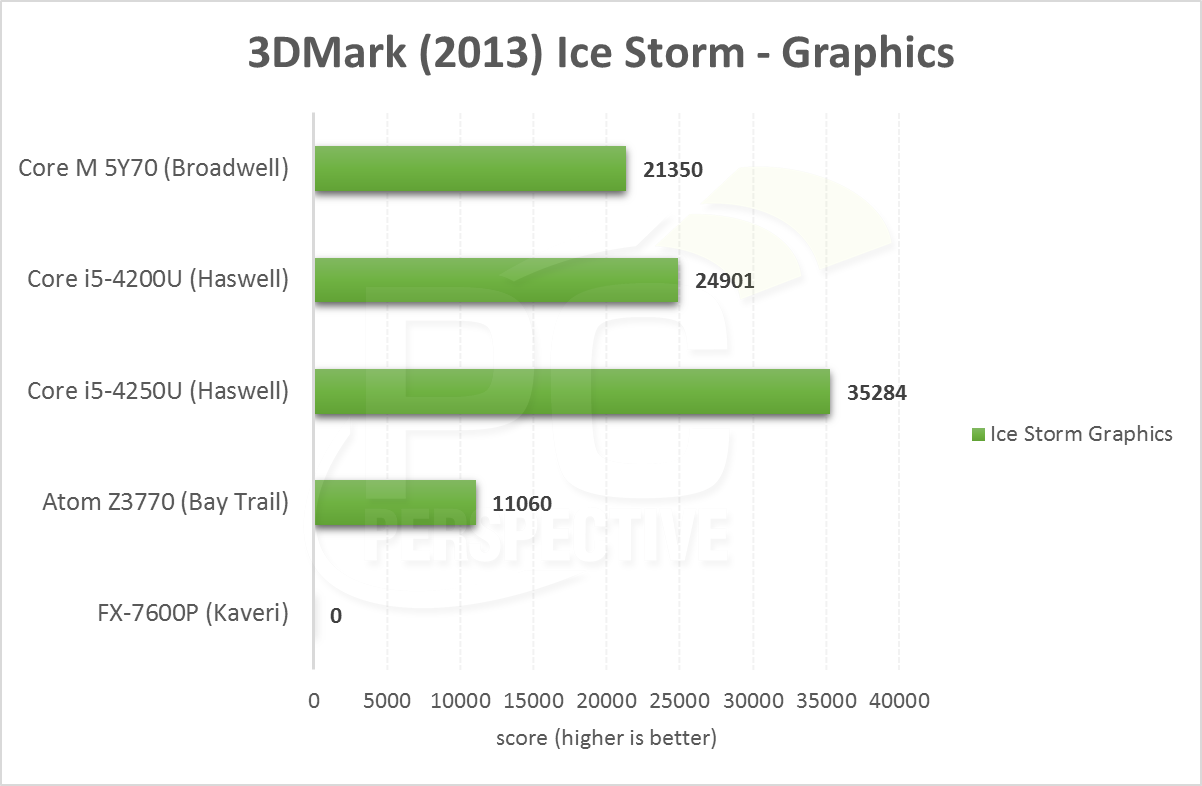 The results from 3DMark Ice Storm, targeted at tablets of both Android and Windows variety, shows the Core M 5Y70 slower than the Core i5-4200U in both Graphics and Physics results. While the CPU-based physics testing seems to make sense, the fact that the HD 5300 graphics has 24 EUs while the HD 4400 graphics implementation of the i5-4200U has 20 EUs, and yet the Haswell part is 16% faster in our graphics result is a bit of a letdown. Obviously the TDP limit of the Core M processor is holding back the clock speeds (and thus overall performance) and allowing the Haswell CPU to lead. 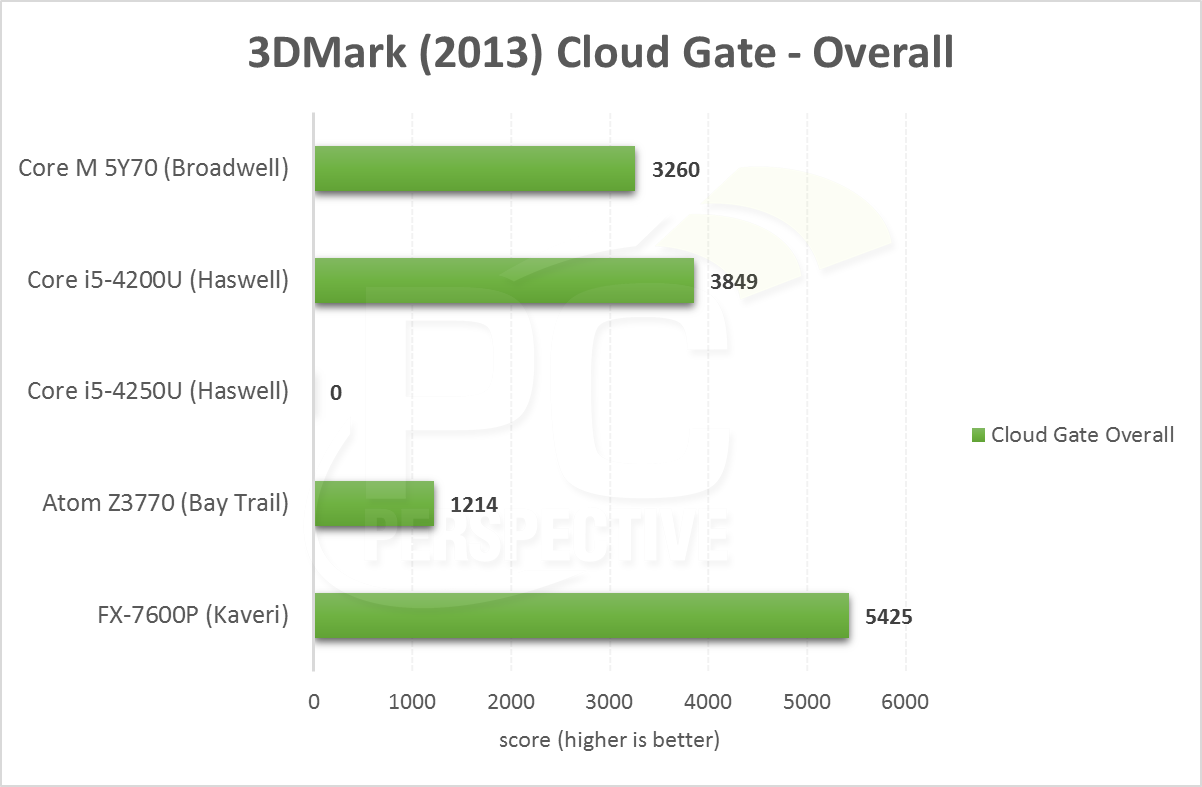 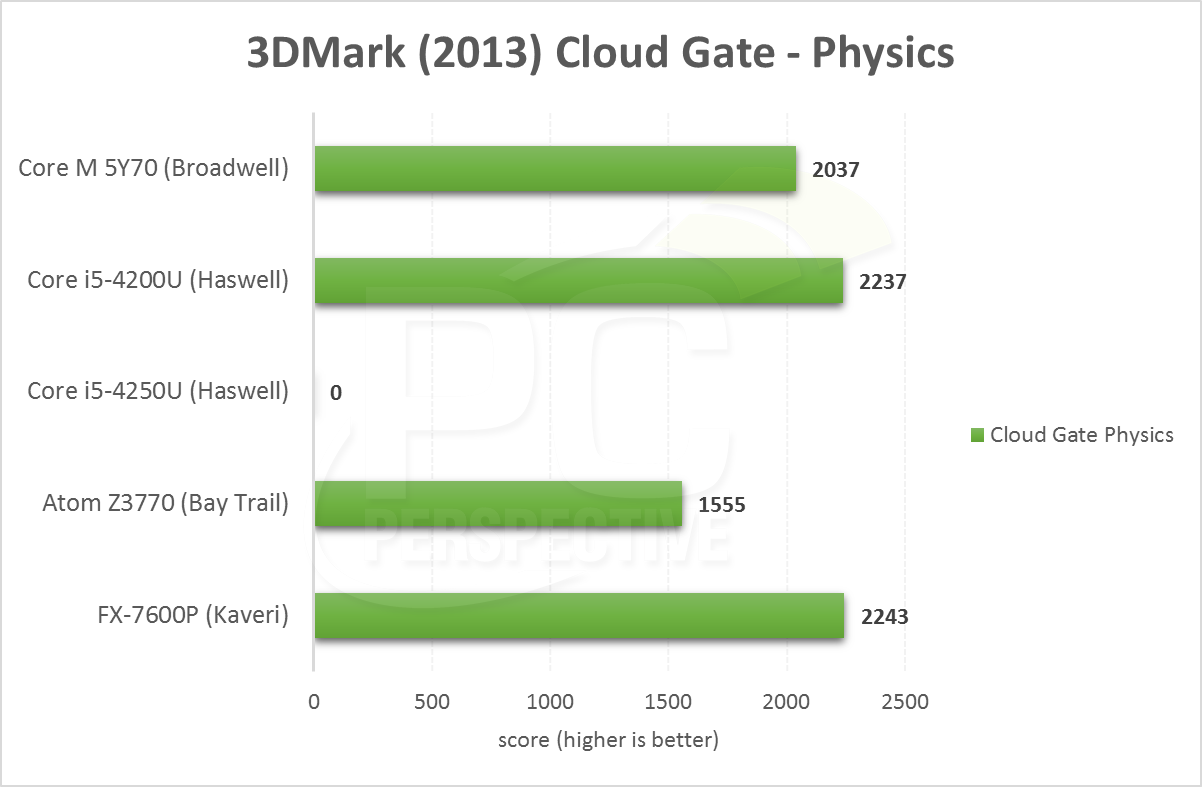 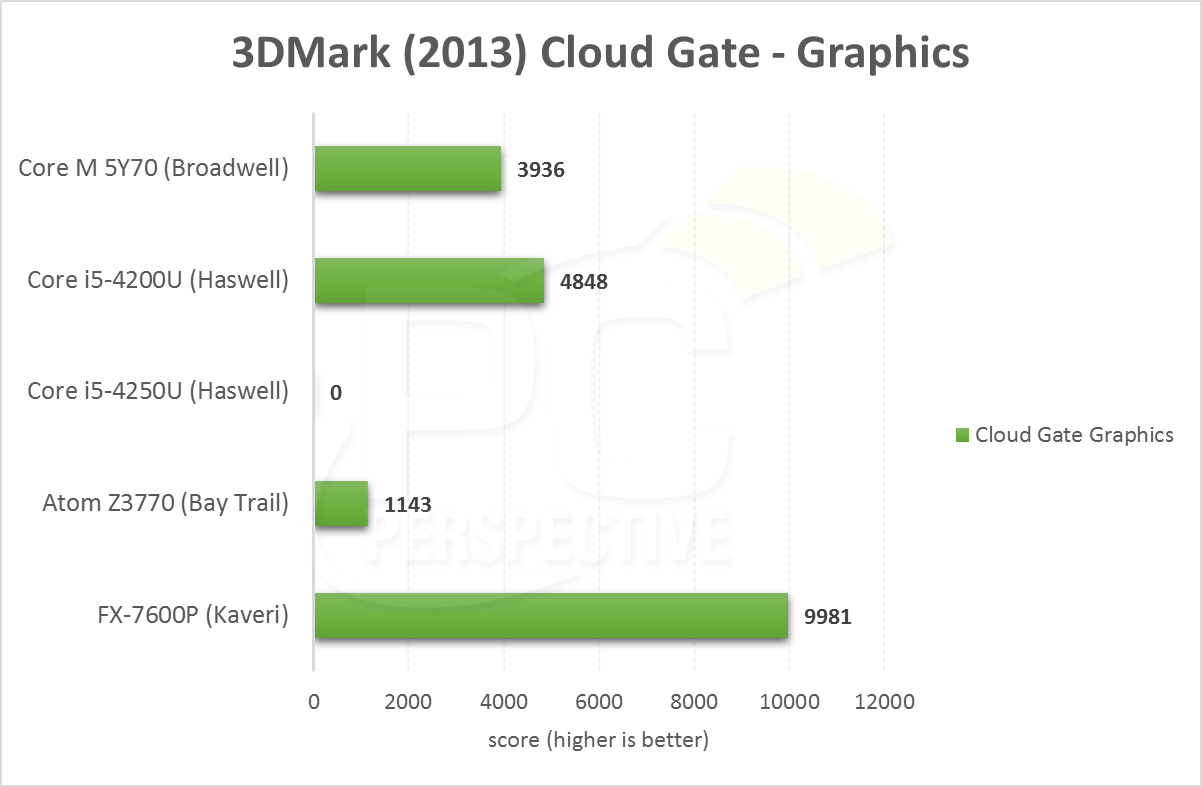 The 3DMark Cloud Gate results are really a mirror image of the Ice Storm results when looking at the Core M 5Y70 and Core i5-4200U comparison. The performance delta between the two Intel processors in the Graphics test does grow to 23%. And clearly, from a notebook perspective, the GPU performance of the AMD FX-7600P APU is substantially higher. But even with a 7x increase in available TDP, the AMD part is only 2.5x faster in raw graphics score here.