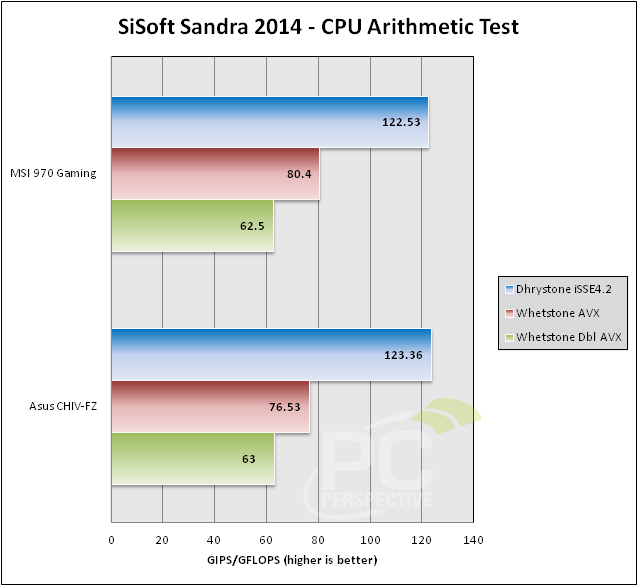 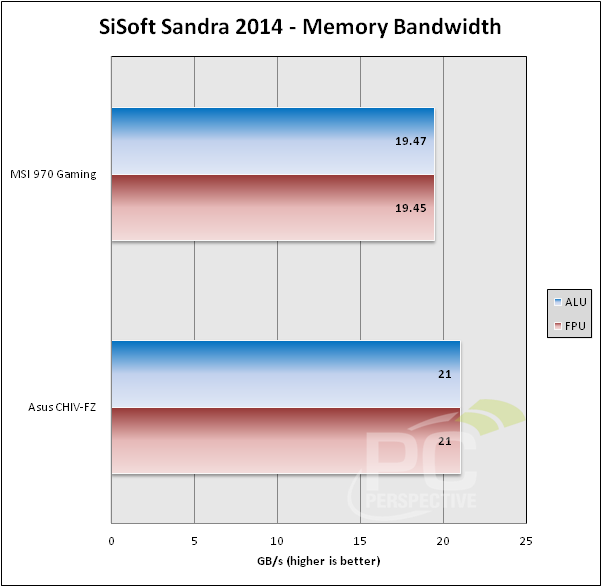 CPU performance is essentially even across the board.  Neither board has an advantage here.  The only real difference is in memory performance.  The Asus board is around 1.5 GB/sec faster than the MSI offering.  It is faster, but as we will see later it does not affect overall performance to any great degree. 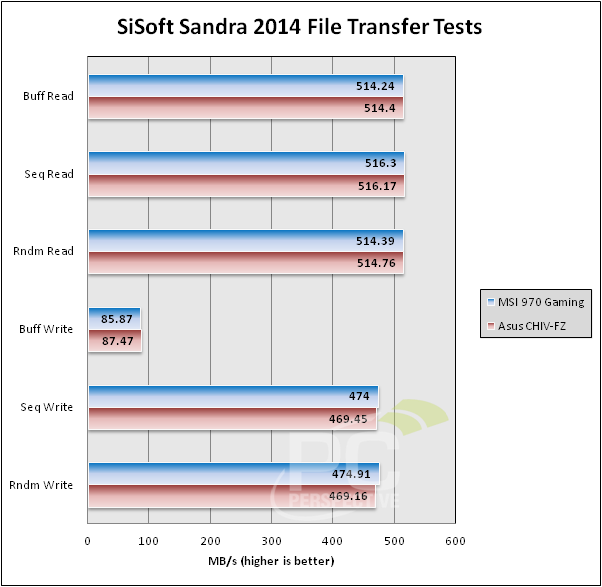 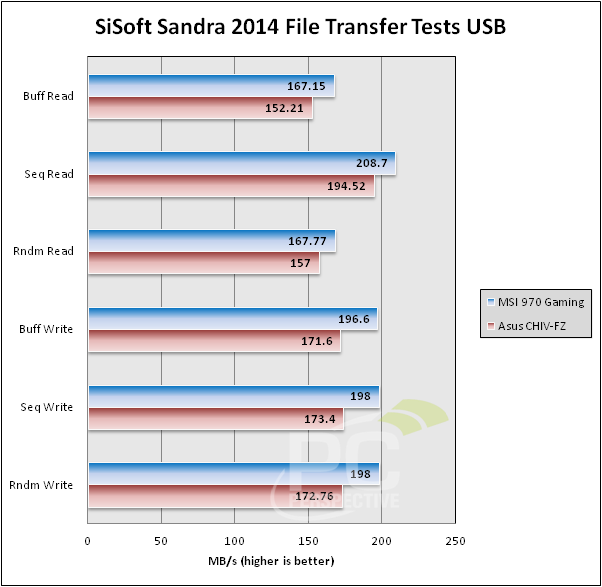 SATA 6G performance across both boards is again nearly identical.  In a couple of write tests the MSI board is slightly faster, but the differences are minimal at best.  When we look at USB 3.0 performance we do see the VIA chip on the MSI board being quite a bit faster overall than the ASMedia controller on the Asus board.  We will see that comes at a particular price in the next testing section.