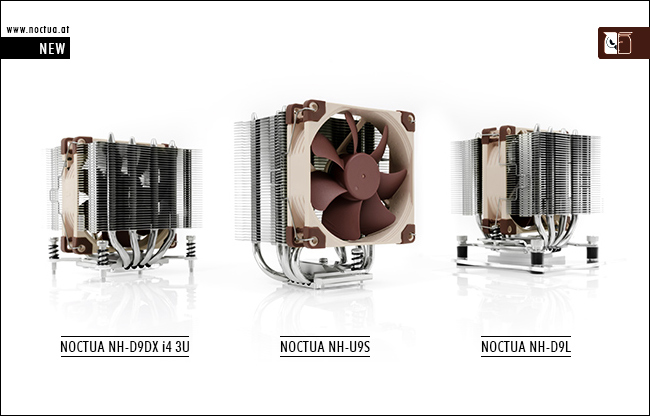 Noctua has announced three new 92mm CPU coolers today, with two different replacements for the existing NH-U9B SE2 and a new cooler for Intel Xeon LGA2011 processors for workstations and servers. Each model will now use a PWM fan, the recently announced NF-A9.

In Noctua’s official press release their CEO Roland Mossig is quoted "The NH-U9B SE2 is still one of our most popular models. The NH-U9S and NH-D9L stay true to this proven formula but now offer even better performance, better compatibility and PWM support for automatic fan speed control."

The first of the two NH-U9B replacements is the NH-U9S, which features an asymmetrical design with 5 heatpipes. The other model with be the NH-D9L, a 4 heatpipe design that is “15mm lower than classic 9cm coolers such as the NH-U9 series (110mm vs. 125mm)”.  Noctua states that this will “guarantee full 3U compliance” and also “makes the NH-D9L ideal for compact HTPC and Small Form Factor cases”. Noctua states that the 95x95mm footprint of these new coolers, will clear “RAM and PCIe slots on all Intel and most AMD based mainboards, including µATX and ITX.”

The last addition to the 92mm lineup announced today is the server-specific NH-D9DX i4 3U, the replacement for the 4U model NH-U9DX i4. Noctua states that this new cooler uses “the same heatsink as the NH-D9L but comes with LGA2011 mounting for both Square ILM and Narrow ILM Xeon platforms as well as support for LGA13x6.” 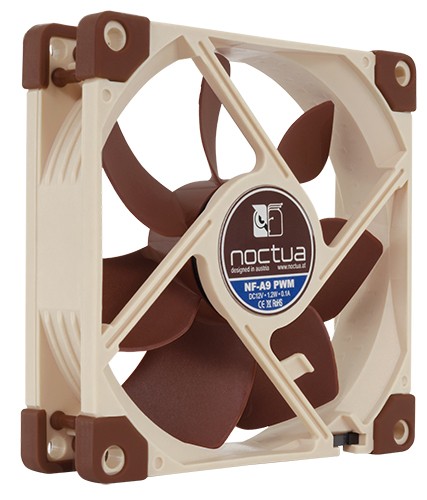 The fan powering these new coolers is the NF-A9 PWM, and each cooler will use Noctua’s SecuFirm2 mounting system, and will come with a 6 year warranty. Noctua states that all three models are currently shipping and will be available shortly. MSRP’s will be as follows: NH-U9S,  $59.90 USD; NH-D9L, $56.90 USD; NH-D9DX i4 3U, $59.90 USD.