So the image quality results seem to line up with what NVIDIA has claimed but what about performance? How much can you gain moving from standard 4xMSAA to the new 4xMFAA in games that support it? Obviously we only had time test a few games (and remember only 20 games support it at all), but we used our standard GPU test bed including a Sandy Bridge-E Core i7-3960X, 16GB of DDR3 and a reference GeForce GTX 980 4GB card. 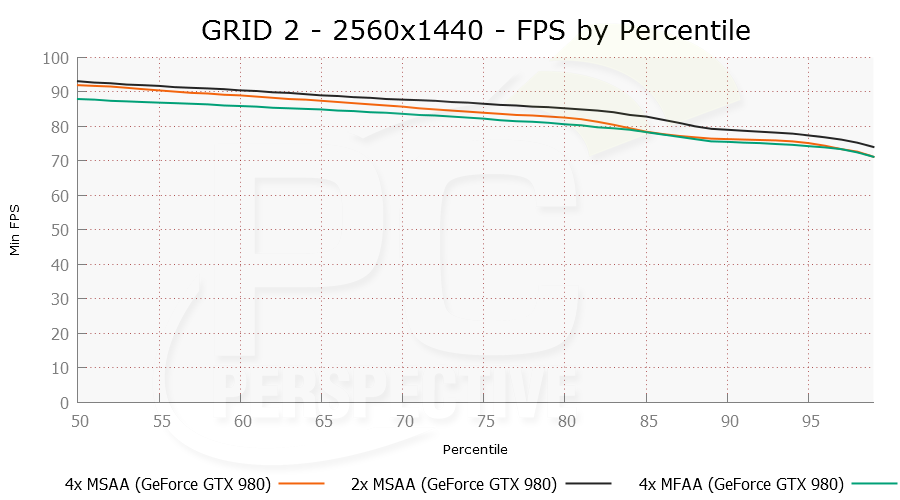 Even at 4x MSAA, GRID 2 is able to run at nearly 90 FPS at 2560×1440 and the Ultra quality preset. The move to 2x MSAA results in an average frame rate increase of 6%. MFAA gets you 4-5% of that performance back while improving image quality in many cases. 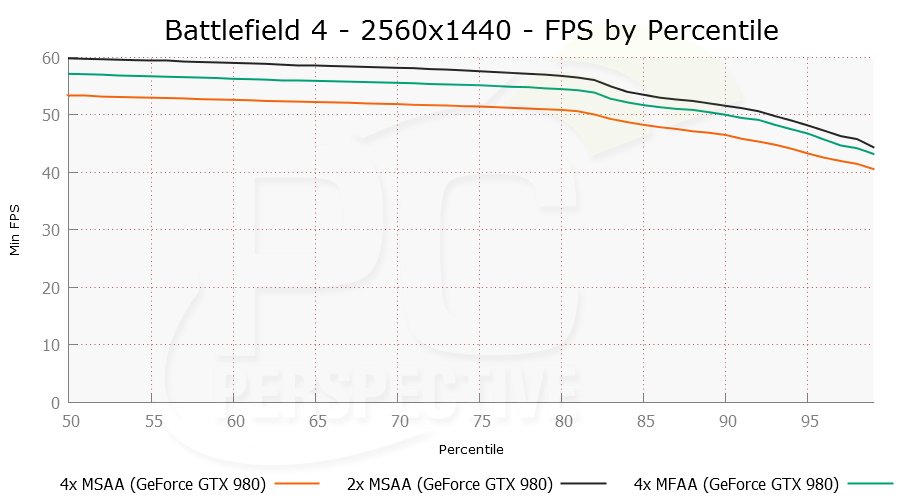 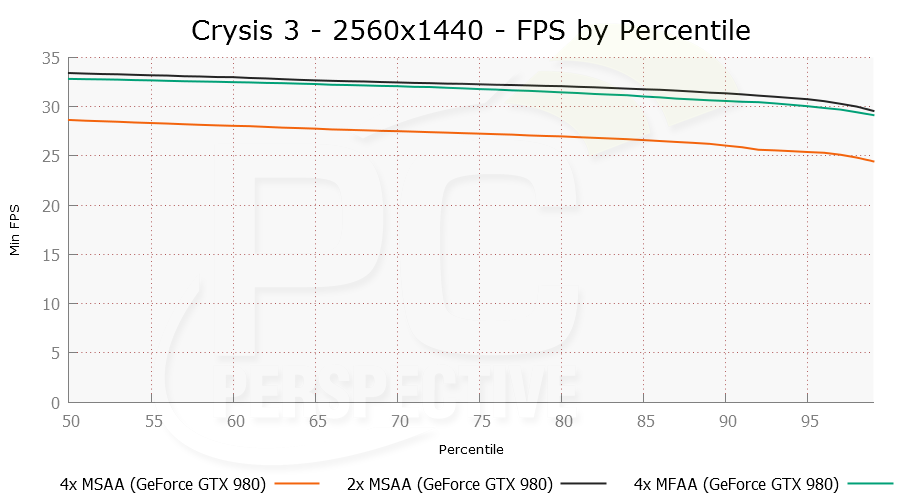 Crysis 3 actually sees the biggest gain with MFAA at work! Both the 4x MFAA and 2x MSAA result hit 33-34 FPS on average while the 4x MSAA implementation drops down to 28 FPS: 17% slower. This game was tested at 2560×1440 and the Very High quality presets.

NVIDIA's new Multi-Frame Sampled Anti-Aliasing is finally coming out, two full months behind the release and reveal of the GTX 980 and the MFAA technology in general. Despite that delay, the current shipping driver only supports MFAA on twenty PC games and uses a silent white list method that requires a lot of research on the part of the gamer to determine compatibility. Clearly this isn't what NVIDIA expected or desired, but that is where we are on the launch of the AA method with the baddest name around.

Still, even though we could fairly call this MFAA release small by expectations placed on the tech by NVIDIA, it does appear to work as desired in those games that are supported. In my time with it, the image quality it provided was better than 2x MSAA and nearly to that of 4x MSAA with performance closer to 2x MSAA than 4x MSAA. That alone would give MFAA a spot in our list of favorite features for Maxwell if it just supported more games!

Time will tell if MFAA is a feature that NVIDIA continues to work on and improve or if it will be one of the many graphics technologies from the last 15 years to find its way to the list of also-rans. Even looking at the list of ATI/AMD/NVIDIA specific AA methods alone will leave you dizzy with acronym-confusion. Not having SLI support for MFAA also seems like a really glaring omission considering these are the same types of users that are willing to enable off-shoot options in the control panel like this.