Good performing PCIe SSD at a lower cost than competitors

In recent years, Plextor has branched beyond their renowned lines of optical storage devices, and into the realm of SSDs. They have done fairly well so far, treading carefully on their selection of controllers and form factors. Their most recent offerings include the M6S and M6M (reviewed here), and are based on Marvell controllers coupled with Toshiba flash. Given that the most recent Marvell controllers are also available in a PCIe variant, Plextor also chose to offer their M6 series in PCIe half height and M.2 form factor. These last two offerings are not simply SATA SSDs bridged over to PCIe, they are natively PCIe 2.0 x2 (1 GB/s), which gives a nice boost over the current SATA limit of 6Gb/sec (600 MB/sec). Today we are going to kill two birds with one stone by evaluating the half-height PCIe version:

As you can see, this is nothing more than the M.2 version on a Plextor branded interposer board. All results of this review should be identical to the bare M.2 unit plugged into a PCIe 2.0 x2 capable M.2 port on either a motherboard or mobile device. Note that those devices need to support the 2280 form factor, which is 80mm in length. 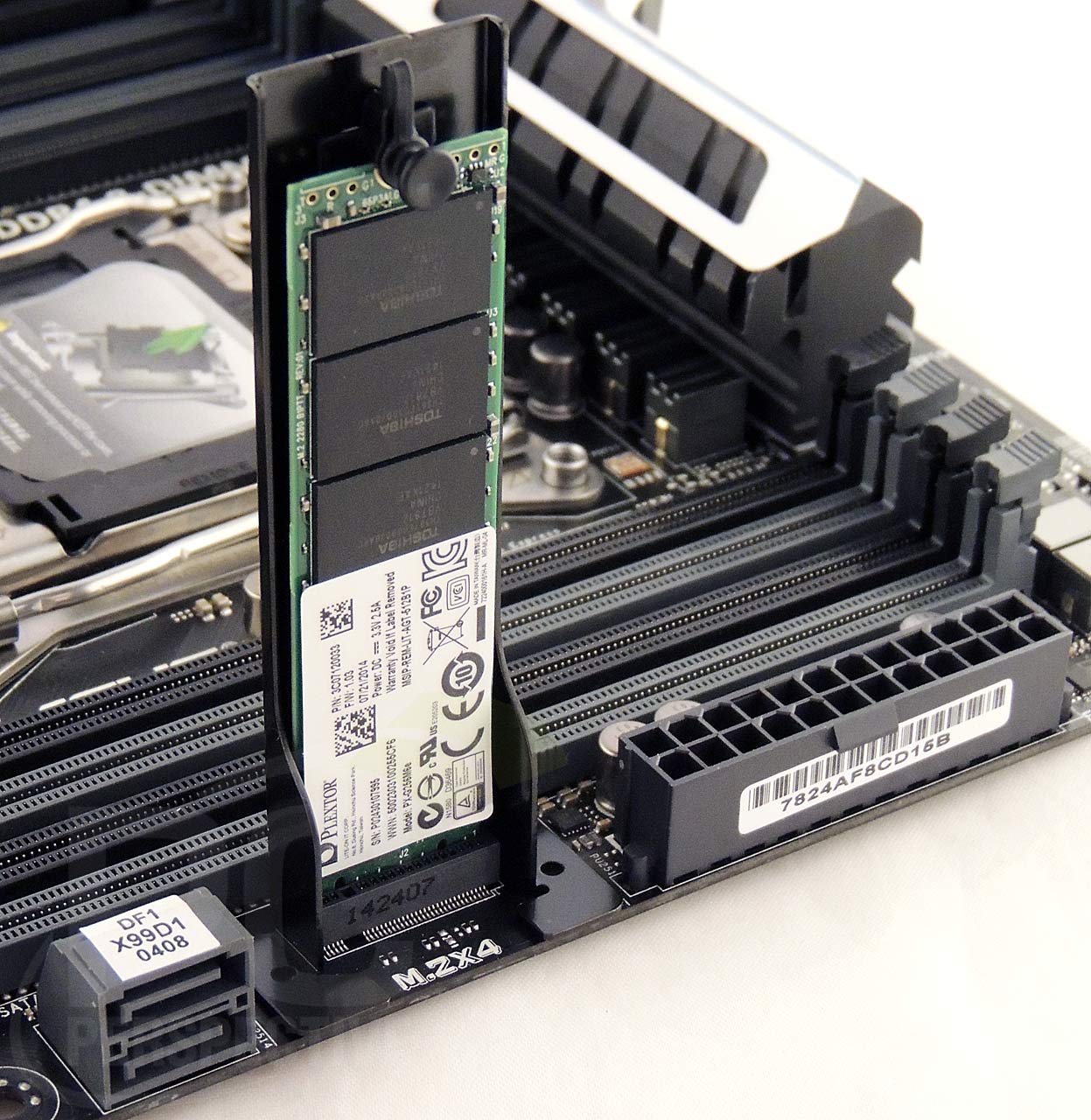 Here's the M.2 version installed on an ASUS X99-Deluxe, as tested by Morry. 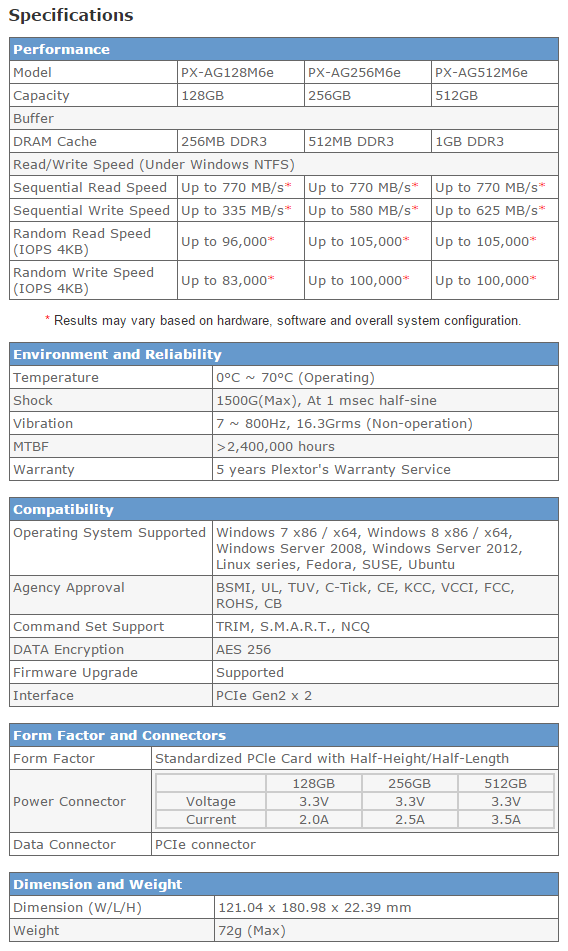 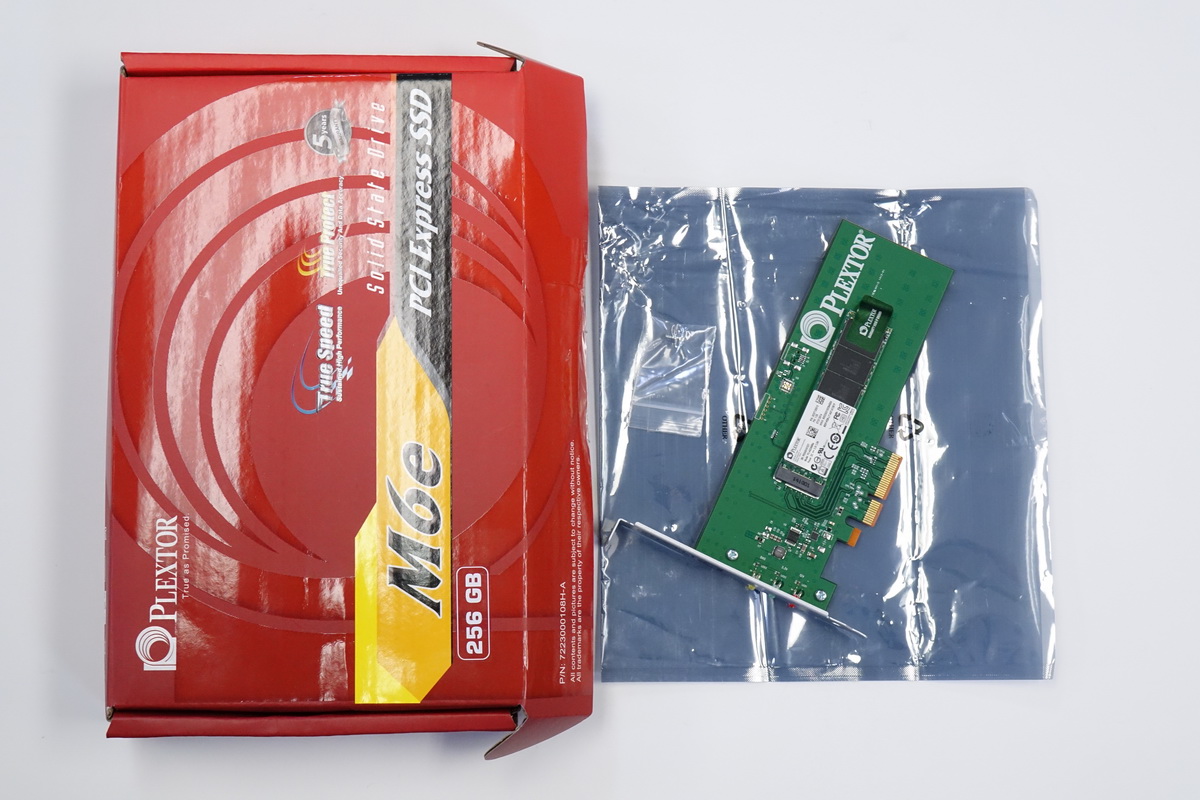 No frills packaging here. PCIe bracket mounting screw is included, but no half height bracket to speak of. 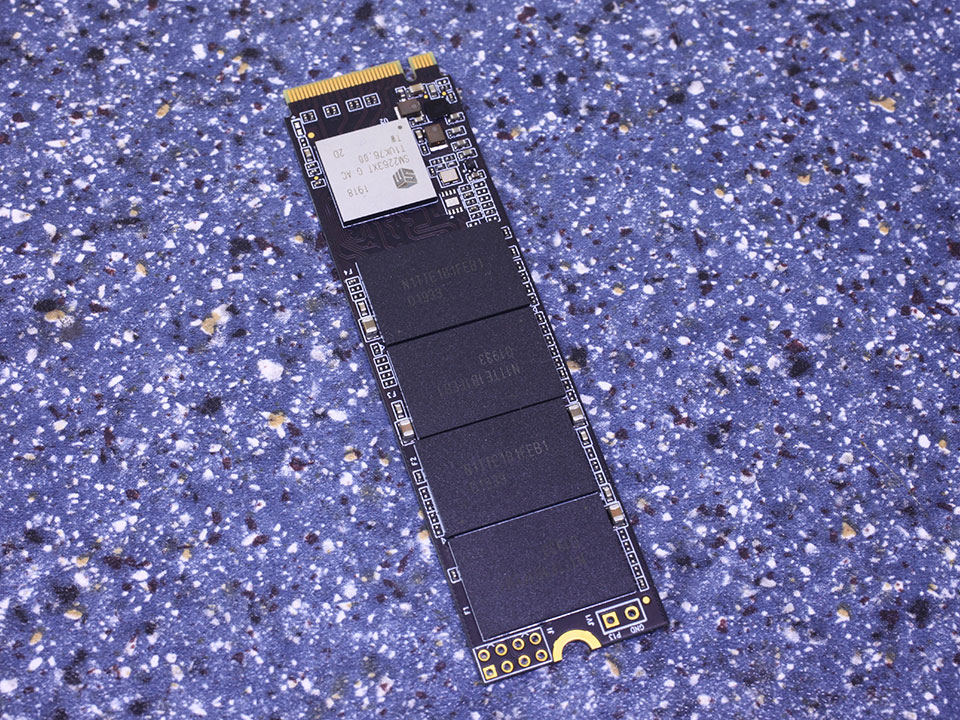