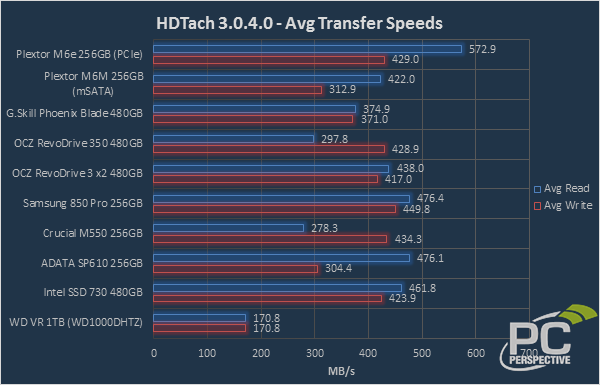 Despite much larger sequential throughput ratings, the Phoenix Blade and RevoDrive 350 are both stuck waiting on their SandForce controller latencies, while the Plextor M6e behaves more like a SATA device in this test. That said, it is able to best the M6M (also a Marvell controller, but on SATA) by a fair margin, indicating advancements made in the PCIe variant's pipeline. 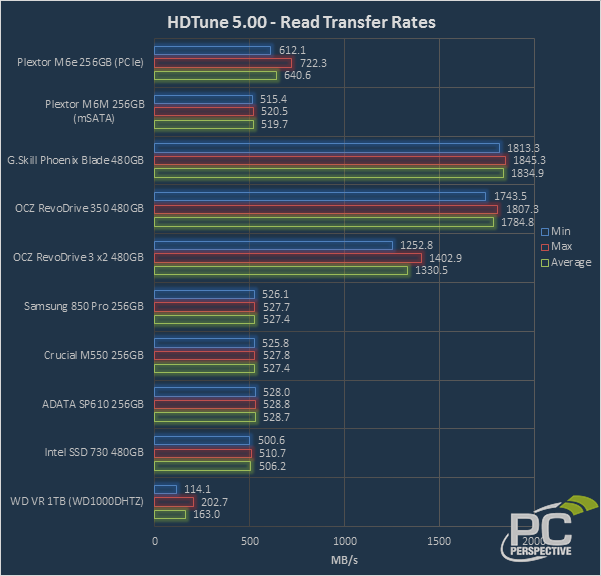 HDTune uses much larger block transfer sizes (when configured to do so). The M6e is able to gain another 100+ MB/sec over SATA units, but is still ultimately limited by a slower bus and fewer flash controllers / channels than the Phoenix Blade and RevoDrive. 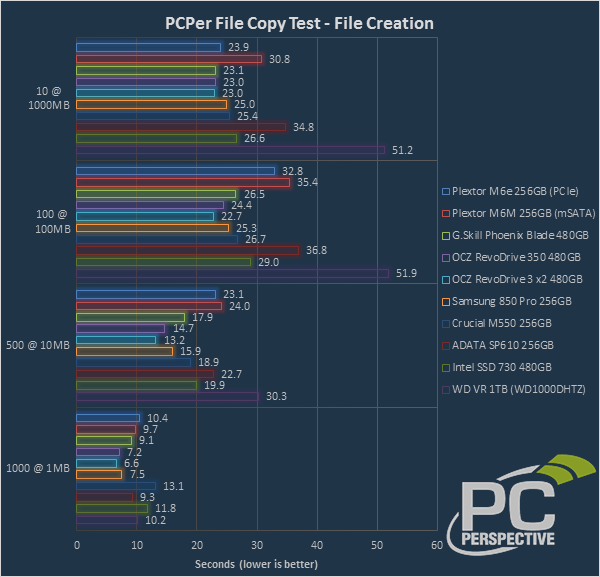 The tool that does the file creation does so in a single threaded manner, so the M6e is able to surpass the competing PCIe units in this test. Lower latency SATA devices like the Samsung 850 Pro and Crucial M550 can still best it here. 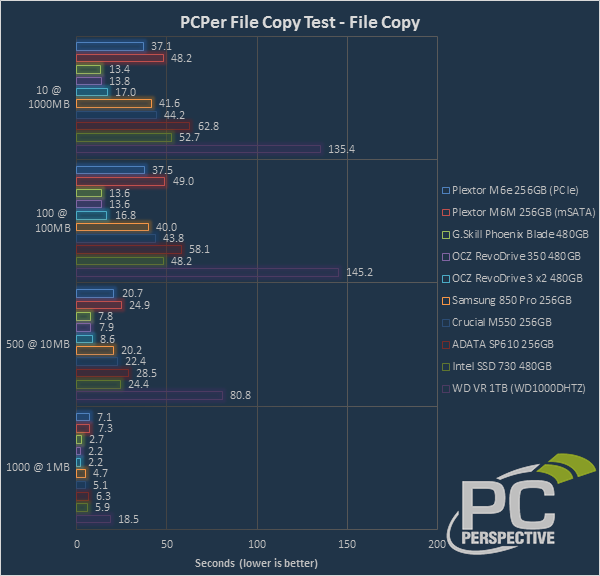 File copies uses the standard Windows copy, and the added threading of this operation lets the Phoenix Blade and RevoDrive 350 stretch their throughput muscle, besting all other units in this copmparison. 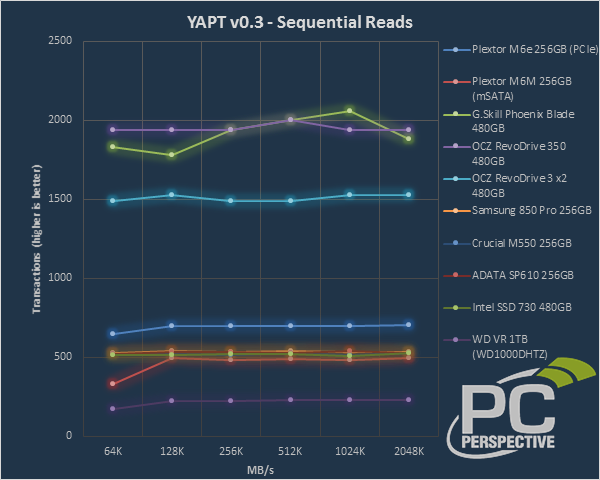 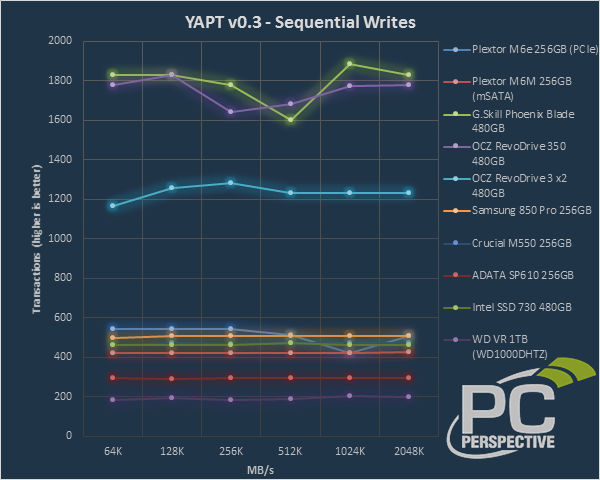 Despite its age, YAPT is able to give is fairly accurate throughput figures for multi-GB/sec transfers. While the M6e is clearly reads and writes faster than all SATA devices in this test, it can't compete with those other devices which are effectively RAIDs of SATA devices. 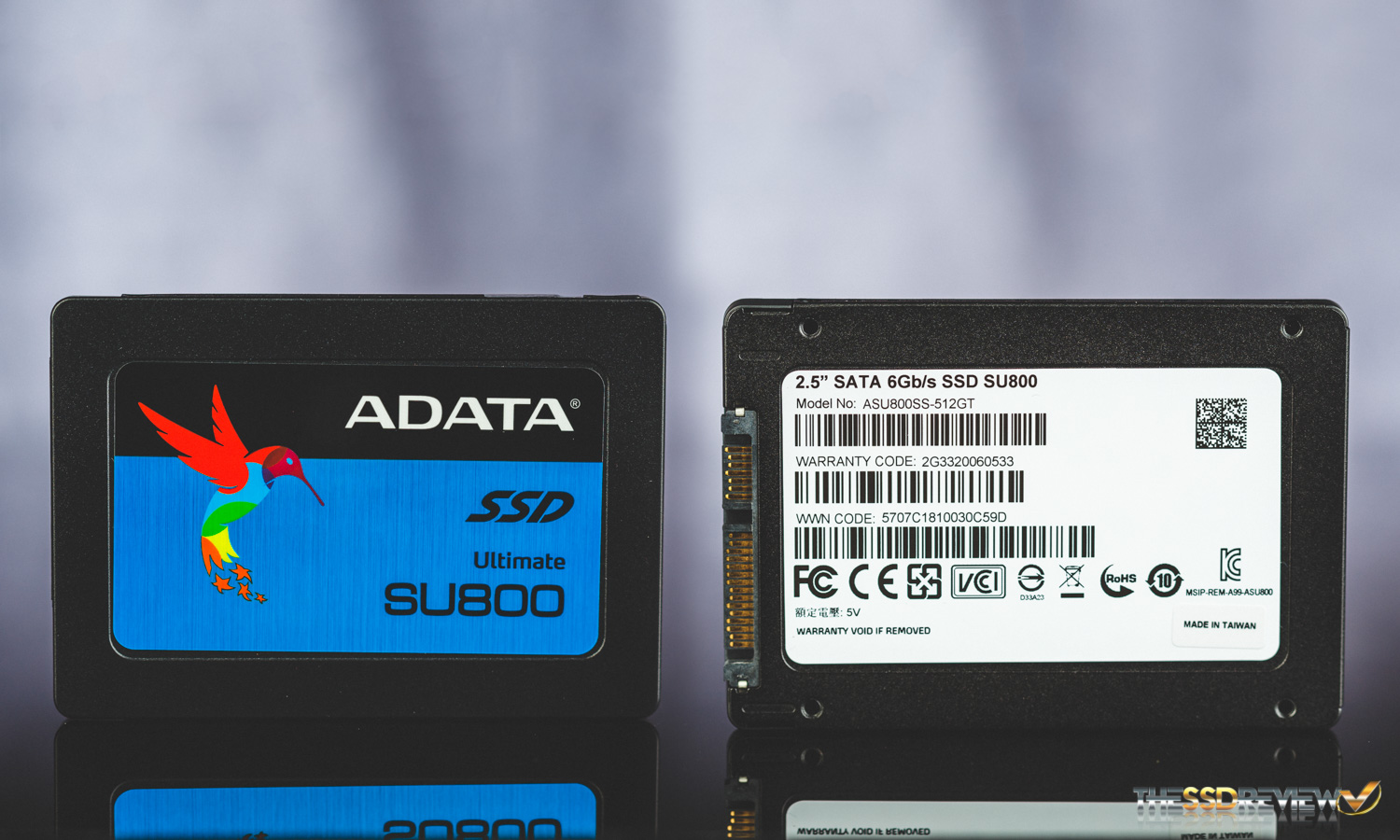