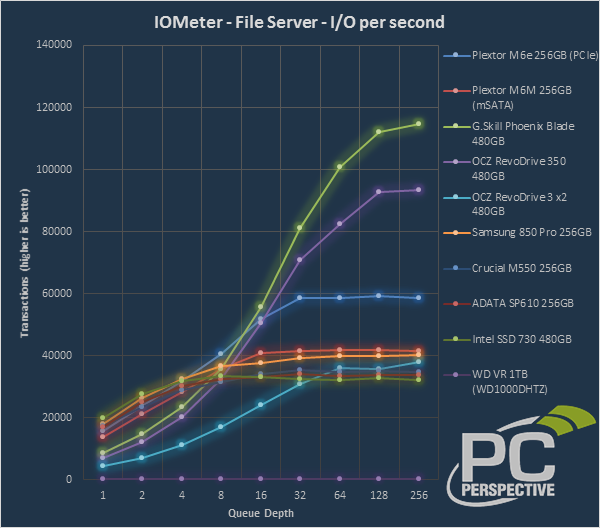 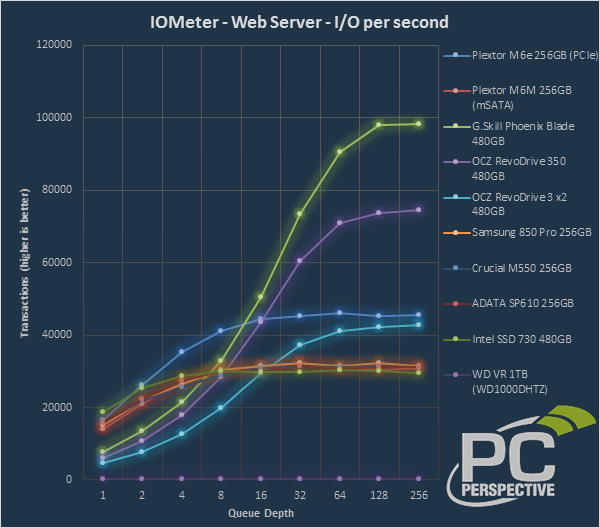 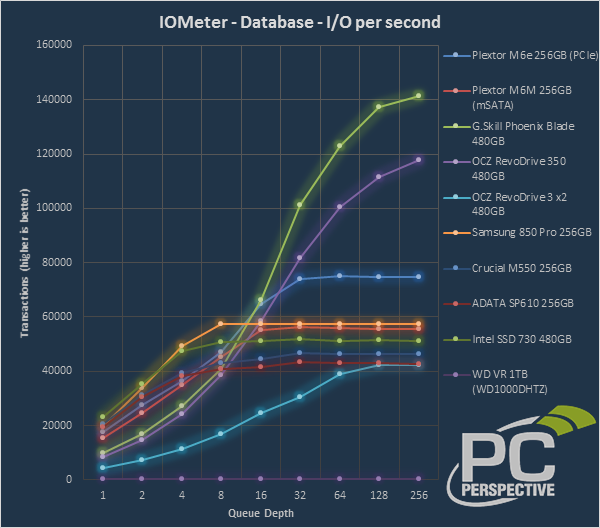 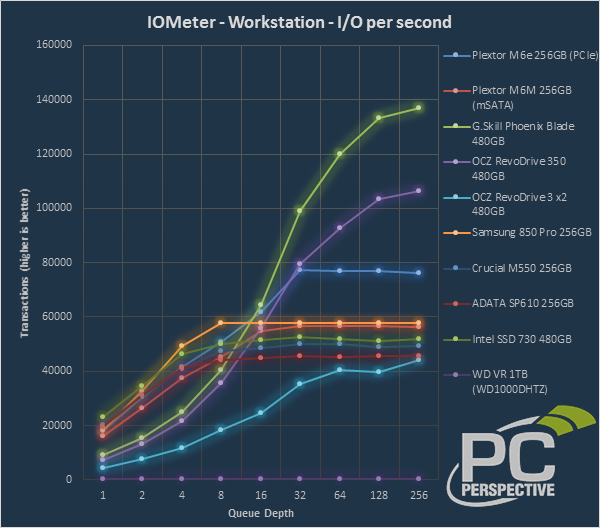 While the Phoenix Blade and RevoDrive do well at the high end of these tests, both are fighting a losing battle in random IO performance at the low end (QD<8). Most desktop usage sits in this lower part of the chart, and the less latent SATA controllers are able to reach maximum speeds in this window. The M6e sees the best of both worlds here to some extent. Latencies are very low, so the performance at lower queue depths is good, yet the added throughput capabilities of its 1GB/s PCIe link let it surpass the SATA units as they are hitting their interface bottlecks earlier on. Of particular note is the impressive random read performance shown in our Web Server workload. 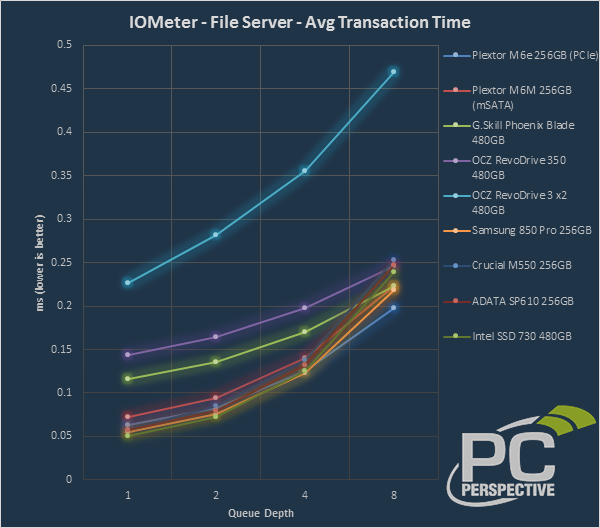 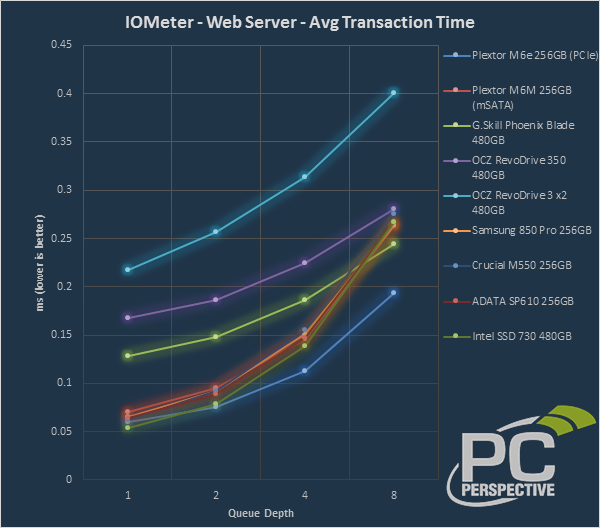 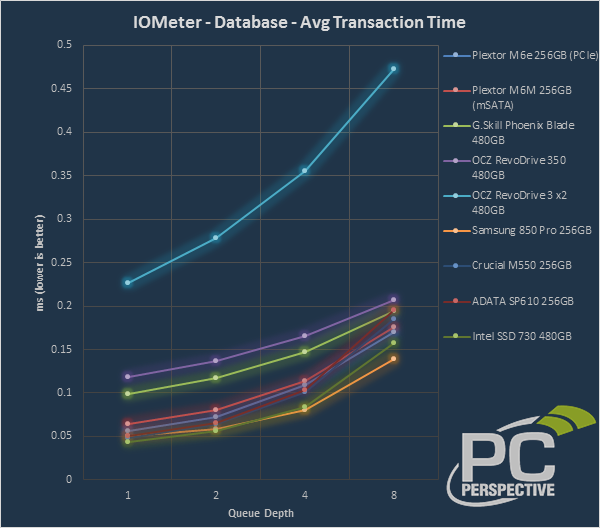 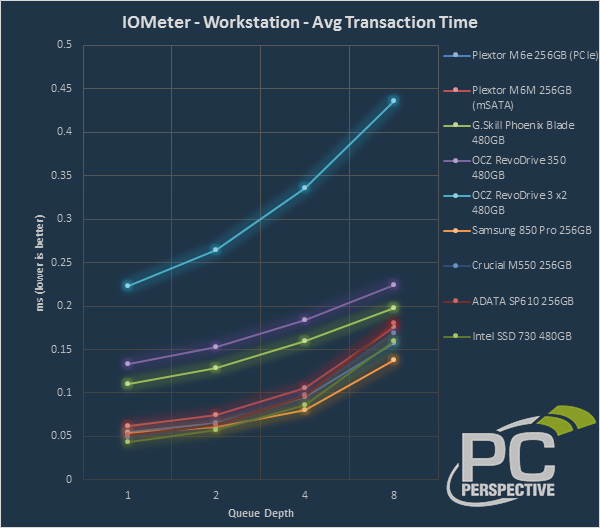 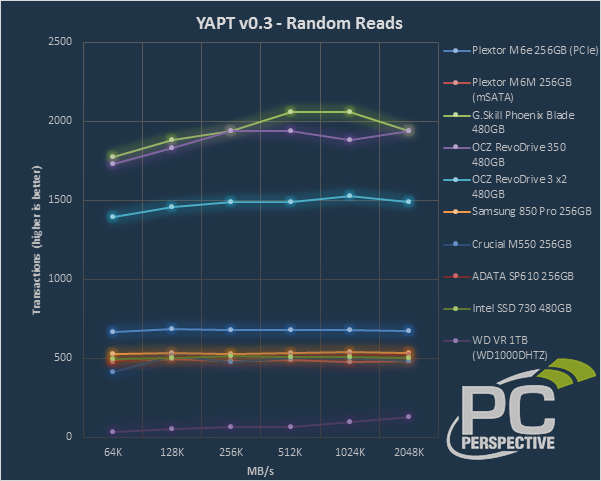 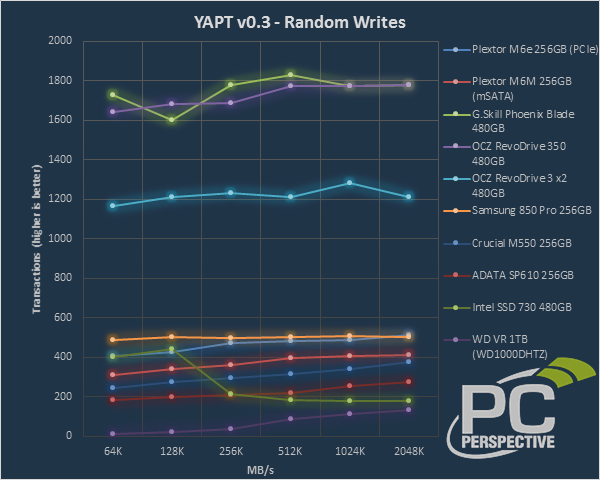 The M6e sits high in the SATA pack on writes and easily surpasses all SATA devices on random reads here. 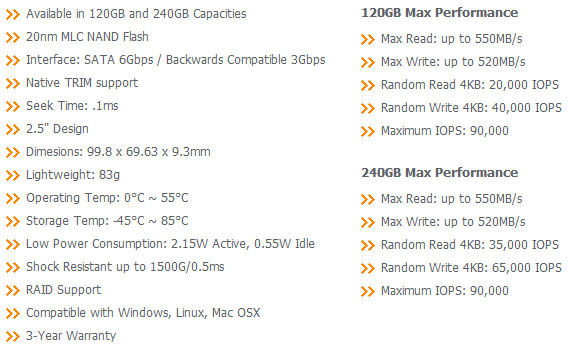