We dive into the questions some G-Sync users are having over flickering on the display during zero frame rate scenarios.

We’ve been tracking NVIDIA’s G-Sync for quite a while now. The comments section on Ryan’s initial article erupted with questions, and many of those were answered in a follow-on interview with NVIDIA’s Tom Petersen. The idea was radical – do away with the traditional fixed refresh rate and only send a new frame to the display when it has just completed rendering by the GPU. There are many benefits here, but the short version is that you get the low-latency benefit of V-SYNC OFF gaming combined with the image quality (lack of tearing) that you would see if V-SYNC was ON. Despite the many benefits, there are some potential disadvantages that come from attempting to drive an LCD panel at varying periods of time, as opposed to the fixed intervals that have been the norm for over a decade. 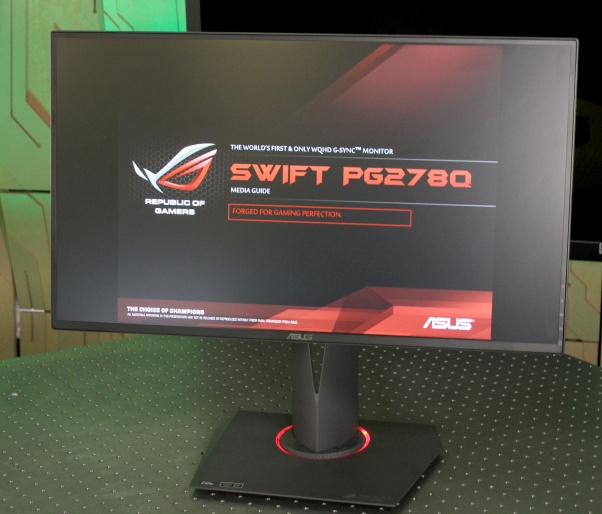 As the first round of samples came to us for review, the current leader appeared to be the ASUS ROG Swift. A G-Sync 144 Hz display at 1440P was sure to appeal to gamers who wanted faster response than the 4K 60 Hz G-Sync alternative was capable of. Due to what seemed to be large consumer demand, it has taken some time to get these panels into the hands of consumers. As our Storage Editor, I decided it was time to upgrade my home system, placed a pre-order, and waited with anticipation of finally being able to shift from my trusty Dell 3007WFP-HC to a large panel that can handle >2x the FPS.

Fast forward to last week. My pair of ROG Swifts arrived, and some other folks I knew had also received theirs. Before I could set mine up and get some quality gaming time in, my bro FifthDread and his wife both noted a very obvious flicker on their Swifts within the first few minutes of hooking them up. They reported the flicker during game loading screens and mid-game during background content loading occurring in some RTS titles. Prior to hearing from them, the most I had seen were some conflicting and contradictory reports on various forums (not limed to the Swift, though that is the earliest panel and would therefore see the majority of early reports), but now we had something more solid to go on. That night I fired up my own Swift and immediately got to doing what I do best – trying to break things. We have reproduced the issue and intend to demonstrate it in a measurable way, mostly to put some actual data out there to go along with those trying to describe something that is borderline perceptible for mere fractions of a second.

With all of that out of the way, let’s tackle what folks out there may be seeing on their own variable refresh rate displays. Based on our testing so far, the flicker only presented at times when a game enters a 'stalled' state. These are periods where you would see a split-second freeze in the action, like during a background level load during game play in some titles. It also appears during some game level load screens, but as those are normally static scenes, they would have gone unnoticed on fixed refresh rate panels. Since we were absolutely able to see that something was happening, we wanted to be able to catch it in the act and measure it, so we rooted around the lab and put together some gear to do so. It’s not a perfect solution by any means, but we only needed to observe differences between the smooth gaming and the ‘stalled state’ where the flicker was readily observable. Once the solder dust settled, we fired up a game that we knew could instantaneously swing from a high FPS (144) to a stalled state (0 FPS) and back again. As it turns out, EVE Online does this exact thing while taking an in-game screen shot, so we used that for our initial testing. Here’s what the brightness of a small segment of the ROG Swift does during this very event:

Measured panel section brightness over time during a 'stall' event. Click to enlarge.

The relatively small ripple to the left and right of center demonstrate the panel output at just under 144 FPS. Panel redraw is in sync with the frames coming from the GPU at this rate. The center section, however, represents what takes place when the input from the GPU suddenly drops to zero. In the above case, the game briefly stalled, then resumed a few frames at 144, then stalled again for a much longer period of time. Completely stopping the panel refresh would result in all TN pixels bleeding towards white, so G-Sync has a built-in failsafe to prevent this by forcing a redraw every ~33 msec. What you are seeing are the pixels intermittently bleeding towards white and periodically being pulled back down to the appropriate brightness by a scan. The low latency panel used in the ROG Swift does this all of the time, but it is less noticeable at 144, as you can see on the left and right edges of the graph. An additional thing that’s happening here is an apparent rise in average brightness during the event. We are still researching the cause of this on our end, but this brightness increase certainly helps to draw attention to the flicker event, making it even more perceptible to those who might have not otherwise noticed it.

Some of you might be wondering why this same effect is not seen when a game drops to 30 FPS (or even lower) during the course of normal game play. While the original G-Sync upgrade kit implementation simply waited until 33 msec had passed until forcing an additional redraw, this introduced judder from 25-30 FPS. Based on our observations and testing, it appears that NVIDIA has corrected this in the retail G-Sync panels with an algorithm that intelligently re-scans at even multiples of the input frame rate in order to keep the redraw rate relatively high, and therefore keeping flicker imperceptible – even at very low continuous frame rates.

A few final points before we go:

This post was primarily meant as a status update and to serve as something for G-Sync users to point to when attempting to explain the flicker they are perceiving. We will continue researching, collecting data, and coordinating with NVIDIA on this issue, and will report back once we have more to discuss.

During the research and drafting of this piece, we reached out to and worked with NVIDIA to discuss this issue. Here is their statement:

"All LCD pixel values relax after refreshing. As a result, the brightness value that is set during the LCD’s scanline update slowly relaxes until the next refresh.

When games are running normally (i.e., not waiting at a load screen, nor a screen capture) – users will never see this slight variation in brightness value. In the rare cases where frame rates can plummet to very low levels, there is a very slight brightness variation (barely perceptible to the human eye), which disappears when normal operation resumes."

So there you have it. It's basically down to the physics of how an LCD panel works at varying refresh rates. While I agree that it is a rare occurrence, there are some games that present this scenario more frequently (and noticeably) than others. If you've noticed this effect in some games more than others, let us know in the comments section below.

(Editor's Note: We are continuing to work with NVIDIA on this issue and hope to find a way to alleviate the flickering with either a hardware or software change in the future.) 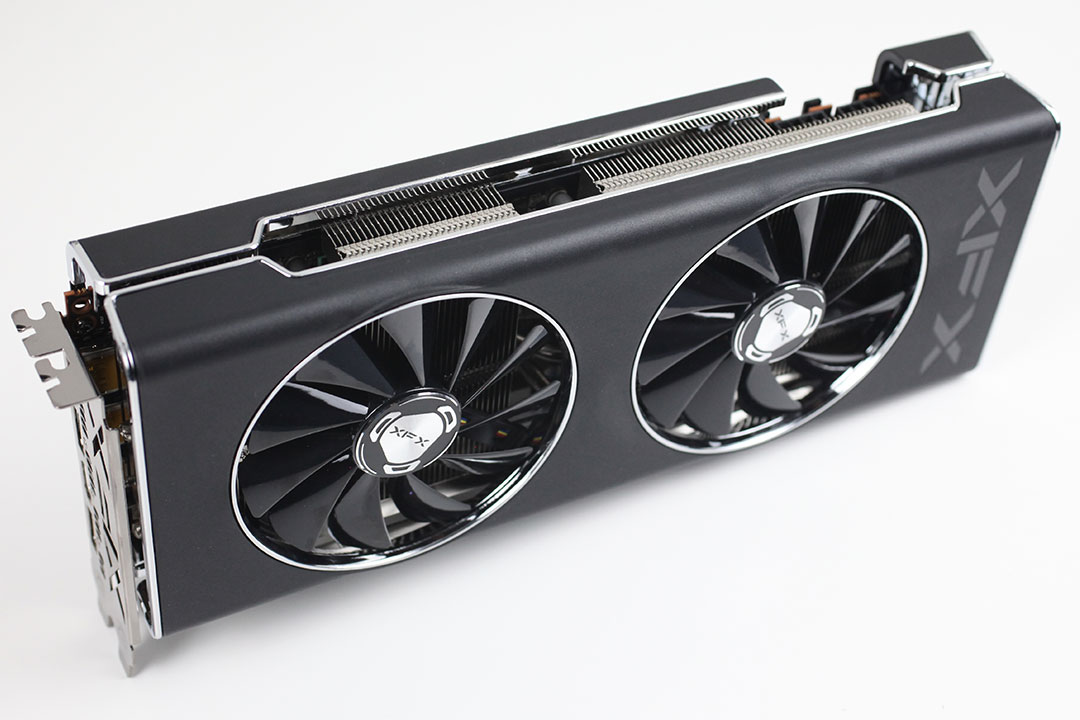