FM2+ boards are predicated on overall power efficiency.  The latest APUs from AMD based on Kaveri are all 95 watt TDP and below units.  The test APU is of course the 95 watt TDP A10-7850K.  All three boards have very similar hardware specifications in terms of audio, networking, and expandability.  One significant difference here is that both the MSI and Gigabyte boards feature 4+2 power phase arrays.  The Asus Crossblade Ranger is the only motherboard here with a full 6+2 array.  This in theory should mean that it will be more efficient under load and produce less excess heat from the MOSFETs. 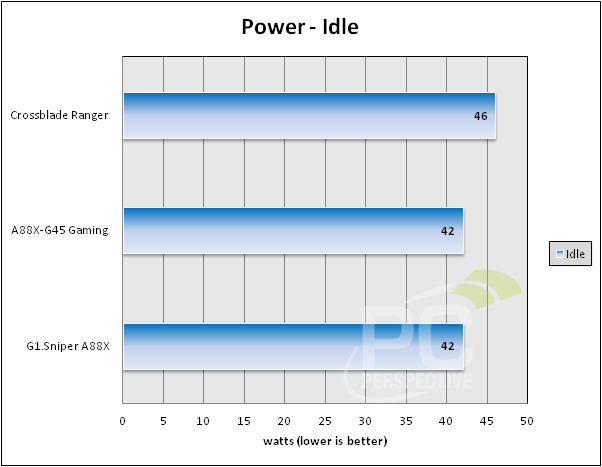 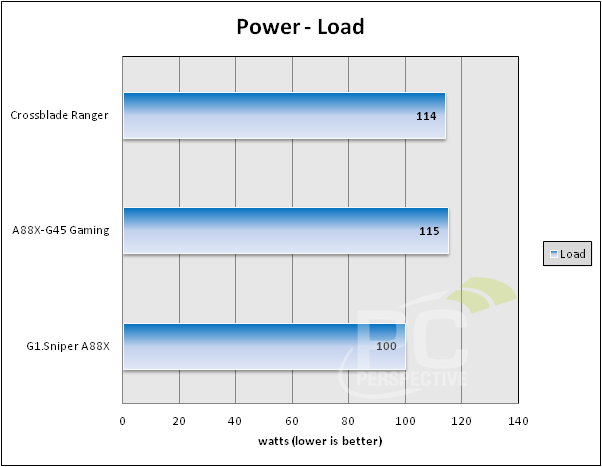 These results are not exactly what one would expect, but they do seem representative with the products covered.  The Asus board does use more power phases and the Intel Gig-E controller.  At load it is slightly better than the MSI board, but nowhere near the Gigabyte.

The Kaveri chip is not a very good overclocker.  If there was a board that could really push it, the Crossblade Ranger should be able to do it.  The two extra phases and attention to detail on this board promises better overclocking results than the competition. 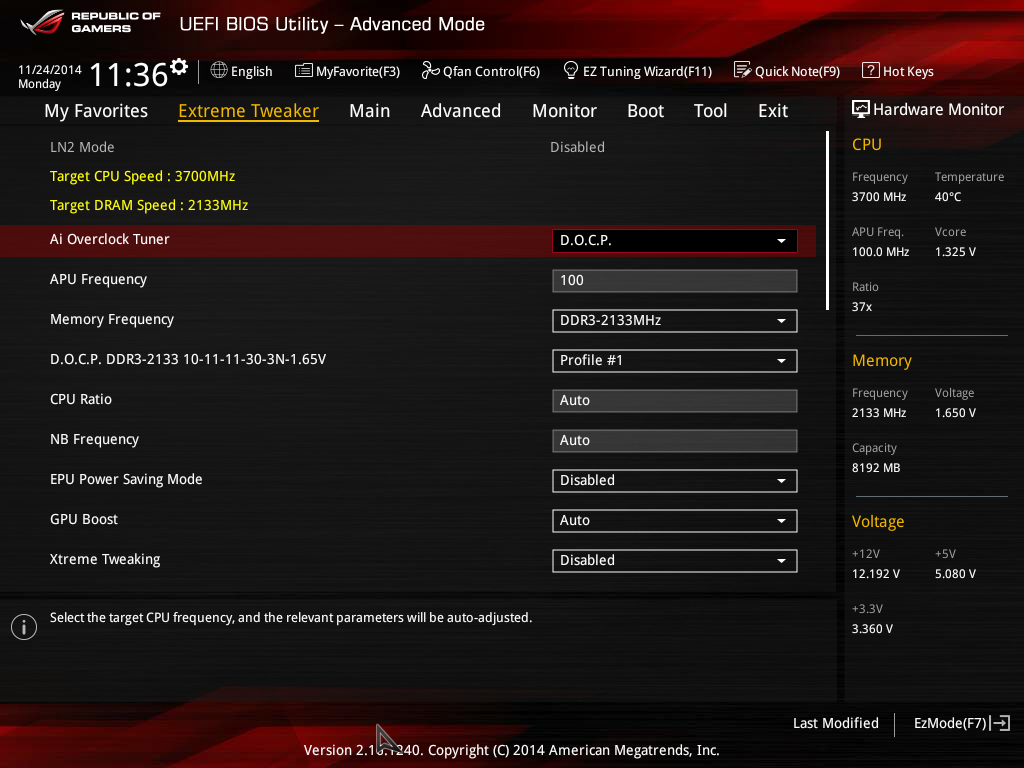 Unfortunately, I was unable to really push the A10-7850K any farther on this board than the others.  I was able to hit 4.6 GHz easily with a 0.1v offset.  This is as fast as the other boards, but one thing I did notice was that during testing it turned out to be more stable at that speed.  I was able to get away with a little less voltage here as well, but do not expect to take Kaveri up to 5 GHz unless a user has a phase change cooler attached to it.  More aggressive watercooling might take the chip to 4.8 GHz, but 4.6 to 4.7 with a self contained water cooling unit is pushing it. 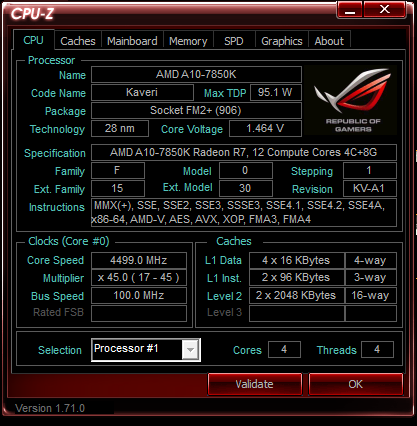 Unless a user has exceptional cooling, then 4.5 GHz is a very easy number to attain that is extremely stable.

The graphics portion was able to hit the 1020 MHz mark.  This is a good boost from the stock 720 MHz.  Users will notice a big difference in their graphics applications by overclocking this alone.  If I were to use this as a daily computer, I would be pleased with a CPU clock of 4.5 GHz at a lower voltage and a GPU clock of 1 GHz.  This would be a stable combination that would require some good cooling in games.

The automatic overclocking utility took the CPU to a solid 4.2 GHz.  I do not believe that it overclocked the GPU portion at all.  This obviously is not an aggressive overclock, but for changing a single setting in the firmware it is nice for those just beginning their overclocking journey. 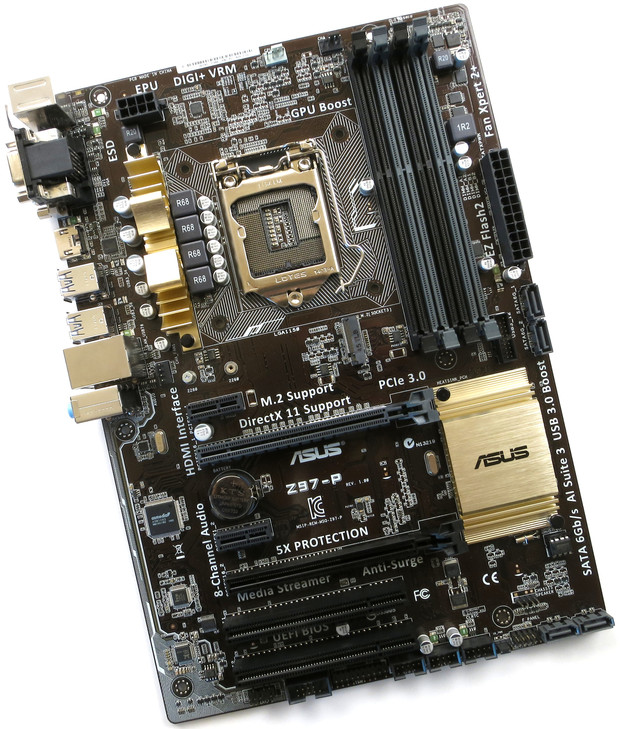