The sheer amount of features that this board has is impressive.  It might not be mind-boggling, but it sure does catch one’s attention.  Asus has packed a lot into this board for the pretty reasonable $159 US that most places are charging.  There are obviously cheaper solutions out there, but if a user wants to go the AMD APU route and have a high quality, highly configurable board that will last quite a while then the Asus Crossblade Ranger should be high on the list. 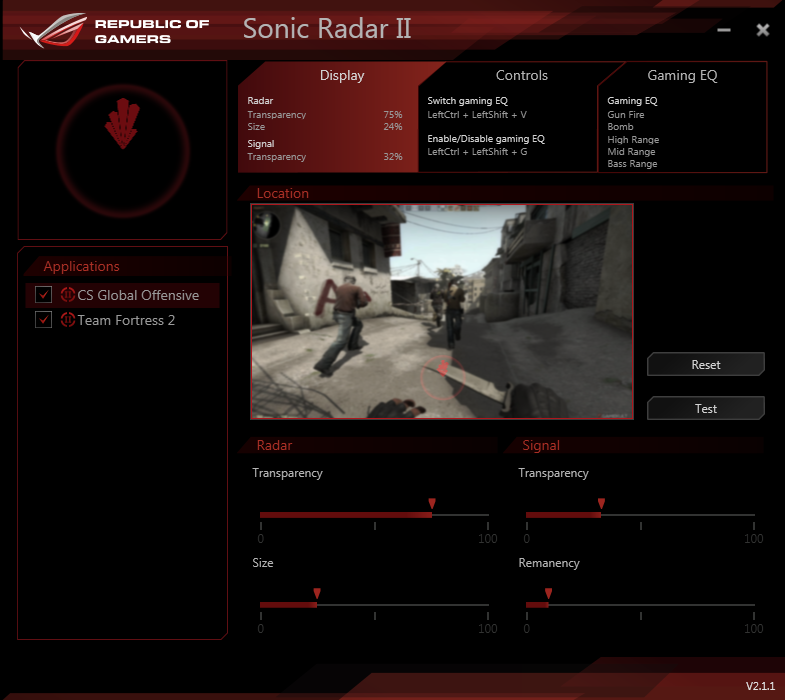 The Sonic Radar reveals the direction of sound around a character in first person shooters.

The board layout is really good.  I like the spacing of the two primary PEG slots in that they do not cover up any of the vertical USB, audio, or case connections at the bottom of the motherboard.  I am actually somewhat surprised that Asus included two PCI slots in this board, as most users would only use a soundcard in such an application.  Since the onboard audio offers up a whole lot for free, I do not foresee many people transitioning an older/favorite soundcard to this board.  There are two PCI-E x1 slots on the board, but one will most likely be covered by a dual slot graphics card (this is still essentially an enthusiast board).

I was able to run the A10-7850K fully enabled with an NVIDIA GTX 580.  This, in theory, should allow the use of such features as TrueAudio that the APU supports.  It also allows the GPU portion of the APU to work on HSA enabled applications without impacting the installed graphics card.  This is a neat and flexible way to leverage the features that AMD provides with their latest generation of APU along with any graphics card from any vendor out there. 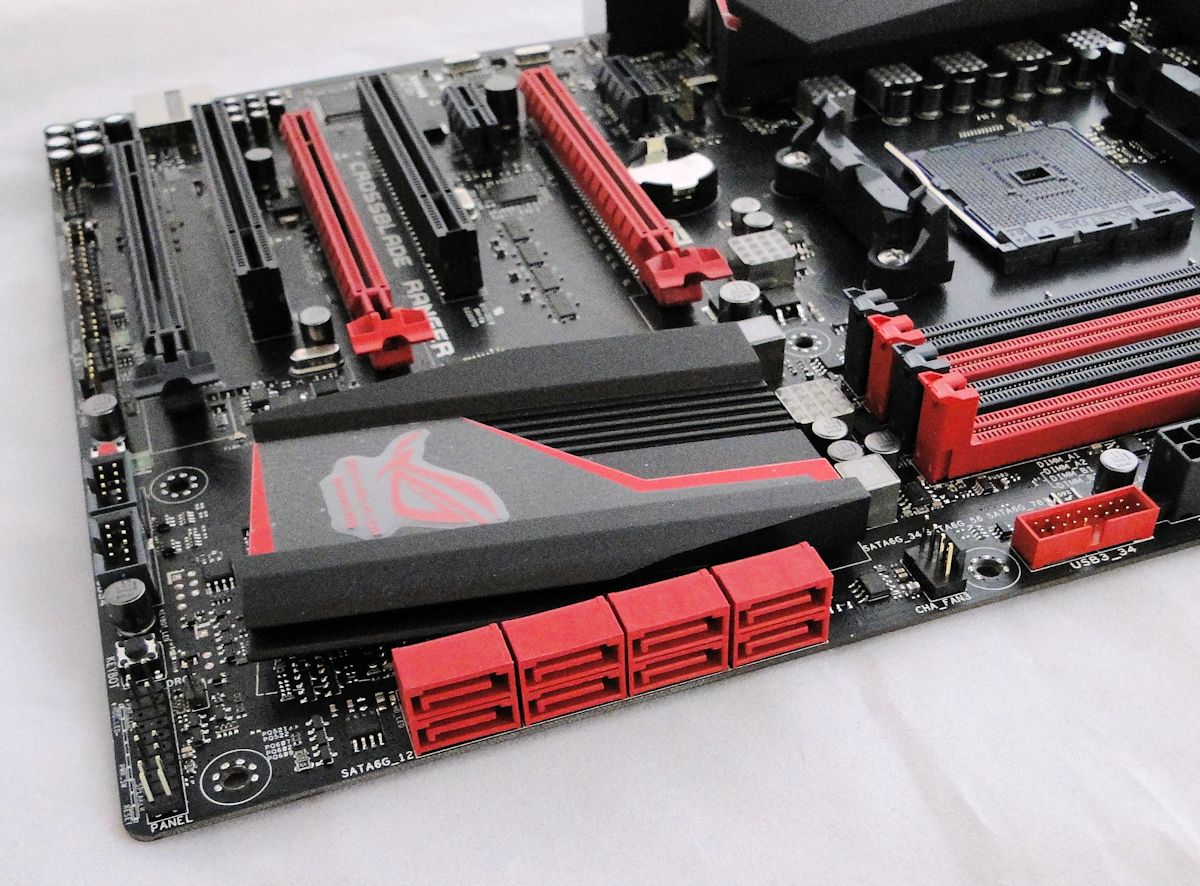 Eight SATA-6G ports should be enough for anyone (not named Allyn).

I was disappointed with the lack of a DisplayPort connection, but most users will not have much of a problem here if they install their primary video card.  4K monitors might be a BIT too much for the graphics portion of even the top end Kaveri APU.  The inclusion of six total USB 3.0 ports is a big plus, but I do often question how many USB 3.0 peripherals the average user has plugged in most of the time.  Things like mice and keyboards are much more sensitive to latency than any particular need like bandwidth.

The bundle for this board is pretty standard, but Asus does up their game a small amount by including a mousepad.  The design on the mousepad is eye-catching, and the quality is perfectly adequate.  The rest of the bundle includes the necessary manuals, driver disk, SATA cables, door hanger, and cable labels/stickers.  The manual is thick and in-depth about the functionality of the board, firmware, and included software. 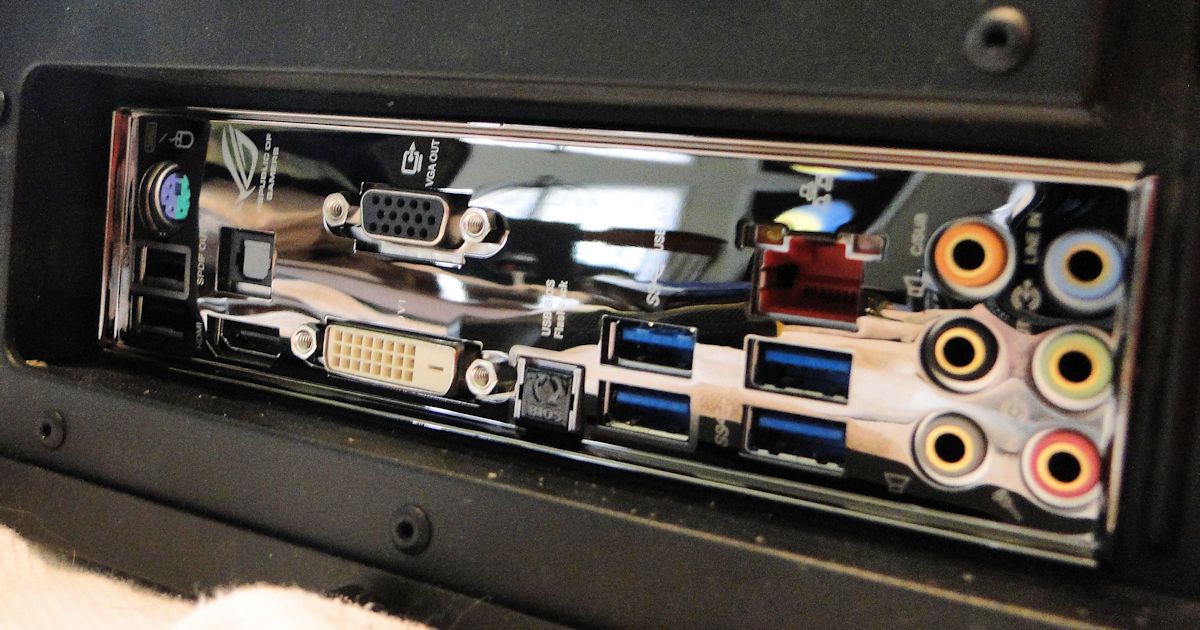 Shiny!  Don't look too close, one might see a naked man taking a picture of a teapot.

The audio was great for a motherboard.  This implementation edges out the previous champ, the Gigabyte G1.Sniper A88X.  The ability to control the sound and amplification is outstanding.  The sound comes out very clean and accurate.  Users can color that sound to their own preferences by using the bundled applications to further enhance effects.  I really appreciated how clean the audio was coming from the front connections with a high end set of headphones.  When the audio was quieter than I wanted, even with the sliders all the way up, I was able to go into the control software and increase the amplification.  This should allow users plenty of freedom to adjust the volume levels to their liking.  In other news, I may be going deaf. 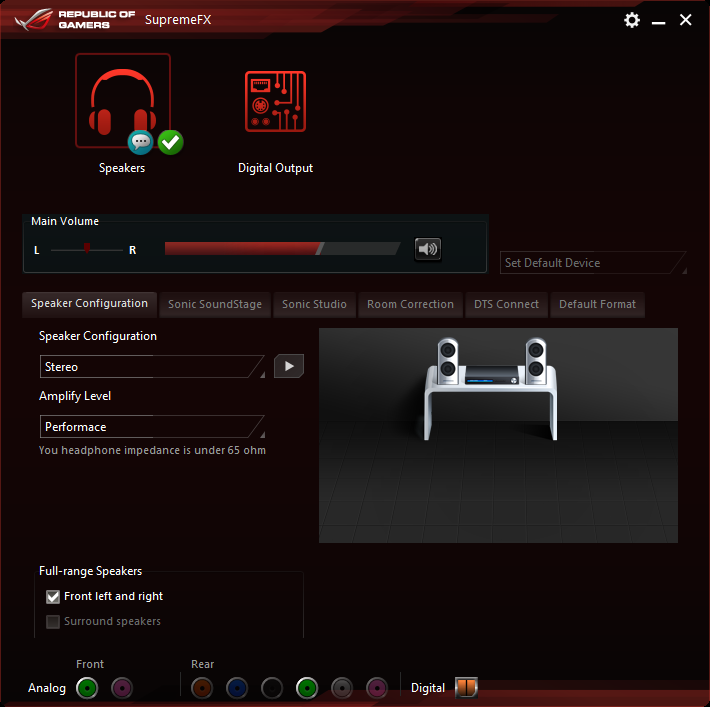 The audio functionality of the board is very impressive.  Note that the application takes note of the resistance value of the headphones that are currently plugged in.

I feel that overall that this is a much more focused board that is truly aimed at the enthusiast.  While the CPU side of the AMD APU is not entirely impressive, they are still fairly quick quad core parts that should not hold back users in many games or applications.  Some judicious overclocking will help that performance by a significant degree.  Users who will want to do a lot of compute intensive work that will leverage more than four cores will obviously want to look elsewhere.  We still have not seen a whole lot of HSA enabled applications, but eventually those will make their way into the ecosystem.  If and when that occurs, then the AMD Kaveri APUs might be a bit more desirable.

Before I forget, the BIOS battery is in a position where it can be easily swapped if needed.  Some might consider it an unconventional placement, but we cannot argue that it has excellent accessibility even with a larger than average video card installed.  Unless of course the user has a monstrous air cooling tower…