Listening tests using the selected audio tracks were performed with a Razer Carcharias audio headset as well as a 5.1 speaker setup to exercise the subsystem's audio fidelity. There were no distortion issues using either setup with sound reproduction coming though clearly. Oddly enough, sound reproduction was better with the Sonic Studio enhancements enabled with the 5.1 speaker setup, while quality suffered when enabled using the audio headset.

Even though the recorded audio remained distortion-free at all levels, audio pickup sounded muted until Microphone Boost was set to +20dB with recording volume set to 75. Sound pickup was enhanced yet negatively modified slightly with the Sonic Studio tools active, however. 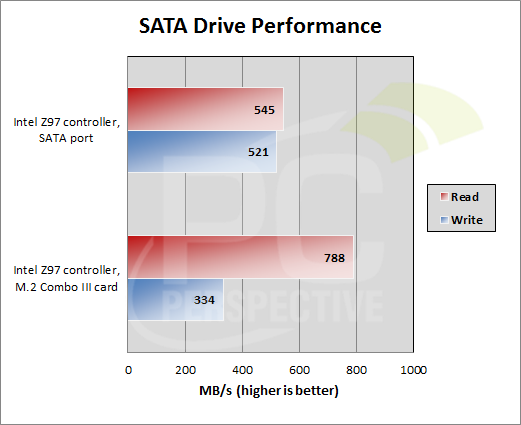 Devices on all ports performed well within expectation with the M.2 SSD overcoming the SATA read speed barrier because of its enhanced PCIe-based bandwidth. 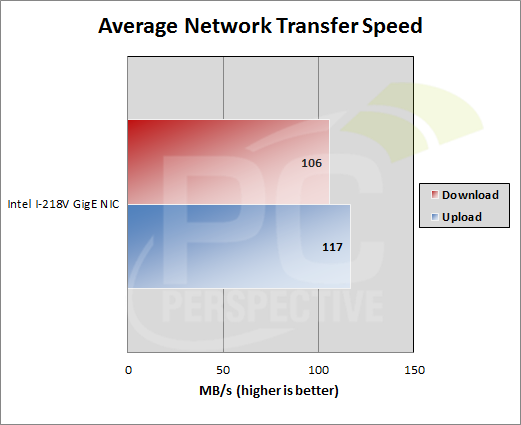 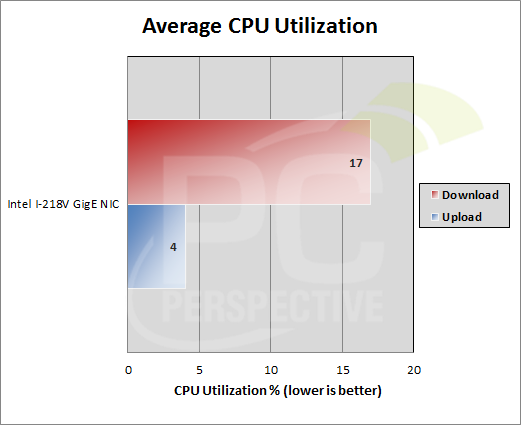 The Intel GigE NIC performed as expected with fill upload besting that of download by an average of 9 MB/s, at the upload speed average 117 MB/s. The CPU utilization was higher than expected during download tests, averaging 17% instead of the much lower 4% during upload tests.