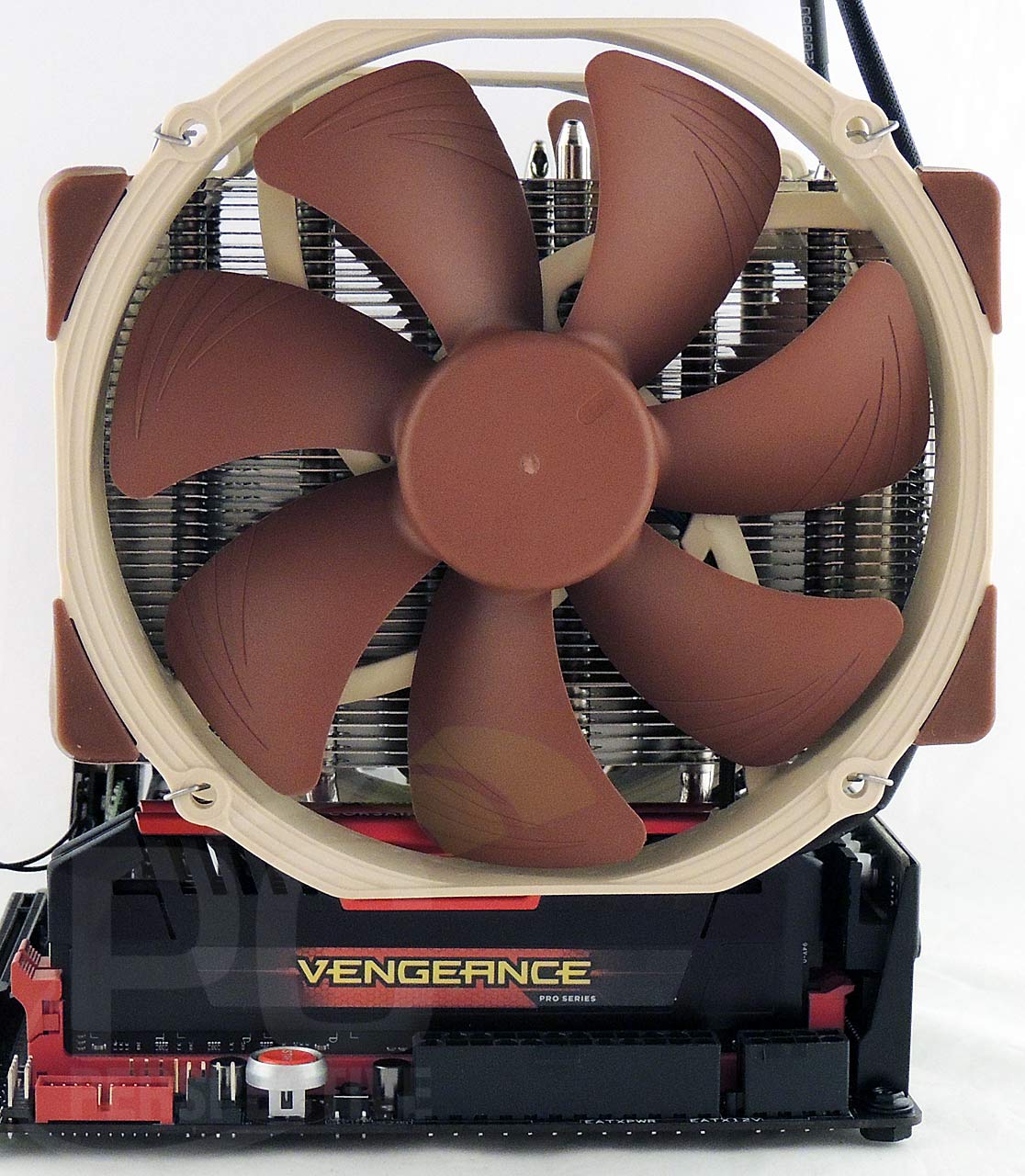 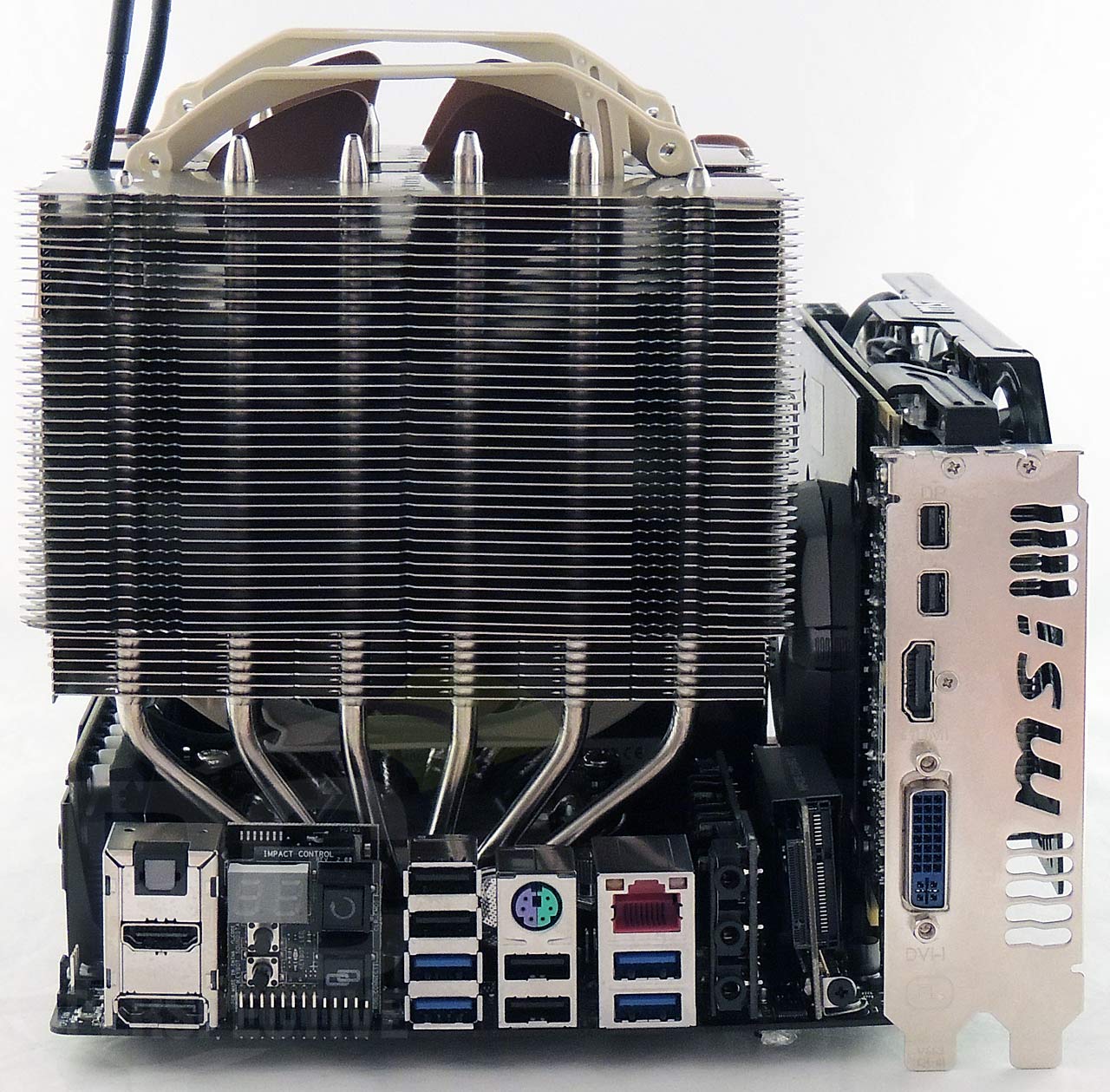 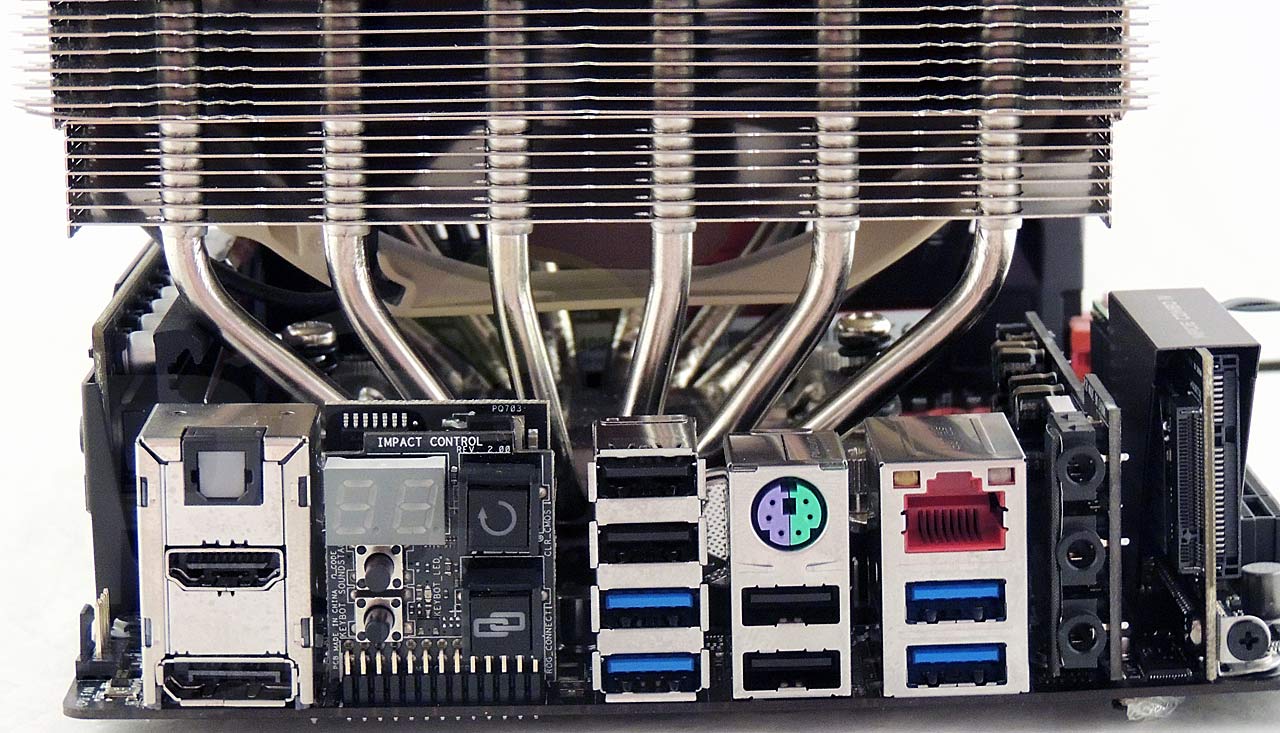 When running the unit blowing air towards the rear panel, there is more than enough clearance along the front and back sides to accommodate the cooler and any installed peripherals. The heat pipes do come close to contacting the power upright, but clear it without affecting the cooler seating to the board. The SupremeFX Impact II and Combo IV add-on cards are small enough to not conflict with the cooler or seated PCIe video card as well. 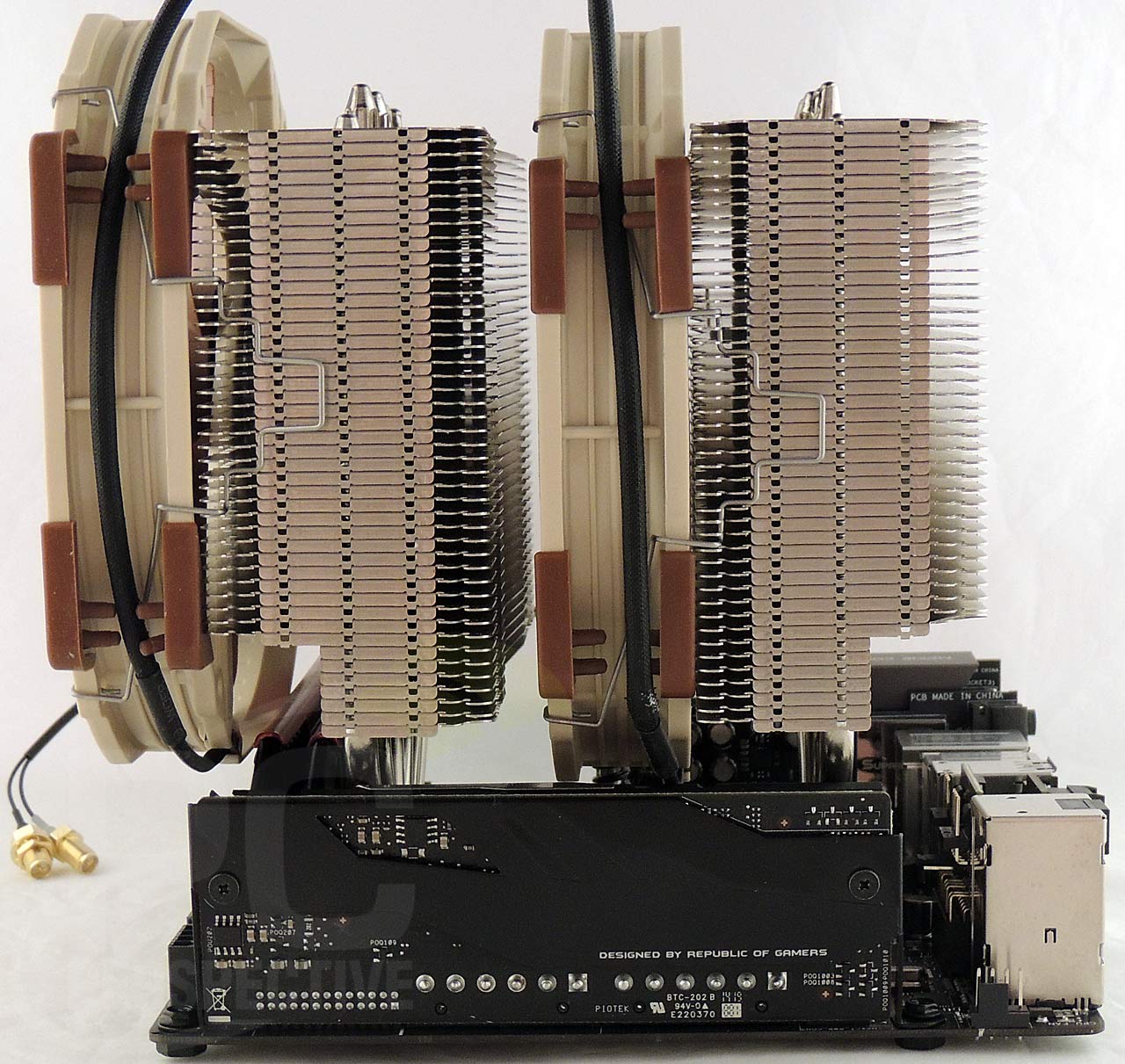 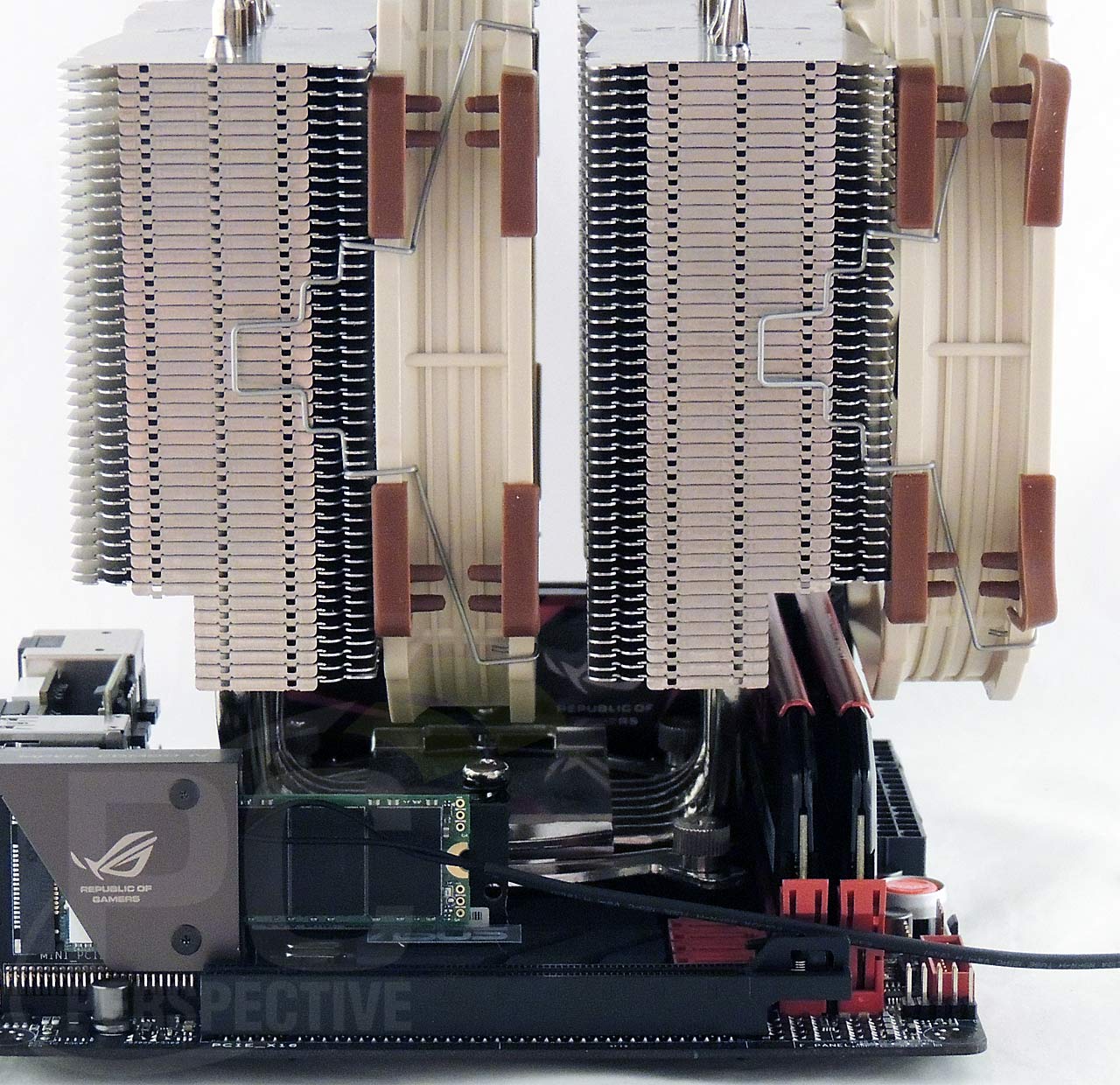 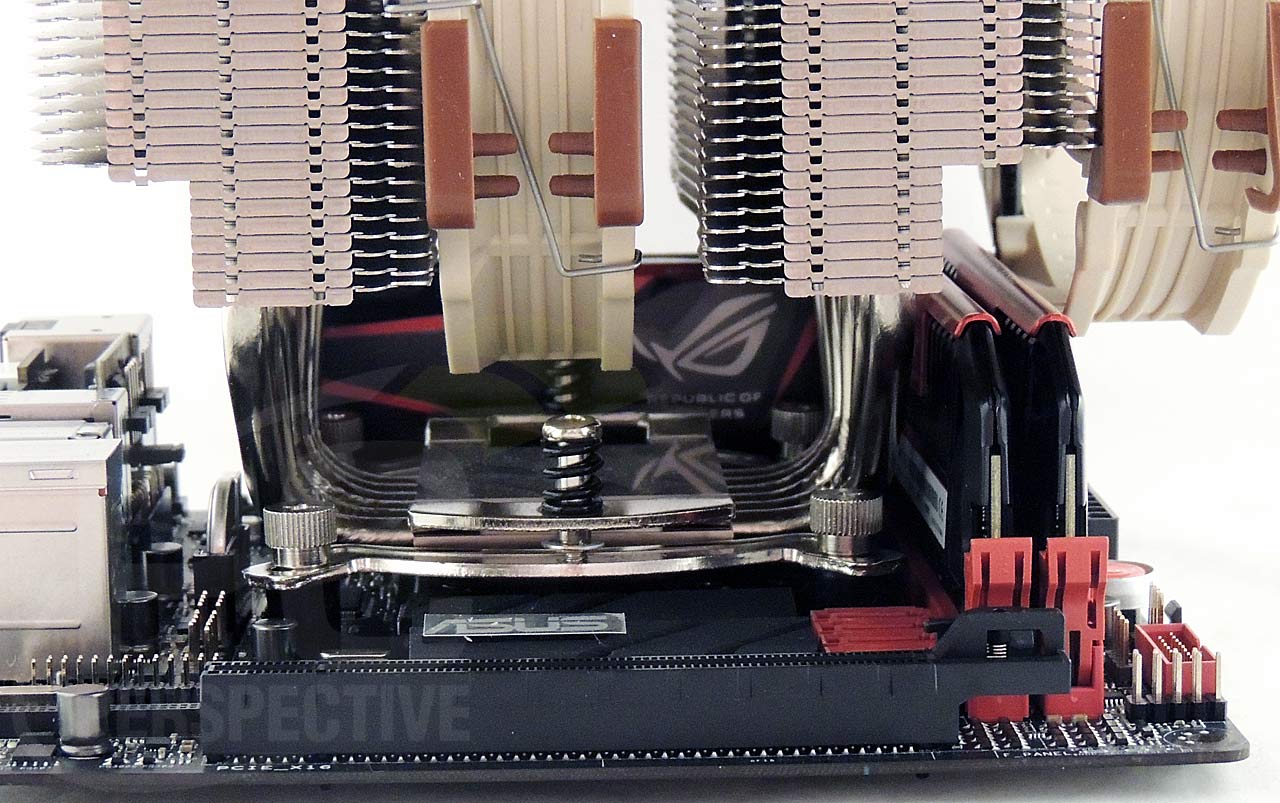 The side views illustrate that CPU socket is designed to accommodate even the largest CPU coolers, as long as the cooler is designed to adhere to the Intel design spec. There is sufficient room to the front of the board for larger memory modules and in the back of the board so that the CMOS battery and fan headers in the CoolHub module remain accessible. 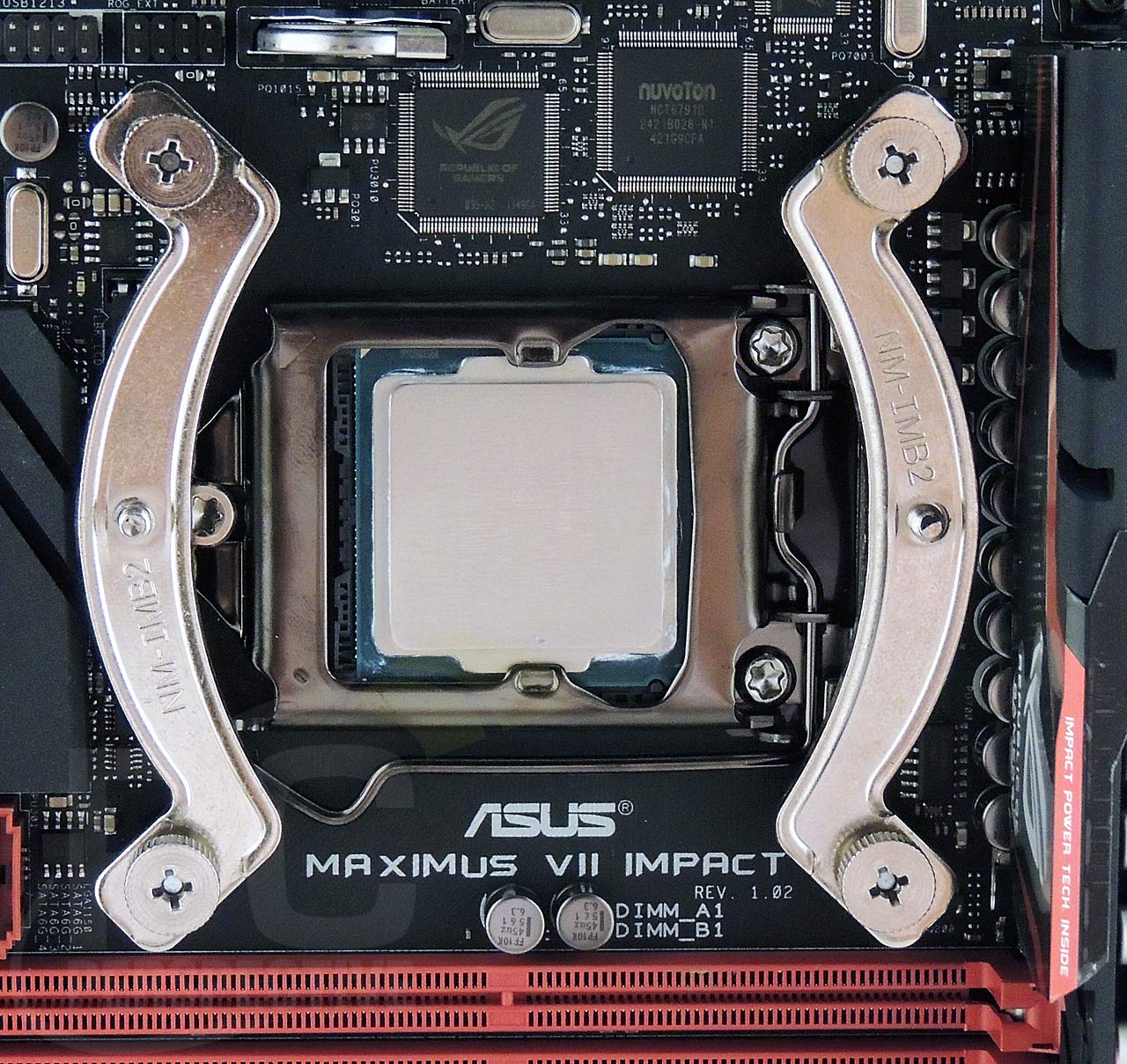 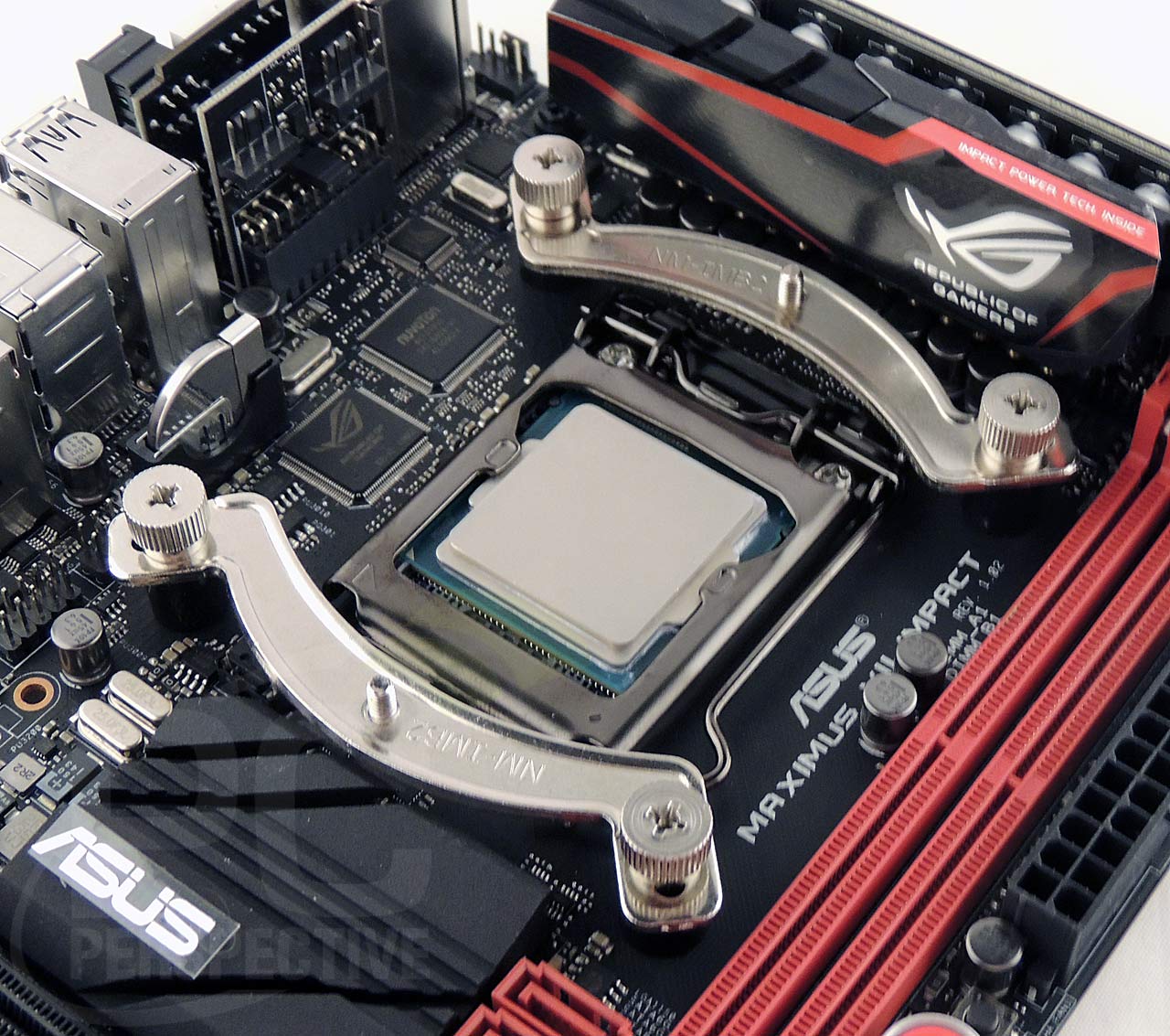 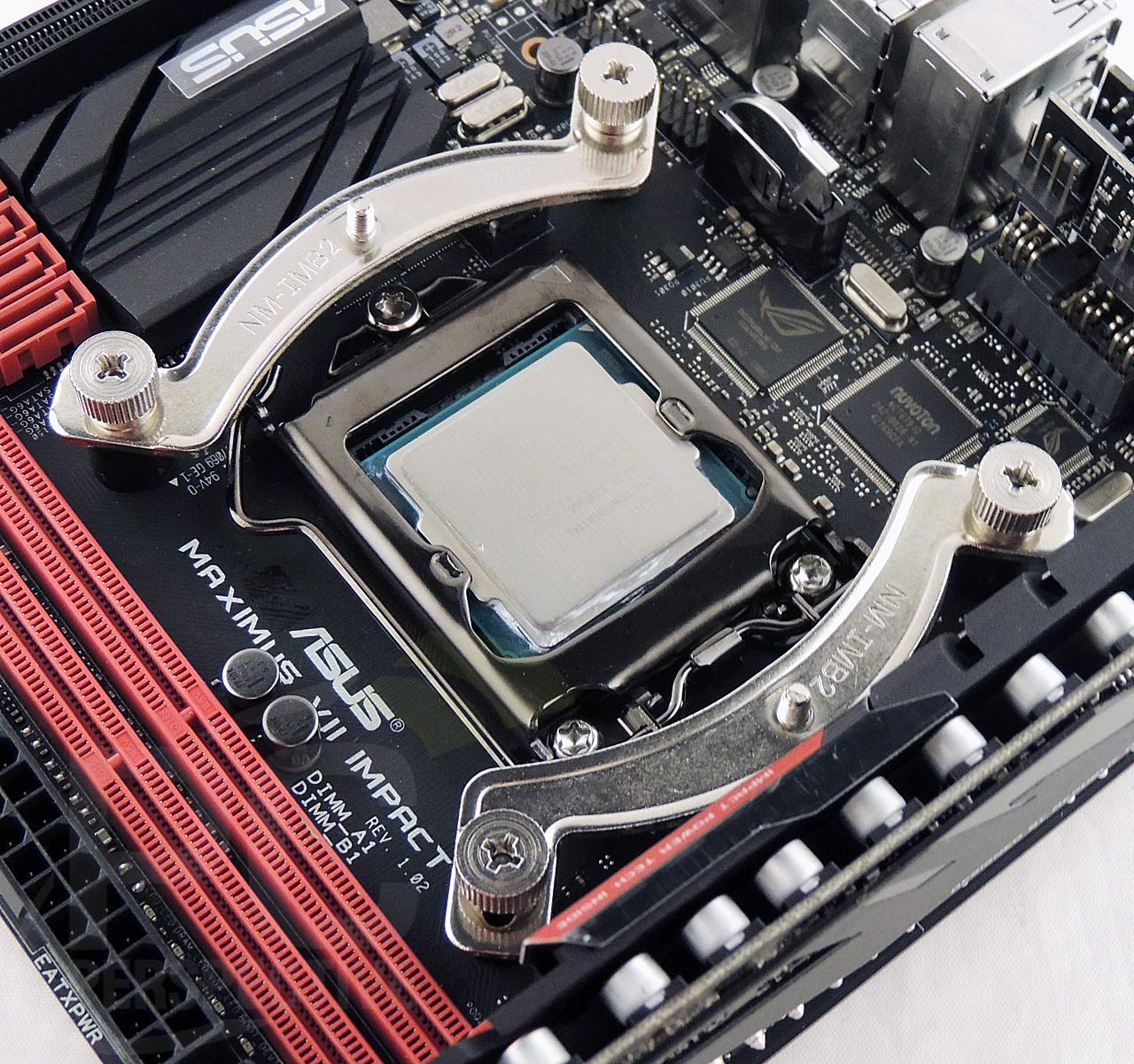 Noctua's SecureFirm2 mounting system is a good method to quickly determine how well the CPU socket laid out to accommodate a larger cooler. The layout of the VRM heat sink and memory modules around the socket does not impede the mounting cage in any way with more than adequate room on all sides to accommodate the hold down mechanism. Both the chipset cooler and on-board capacitors are low enough to fit underneath the cross brackets. 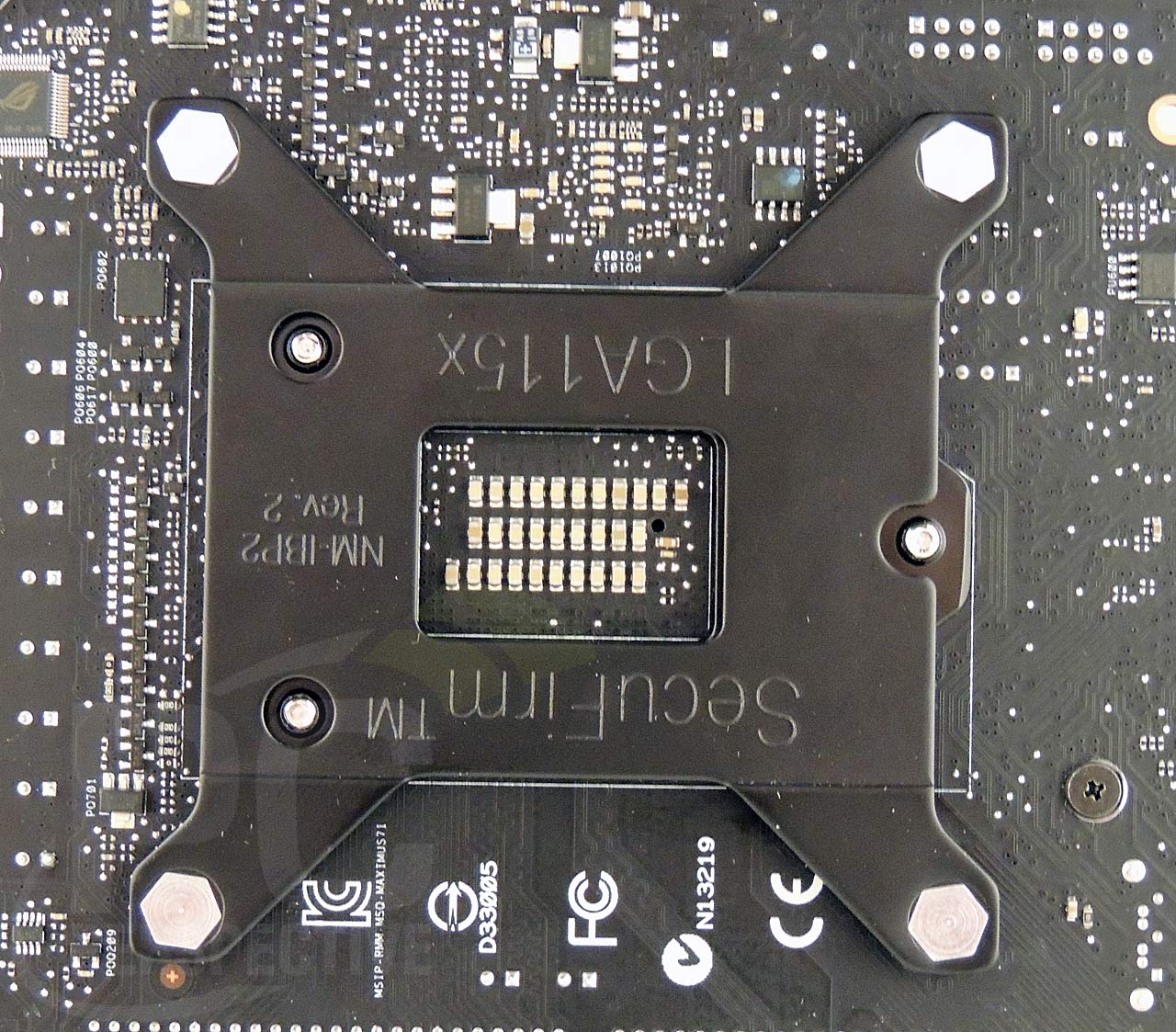 With the Noctua X-style mounting bracket, there are minimal conflicts and risk of damage to the underside components. However, if you used a mount that surrounding the CPU plate rather than sat on top of it, you could run the risk of crushing the components sitting in close proximity to the socket plate or in-line with the mounting holes.