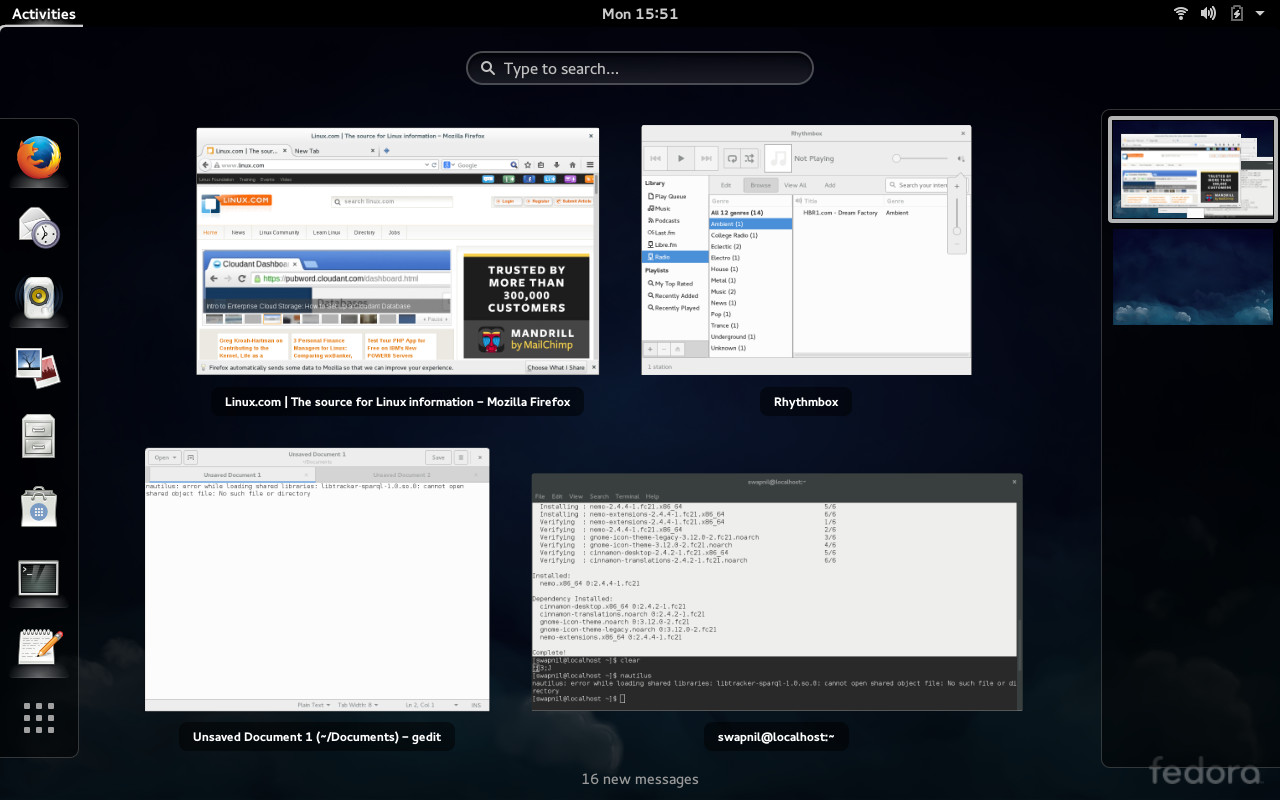 Fedora 21 has been released in three different flavours, each intended for a different usage scenario.  The Server version is designed for exactly what it sounds like while the new Cloud version has a modular kernel which is more friendly for being run on remote hardware and is likely to show up in Microsoft Azure's choice of image in their IaaS interface.  The Workstation version is the one that was examined at Linux.com and is likely to be the most common version installed by users.  Fedora has always been a choice for the brave as they tend to be on the cutting edge and while that does mean that they offer features unavailable on other flavours of Linux there can be the occasional bug or other obstacles.  Linux.com found only two so far, Nautilus aka Files stopped working and needed to be either reinstalled or preferably replaced with a better file manager.  The other was an unclear GUI during the updated installation process which is easily avoided once you have seen the screen more than once.  The positives far outnumber the negatives, this looks to be a great improvement on a solid OS and one which should retain its popularity with the software development crowd.  Read the article for the full list of included software and improvements.

"Fedora is among the most respected Linux-based distributions. Known as a bleeding edge operating system it offers the latest technologies at the earliest stages. It’s also known for working with upstream projects instead of patching things downstream."

The next big thing in mousing