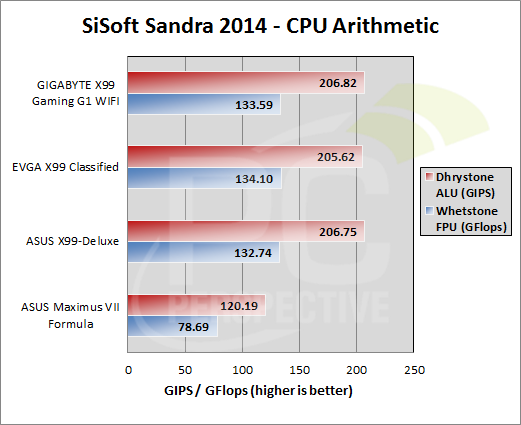 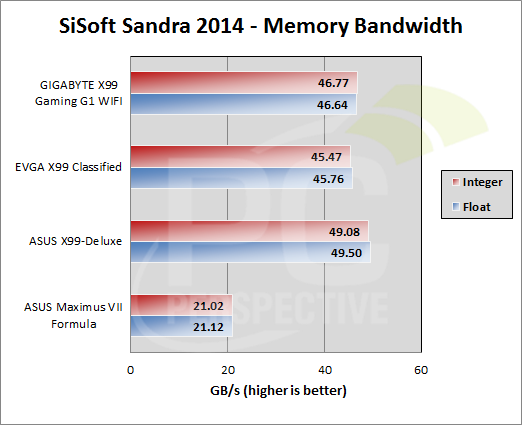 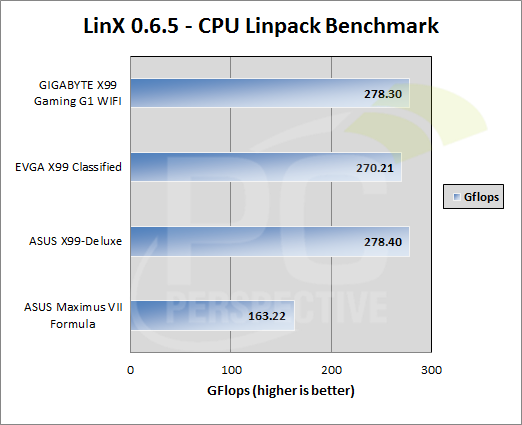 This CPU torture test is a proven method for identifying possible issues with the CPU to motherboard interface layer. The X99 Gaming G1 board again performs well in comparison to the other X99-based boards, further proving out GIGABYTE's proper design of the CPU to board interface. 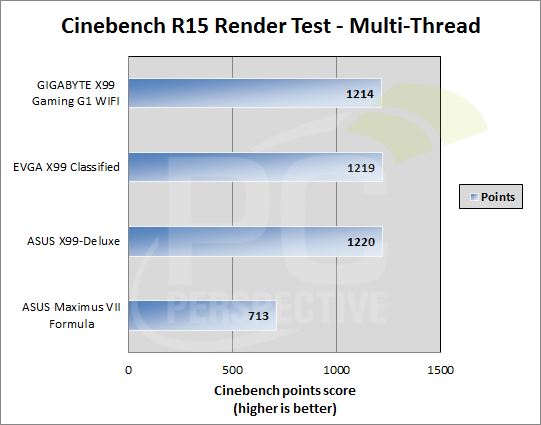 The X99 Gaming G1 board again makes good on its performance promises with no performance differences between it and the other X99-based systems.