Since this is such a simple design and with such a simple bridge controller, it did not take much to find the ultimate capabilities of it. We tested on several different USB 3.0 controllers under Windows 8.1 Update (UASP support was native since Windows 8). All controllers (Intel, ASMedia) delivered nearly identical results. 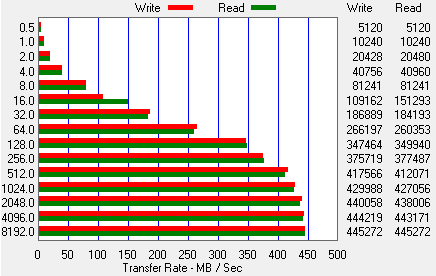 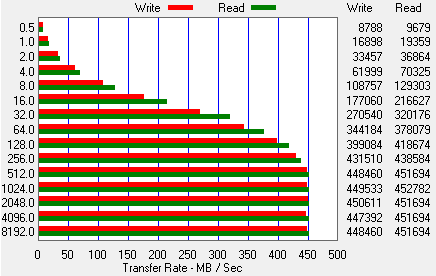 Note the improvement in performance at the higher queue depth. Anything higher than QD=4 saw no further improvement, suggesting that the JMicron bridge can only handle a queue that deep. This is not by any means a deal breaker, as the vast majority of use as an external device is not going to see workloads demand higher than four simultaneous operations.

That said, this SSD has significantly higher random access performance when directly connected via SATA, but this is still very good given that the data is passing over USB.

The FE2005 is available at Amazon for $19. They have also very recently updated this to a newer FE2006 model, which is $2 cheaper and employs a different closing method. The newer model removes the lock, but adds the option of connecting external power. While we had no issue powering the most hungry drives, external power would help in cases where the device was on a longer cable or connected to an unpowered hub.

As far as external USB to SATA enclosures go, the Inateck FE2005 is about as simple as they come. It's only plastic, but more than adequate for most applications. The performance was very good considering its simplicity, and the price is low enough to pick one of these up even if only for the occasional OS cloning / upgrade process. I'm personally eyeing one of their new 3.5" docks, as desktop HDD's also see a benefit from queued commands, making those media copies and backups even faster than before.