With stock finally back in reasonable amounts, it’s time to dive into some retail cards, starting with the MSI GTX 970 Gaming!

It has been a couple of months since the release of the GeForce GTX 970 and the GM204 GPU that it is based on. After the initial wave of stock on day one, NVIDIA had admittedly struggled to keep these products available. Couple that with rampant concerns over coil whine from some non-reference designs, and you could see why we were a bit hesitant to focus and spend our time on retail GTX 970 reviews.

These issues appear to be settled for the most part. Finding GeForce GTX 970 cards is no longer a problem and users with coil whine are getting RMA replacements from NVIDIA's partners. Because of that, we feel much more comfortable reporting our results with the various retail cards that we have in house, and you'll see quite a few reviews coming from PC Perspective in the coming weeks.

But let's start with the MSI GeForce GTX 970 4GB Gaming card. Based on user reviews, this is one of the most popular retail cards. MSI's Gaming series of cards combines a custom cooler that typically runs quieter and more efficient than reference design, and it comes with a price tag that is within arms reach of the lower cost options as well.

MSI continues with its Dragon Army branding, and its associated black/red color scheme, which I think is appealing to a wide range of users. I'm sure NVIDIA would like to see a green or neutral color scheme, but hey, there are only so many colors to go around. 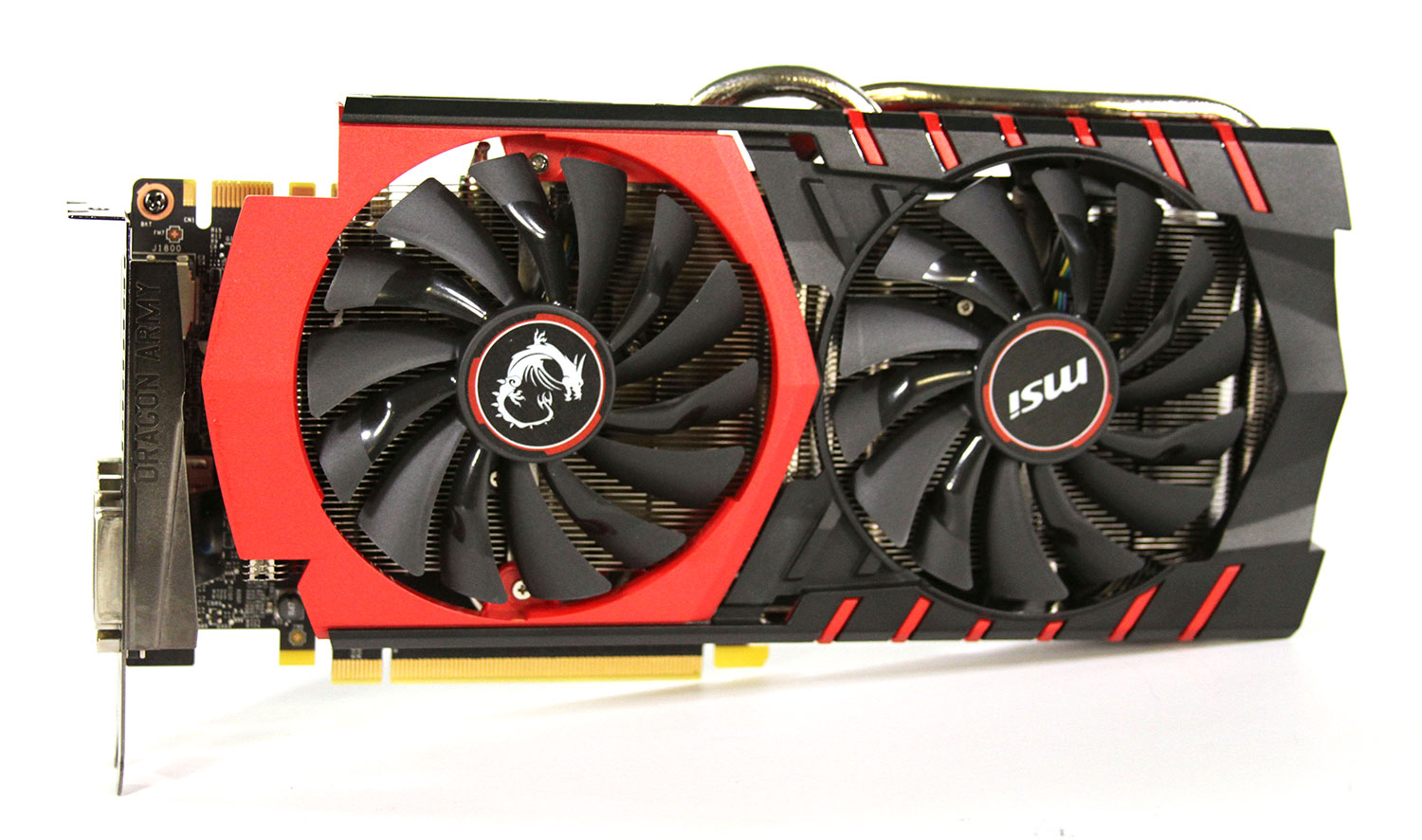 The GTX 970 Gaming features a pair of large, wide blade fans that can keep the GM204 GPU cool and the noise produced low. The card is taller than a typical PCI Express card, so you will want to keep that mind if you are building in a Mini-ITX case where space is at a premium. 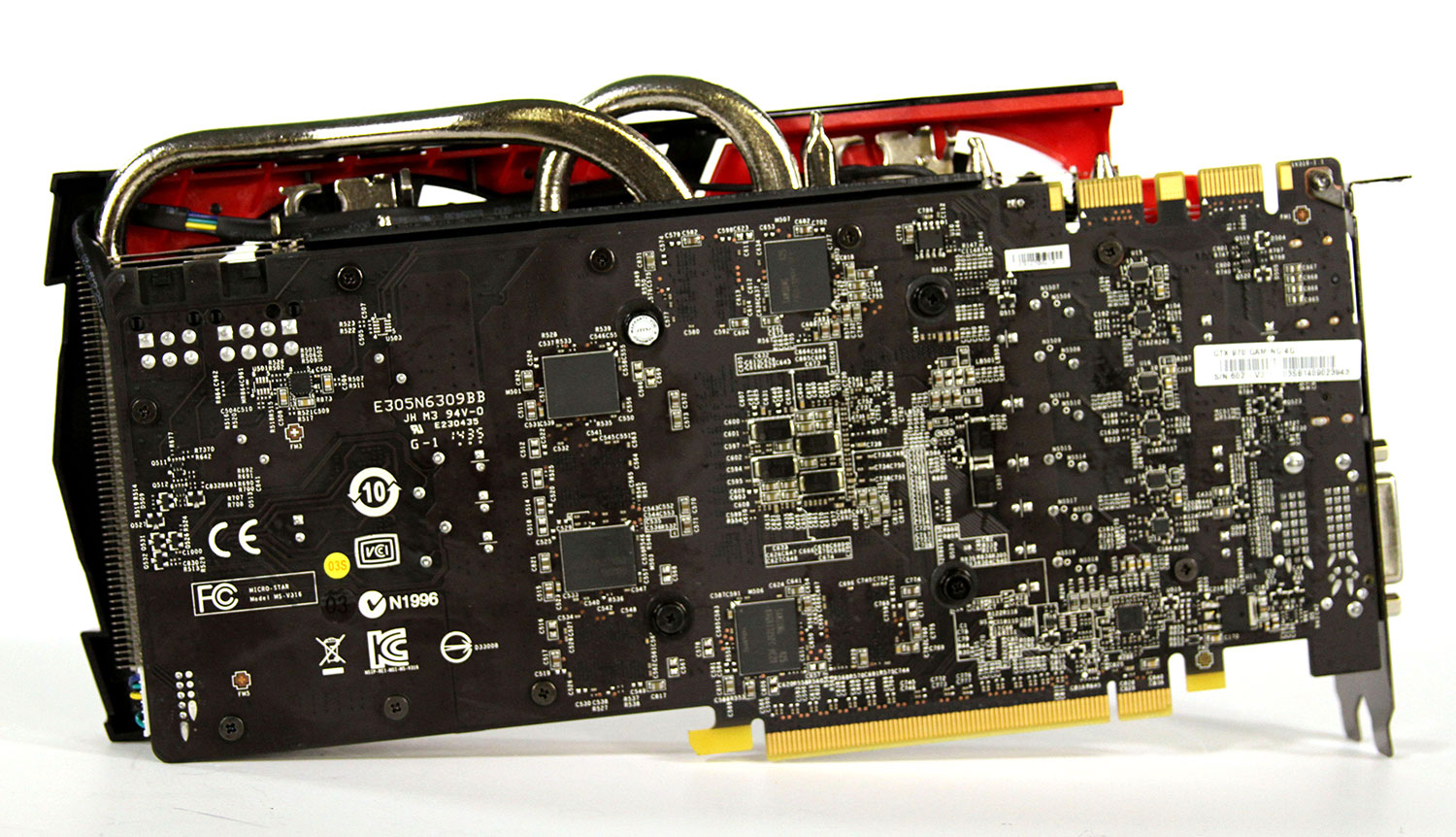 The back side of the card is open as MSI chose to not include a back cover, which is disappointing.

Cooling is handled by a multiple heat pipe design that is more than capable of keeping GPU temperatures low. The heat pipes themselves can get pretty hot to the touch, so be careful if you are swapping the card in or out of your system. 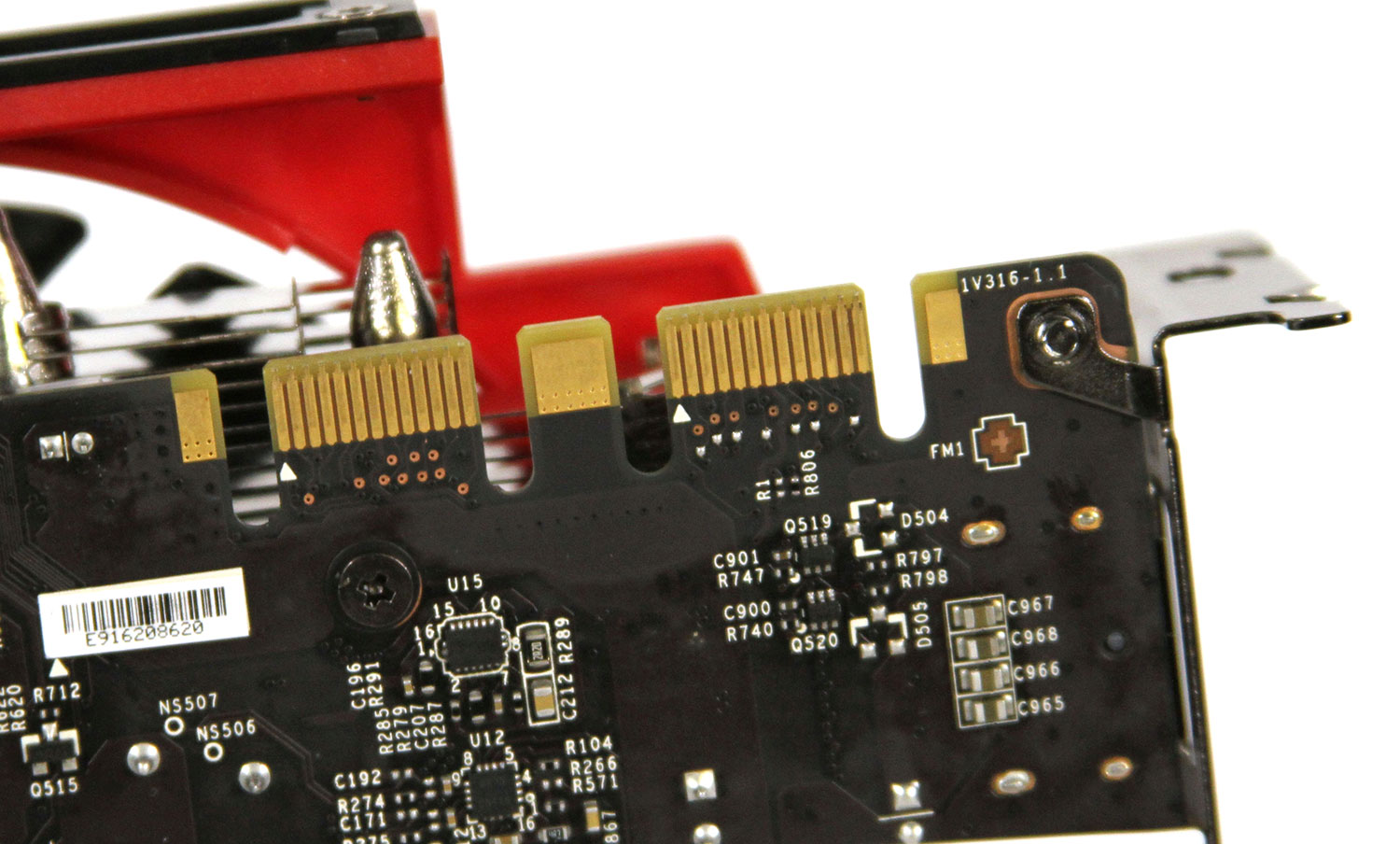 MSI's Gaming card does support 2-Way and 3-Way SLI but, if you want to go the route of triple cards, then you aren't going to be able use any fixed PCB SLI bridge (such as NVIDIA's own that they are selling on their website). The fan shroud blocks one of the SLI connectors.

For display connectivity, you'll find a pair of DVI connections, a full-size HDMI, and a full-size DisplayPort connection. Anyone looking for multiple DisplayPort outputs (such as for more than one G-Sync monitor) are going to be let down.

Not so Ultra anymore