Now that we have taken a look at our gaming tests using our Frame Rating metrics and testing methods, we are including a set of tests from more standard benchmarks, like Unigine Heaven and the new 3DMark benchmark.

I consider these tests to be somewhat of a "best case" for all the cards in our comparison.  We aren't using our frame capture system, we aren't measuring frame latency, we are doing nothing like that; I think this should give you an idea of graphics performance if each vendor had the best result for each game. 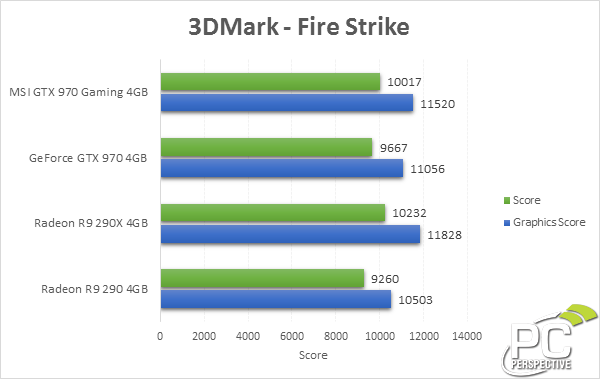 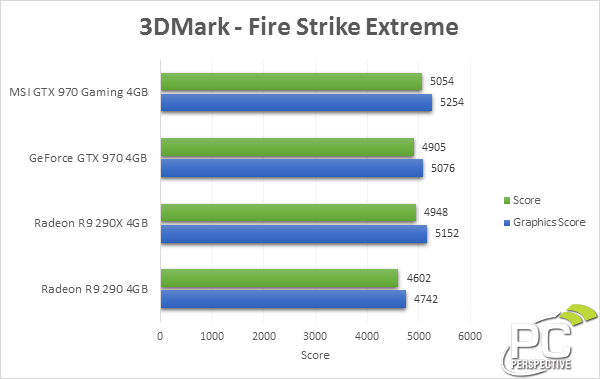 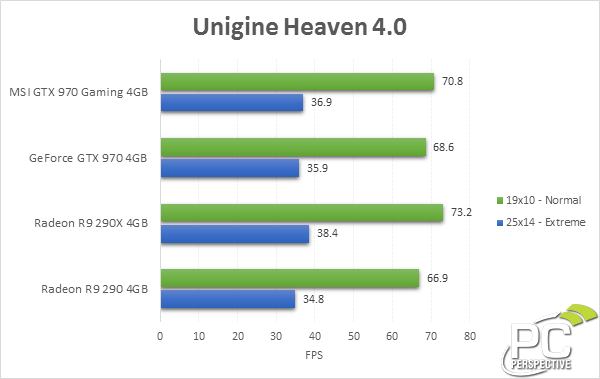 In Unigine Heaven, you can see the slight edge that the overclocked GTX 970 Gaming has over the reference design, allowing the GM204 part to best the R9 290, but it still stays behind the R9 290X.