Although we’ve already covered this subject fairly heavily in Ryan’s GTX 980M write-up, we’ve still included a few of the most significant gaming tests we perform for sake of record-keeping and comparison.  The GTX 980M, in case you missed it, is a real wonder in terms of mobile performance.  The particular variety found in the GT72 carries a superfluous 8 GB of VRAM, too.  For more information and an elaborate exploration of the GTX 980M’s intricacies, don’t miss Ryan’s article.  It’s great.

We begin our contextual journey with a little bit of synthetic testing as always. 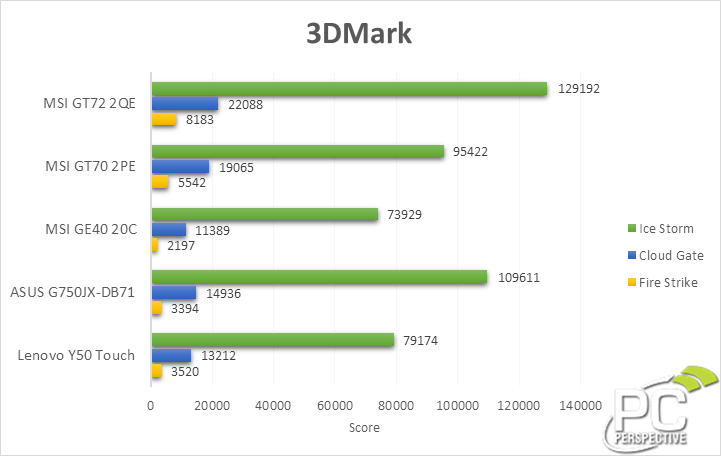 Allow us to open this discussion by clarifying that we did not make a mistake in preparing our graphs.  The GT72 literally scores 48% higher in Fire Strike, which easily takes the top spot as the new category leader.  That’s just an insane jump over the GT70. 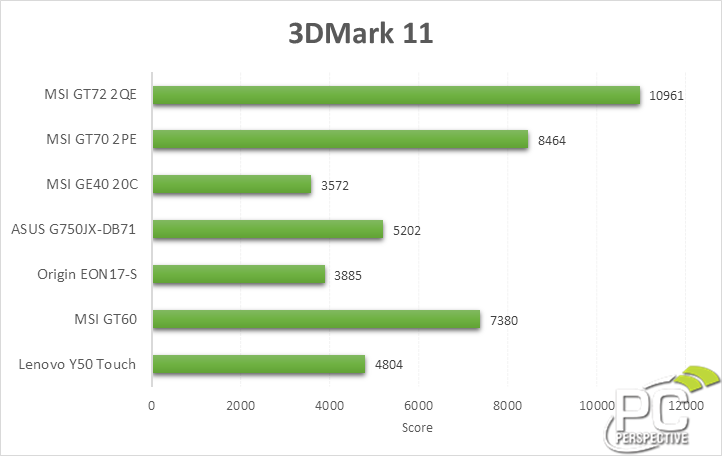 Jeepers.  Yet again, 29.5% higher than the second-place candidate (once again, the GT70).  We can only hope these results pan out in our actual gaming benchmarks.

So let’s find out! 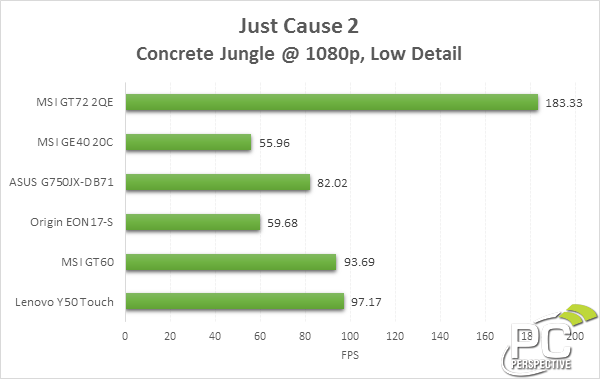 We’re not even going to justify this with a comment.  (Note that the GT70 skipped this benchmark due to some technical difficulties.) 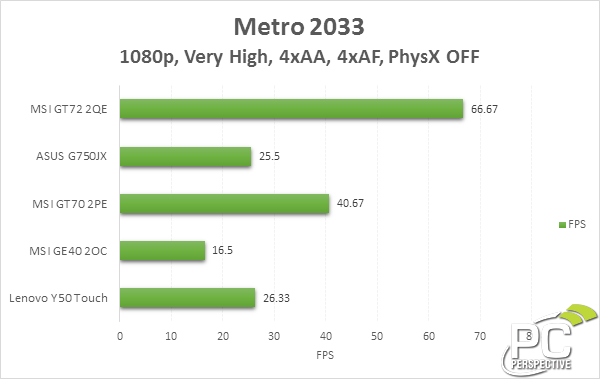 That’s a premium of 64% over the GT70, which already nearly managed to double the score of the Y50 Touch and ASUS G750JX.  Does it get any clearer than this? 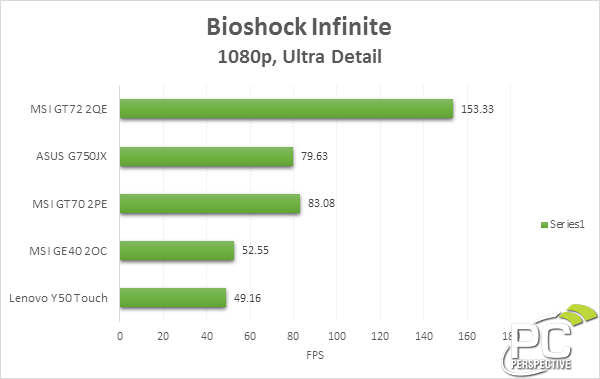 Our final benchmark witnesses the biggest premium of all: an 84.6% jump over the GT70’s performance.  The message is clear: if you’re looking for ultimate mobile gaming performance, look no further than the GT72 and the GTX 980M.  As of this moment, it’s literally unparalleled. 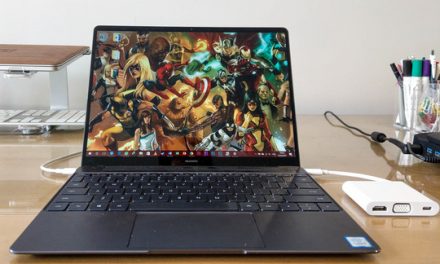