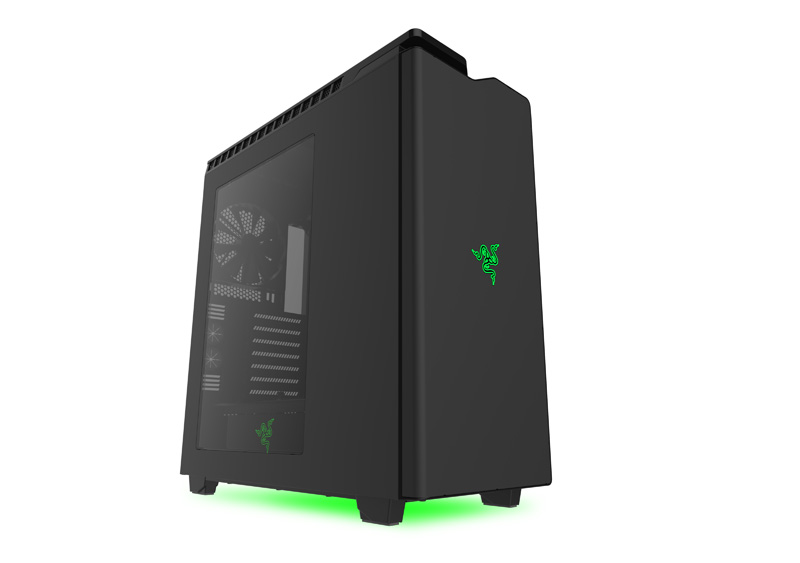 A Look Inside the H440 Razer 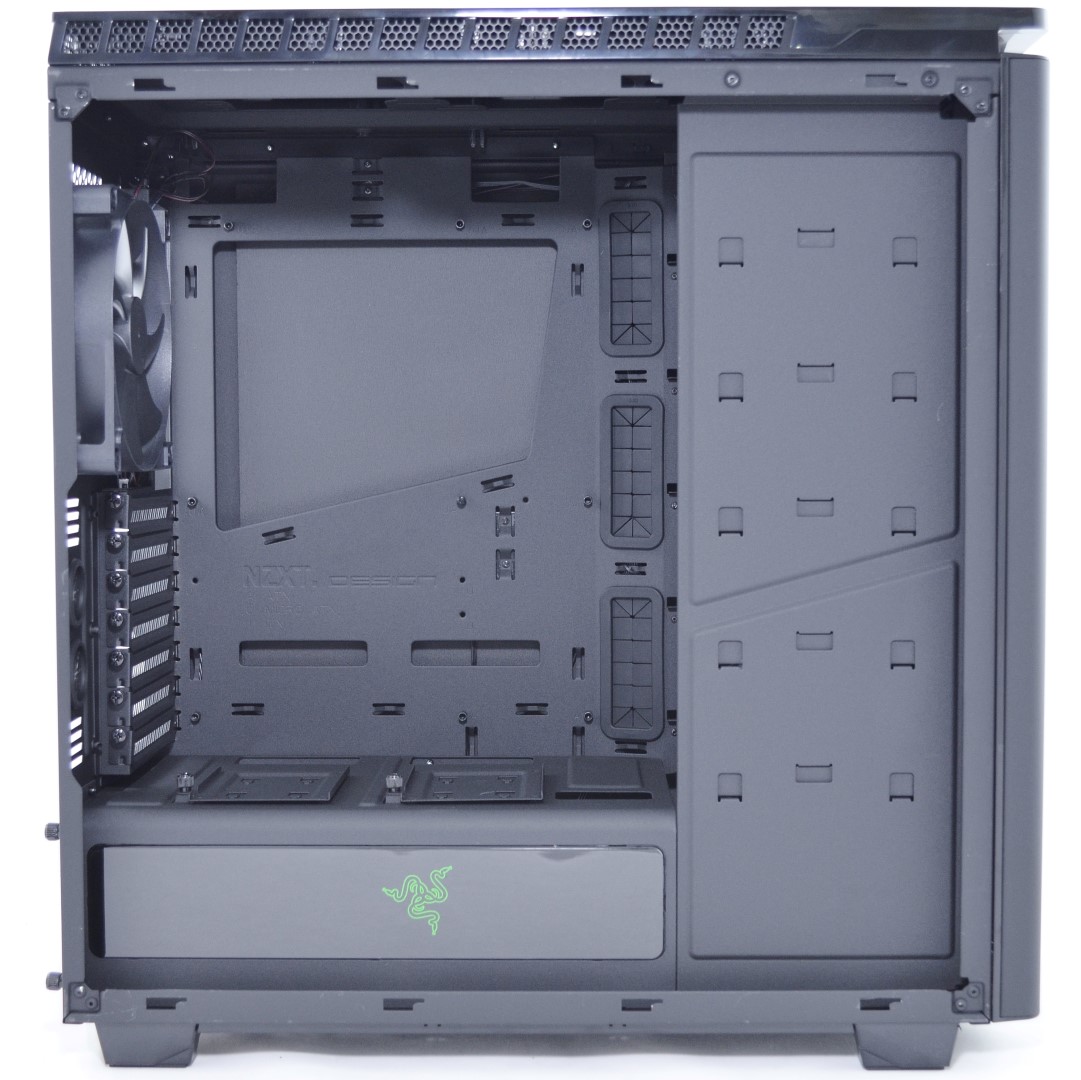 Once open we see a bit of a departure from the typical ATX mid-tower. Where there is usually a large space visible beneath the motherboard tray, here we see a metal cover (with another lighted Razer logo). Over on the right side there are no optical drive bays at all, and the entire front area of the case can be devoted to hard drives. These are held in individual trays accessible from the opposite side.

The side panels are secured with thumbscrews and were actually a little difficult to remove. (The matte paint seems to add a bit of friction.) 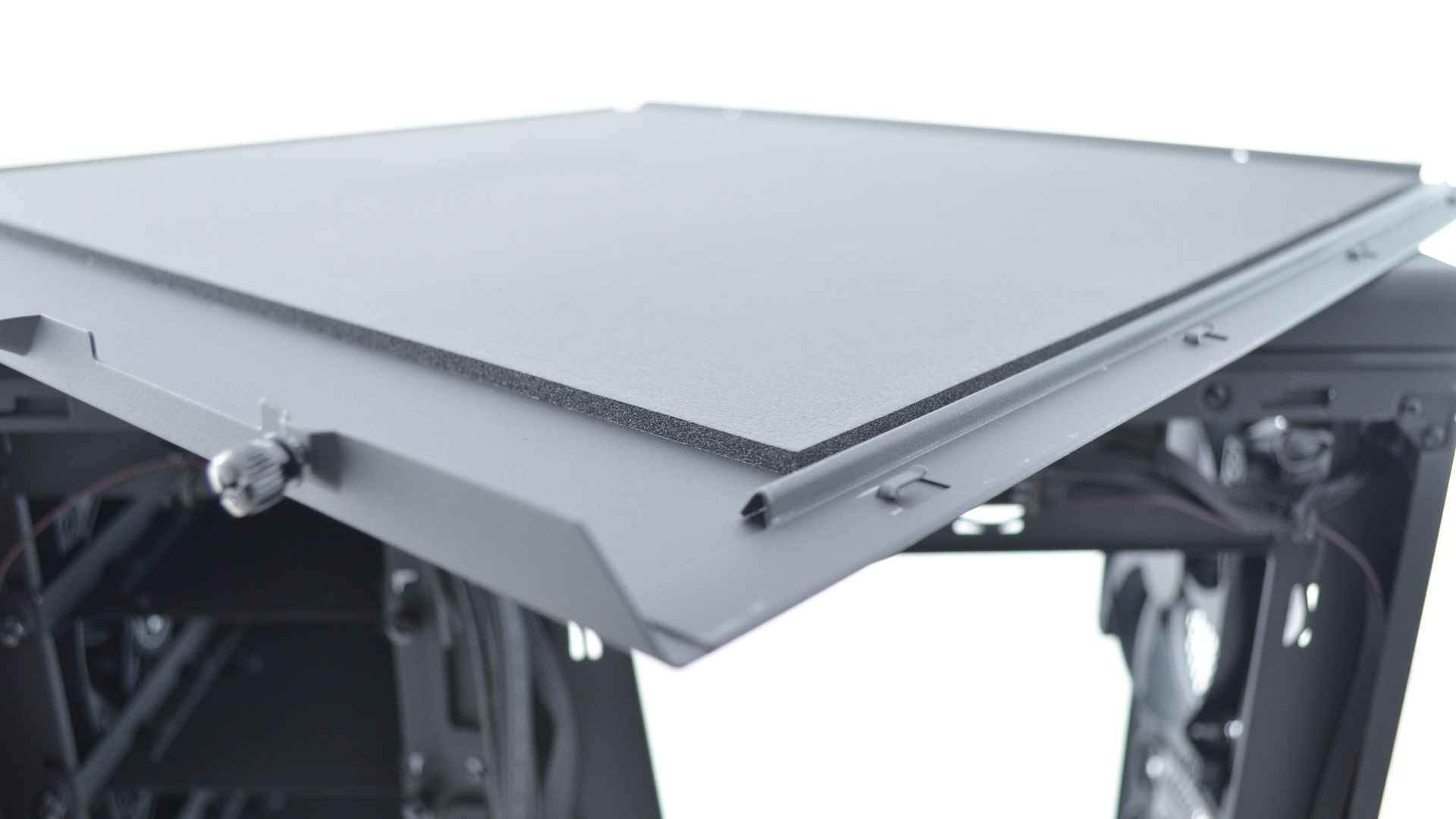 The door panels are lined with a noise dampening material 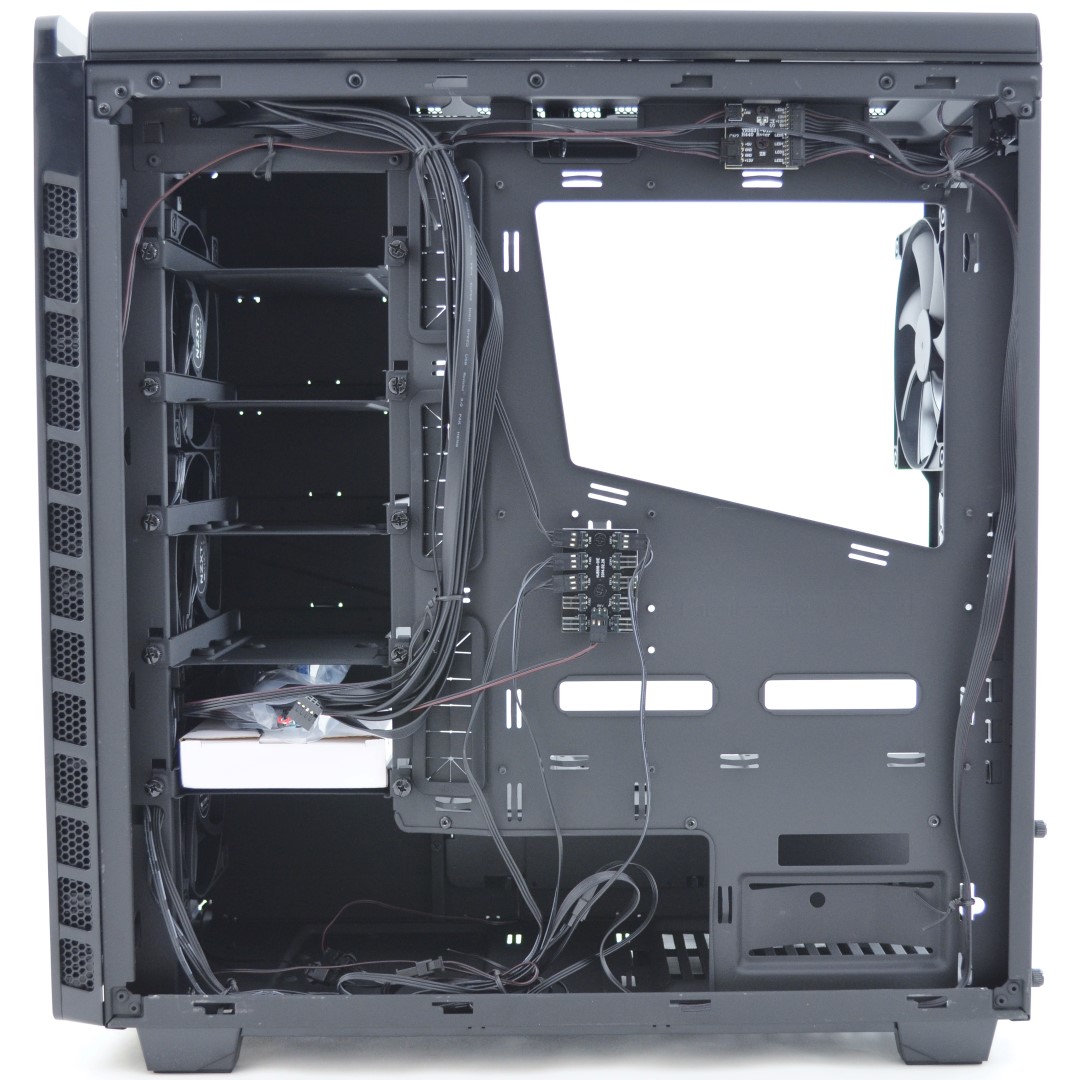 Around back we see the stack of hard drive trays along the left side, each held in place with two thumbscrews. The motherboard tray features a large cutout for easy cooler installation, and we also see the powered fan and lighting control boards behind the motherboard tray. 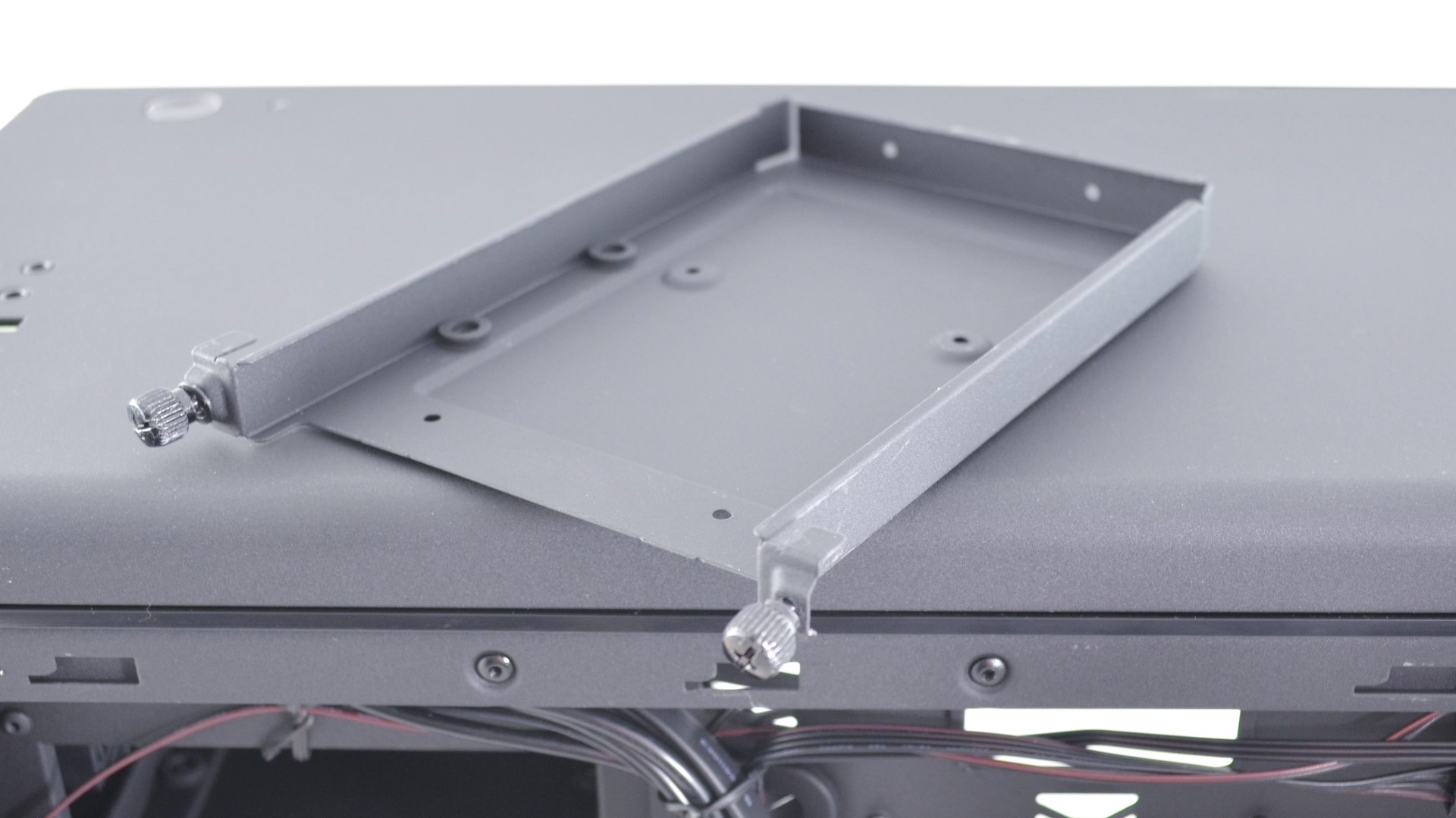 One note here on the HDD trays, as these are actually not on a full track. Each tray must be positioned to rest on a lip at the back of the chamber, and then it will slide securely into place (otherwise it simply falls in). I found it easy to install a drive tray if I peered in toward the back to make sure it was lining up properly, but it would have been nice to see a full track to allow these to simply slide in. 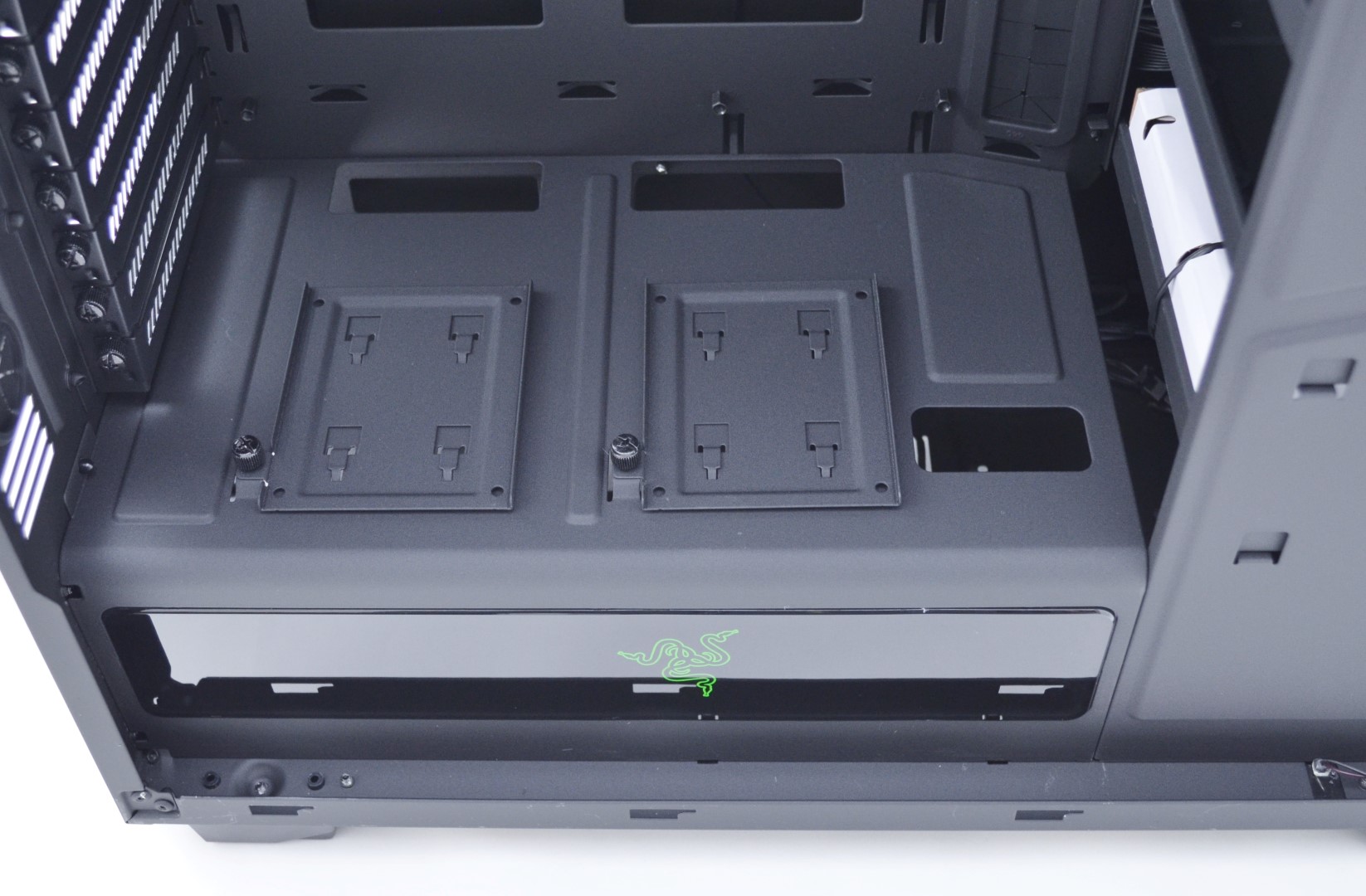 Below the motherboard the floor of the case is much closer to the components than usual for a mid-tower case, but this isn't a problem at all. This space was used to provide two 2.5" drive bays, which are easy to remove with a single thumbscrew each.

Here an SSD is installed on one of the removable trays

Since the power supply (and any related cable mess) can be hidden away under the unique cover at the bottom of the case, installing the PSU is a little different than usual here. 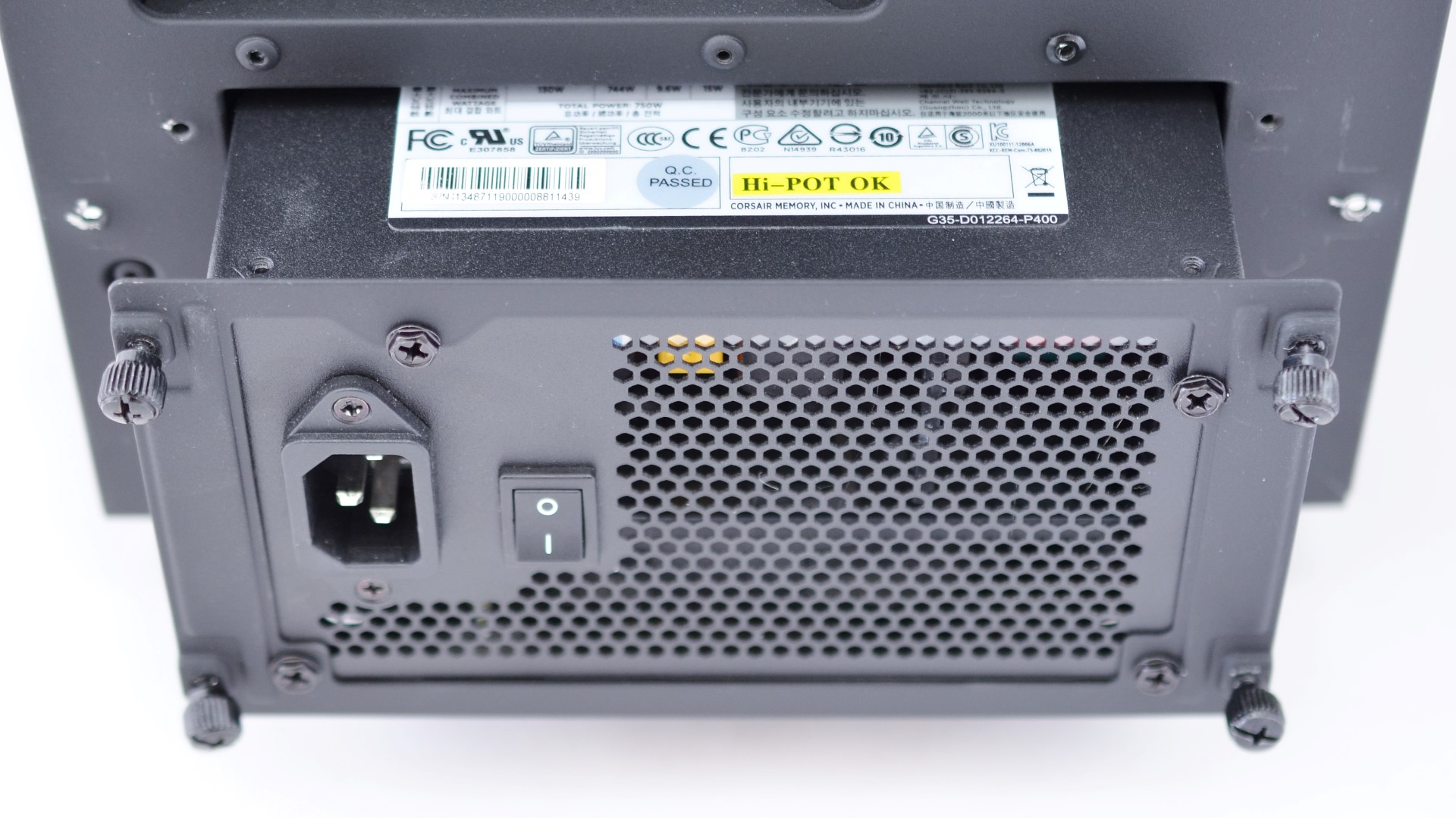 To make installation simple, the PSU is attached to a mounting bracket first and then it simply slides into place.

There are plenty of options for keeping the system cool, beginning with the pre-installed fans. No less than three 120mm rifle-bearing fans are pre-installed for air intake. 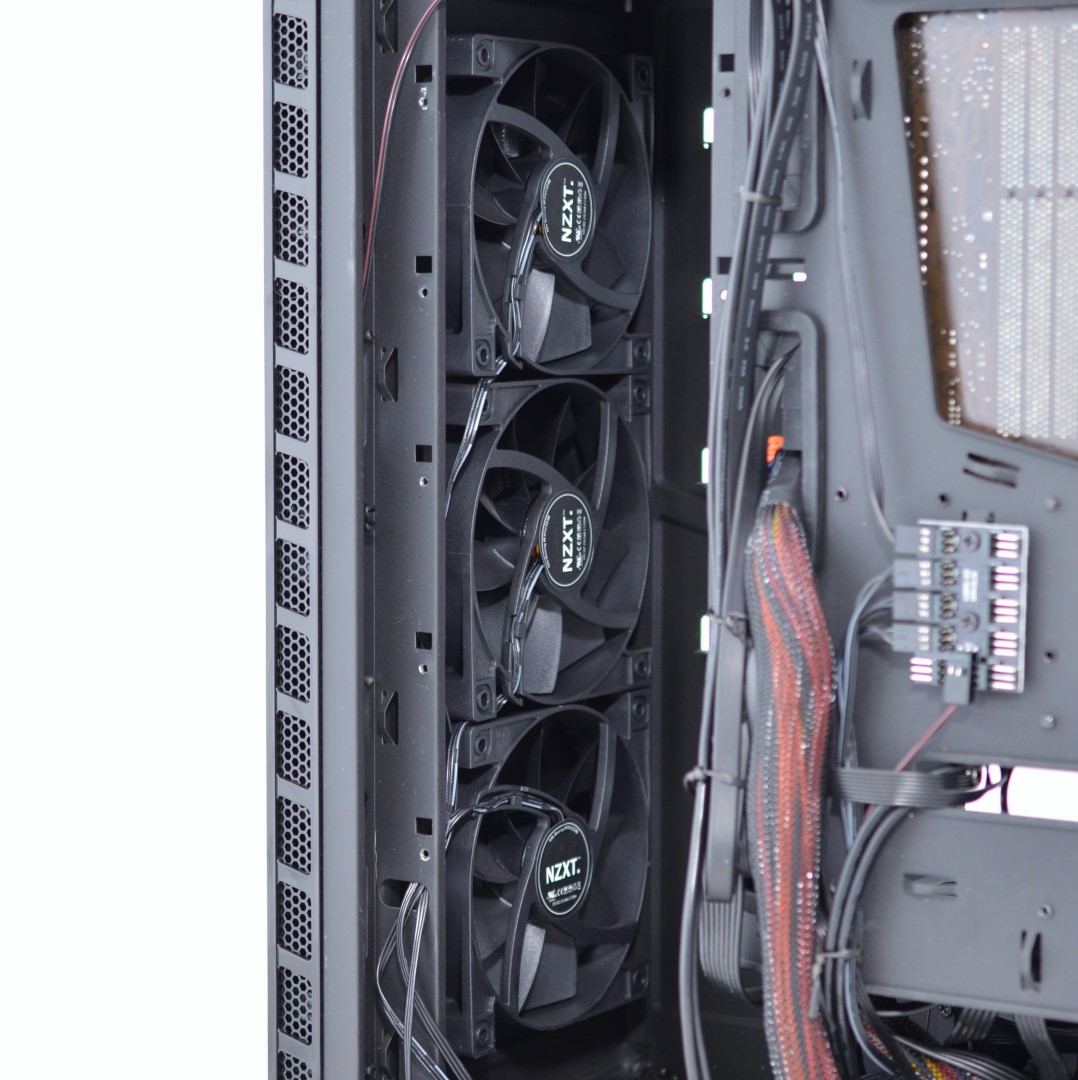 Rifle-bearing fans are provided, which should exhibit lower noise with a similar lifespan to ball-bearing models

There is a vent along the right side to allow air in, and the included fans use this to create positive airflow across the components without adding much noise. The front panel is constructed of a single piece of steel with insulation behind it to help dampen fan noise. 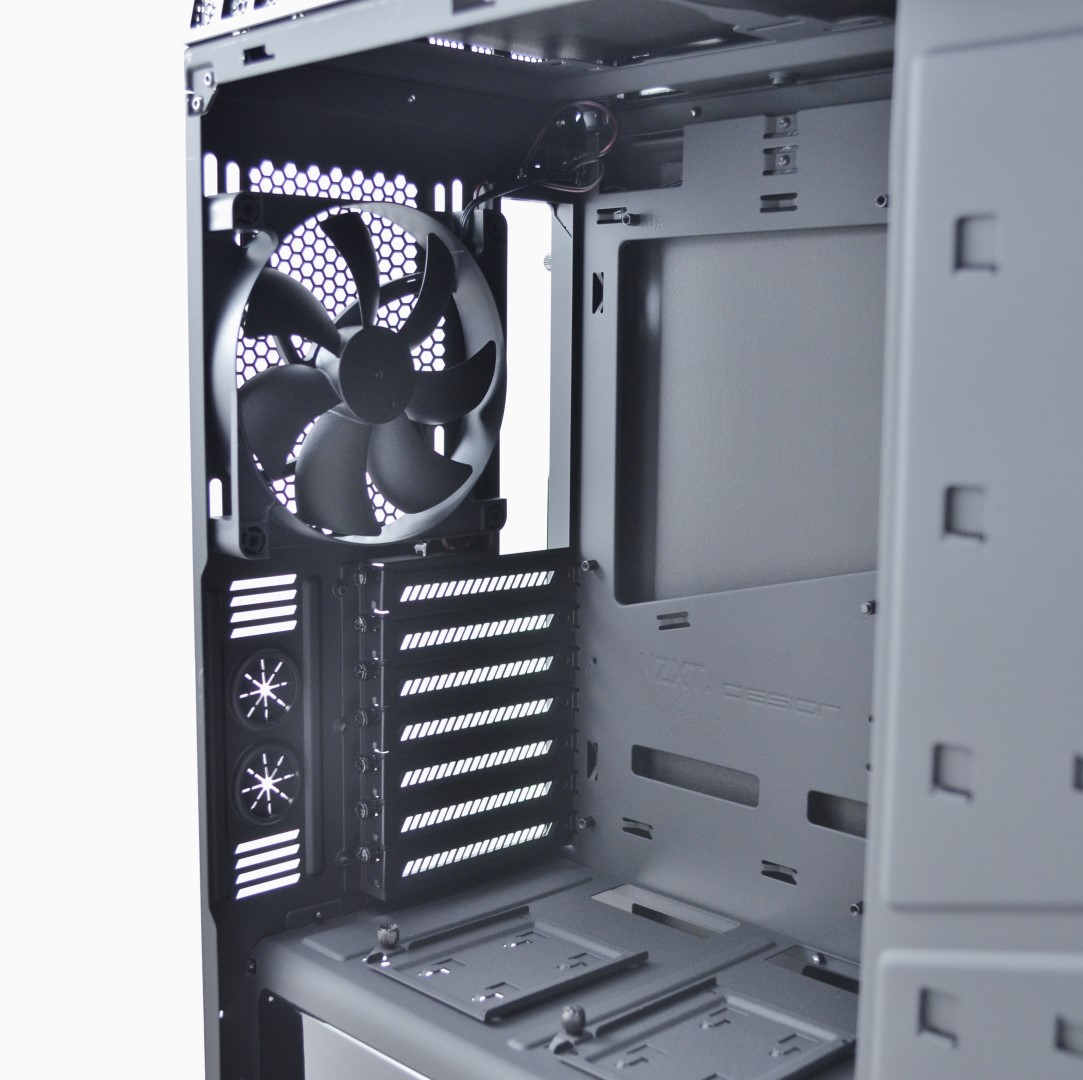 A 140mm fan is installed to exhaust air out the back

In addition to the front fans and the usual rear fan mount (occupied by default with a 140mm fan), there is the option of mounting a radiator up to 360mm on the top of the case, and this is vented identically to the front.

Next we'll take a look at the completed build and see how the case performed! 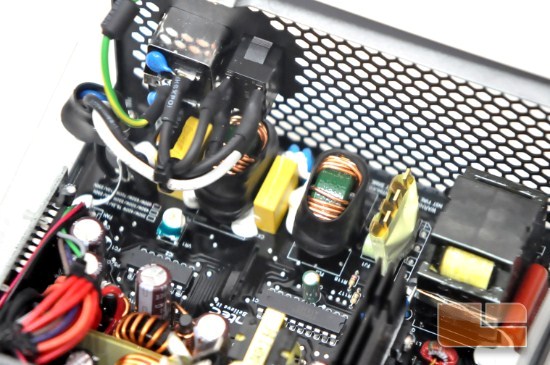 Get Platinum power for about $100

Even ATI recommends it