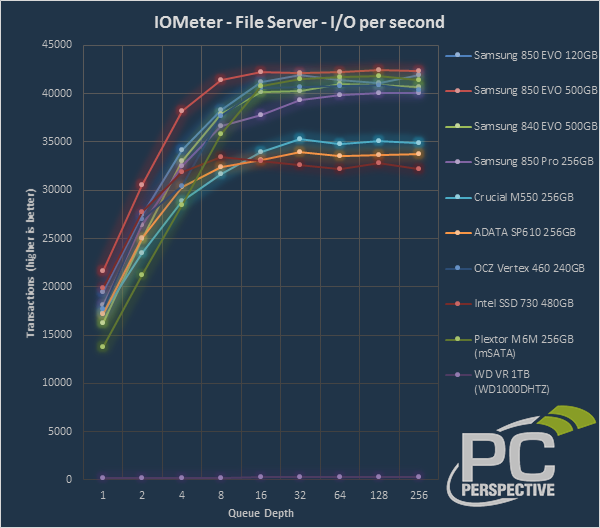 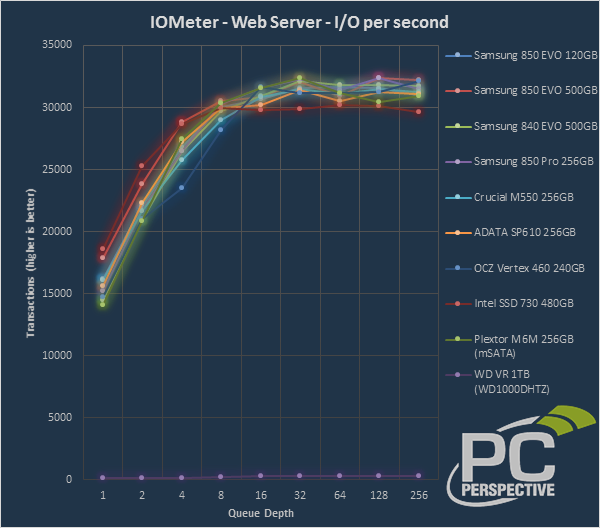 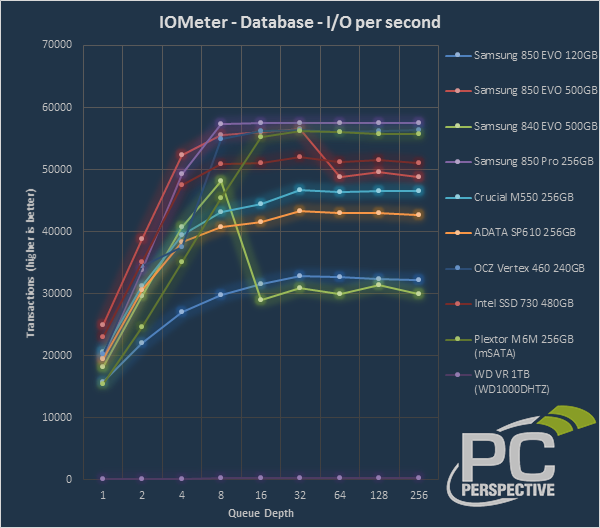 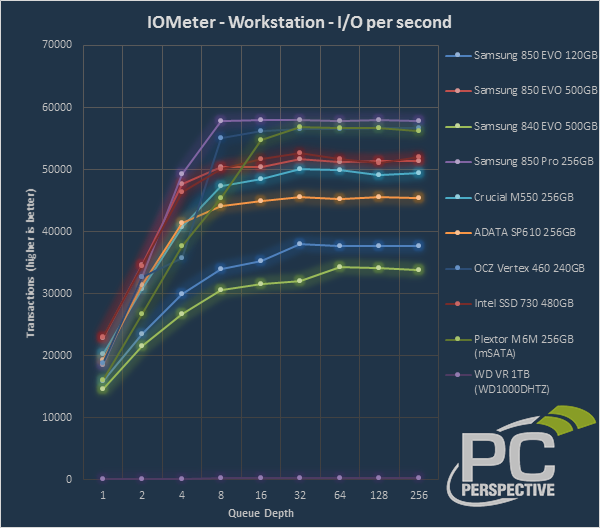 First a bit of a caveat – we run this test in a tight sequence on purpose – we want the best possible baseline controller and flash performance, but without fragmenting that flash in the process. This means the sequence is run very tightly (short on time). EVO's use their TurboWrite cache for as long as they can in the test, but eventually run out. The charts are presented int he sequence in which the tests were run, and you can see something changes during the Database test. The 120GB 850 EVO runs out of cache at QD 2-4, followed by the 500GB 840 EVO at QD 8-16. The 500GB 850 EVO holds out until QD 32-64, suggesting either more efficient caching, or perhaps a slightly larger SLC cache allocation.

Now with the cache action explained, let's look at the results. Where TurboWrite is able to do its work, the 850 EVO performs extremely well here. Note the top performance in the File Server test. Having SLC take care of the writes while the TLC area handles the reads is about as good as having two independent SSDs for each type of operation. End result: The 500GB 850 EVO wipes the floor with the competition in every single data point, all the way up to QD256. While SATA devices only handle QD <= 32, the nice flat line above that maximum suggests very good performance consistency. 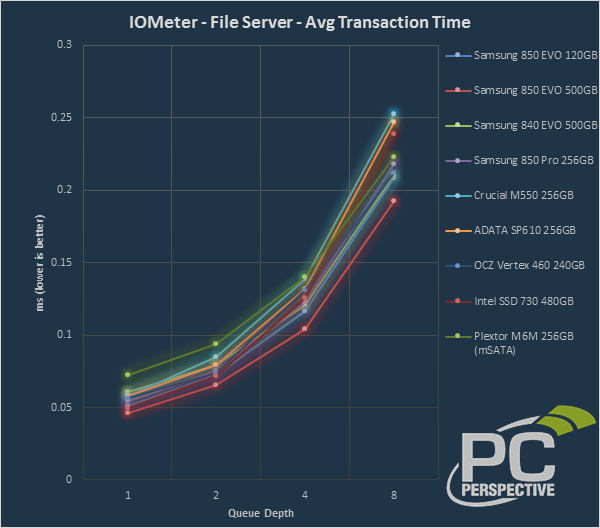 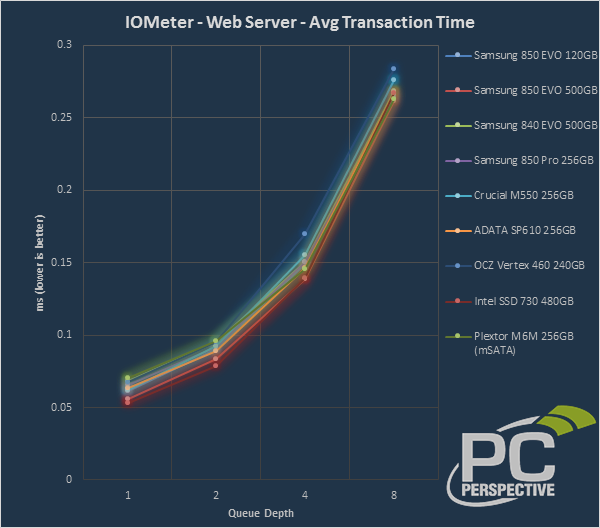 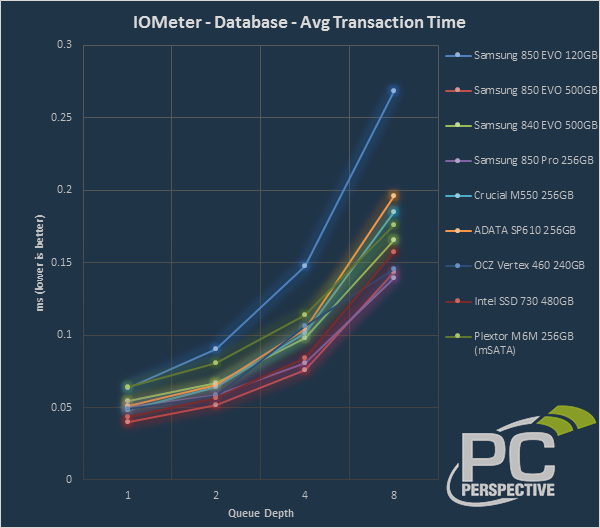 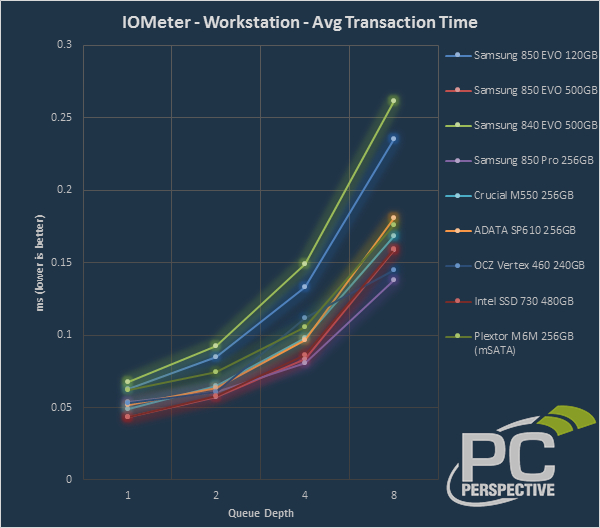 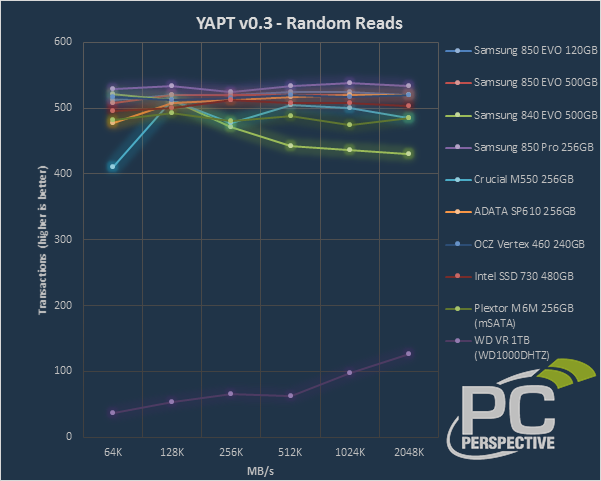 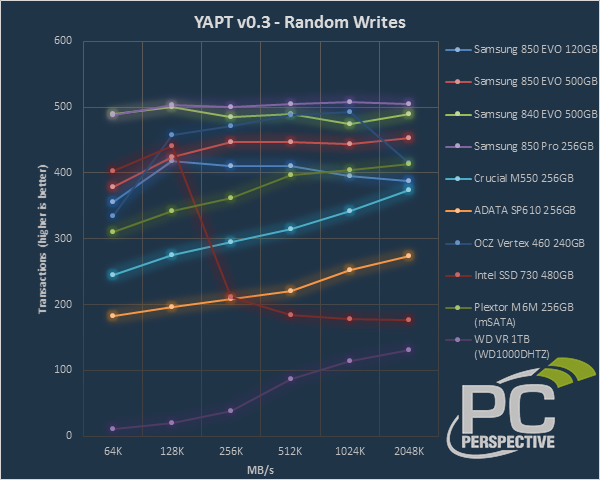 Performance optimizations appear to be better suited to 4k aligned with the new 850 EVO's, however they do still perform very well in the face of misaligned random writes.